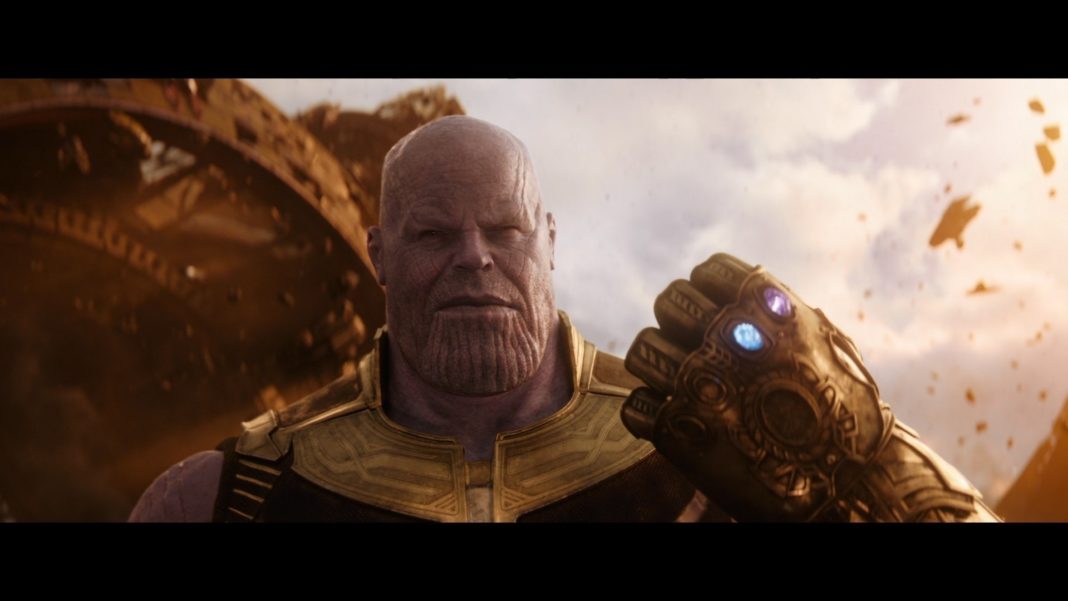 Ok. Have you had time to let everything settle? To go through multiple viewings of the Infinity War trailer? Has your brain had enough time to calm down from the unfathomable amount of amazingness that was presented? Probably not, but here we are anyway.

Unless you’ve been under a rock, Marvel let Christmas come early and delivered the first official trailer for Avengers: Infinity War. There is so much to dissect from only a two- minute-plus snippet of random scenes, so let’s take an easy approach: here are ten things that definitely stood out from the Marvel trailer to end all Marvel trailers.

Ten years and nearly twenty movies have all led to one moment — Thanos making his way through a portal to go mano-a-mano with Earth’s Mightiest Heroes.

The big purple Titan is as intimidating as advertised, especially after taking down Spider-Man and Iron Man with one hand. Throw in the multitude of monologues perfectly delivered by Josh Brolin, and Thanos might shatter that reputation that The MCU churns out lackluster villains.

“In time, you will know what it’s like to lose, to feel so desperately that you’re right, yet to fail all the same.” Come on… that’s just chilling right there.

So, here’s the part where we’re supposed to believe Marvel just dropped a major plot point — that The Black Order will knock off Vision and rip the Mind Stone from his forehead. All signs point to this, but I fully believe this is some slight of hand.

The scene of Vision’s attack is similar to later moments involving Captain America and Scarlet Witch, leading this MCU fanatic to believe that Nomad-Cap comes to Vision’s rescue, causing Thanos to lose faith in the Black Order and opt for a more hands-on approach.

Age of Ultron was not everyone’s cup of tea. However, everyone can agree on one thing: the Hulkbuster vs Hulk throwdown was awesome. It’s about time Veronica was called back into action once again. On the other hand, why is Bruce Banner standing in front of one of Hulkbuster’s arms? Could Banner end up in the driver’s seat? Hulk in a Hulkbuster… how meta.

You didn’t think Marvel’s first patriot was going to sit out Infinity War did you? Nope — Cap shows up right at the perfect time (possibly saving Vision’s life). Immediately following his return, T’Challa demands the First Avenger reunite with his trusty shield. What’s better than Steve Rogers getting back into the action? That glorious beard! Thanos can do nothing to stop hipster Captain America.

Now, seeing a massive haul of Avengers side-by-side for the first time is great, but it’s worth mentioning who wasn’t invited to the trailer party: Ant-Man, Wasp, Nebula, Korg, and Valkyrie were all missing. The biggest omission might go to Hawkeye — he’s been there since the beginning, but doesn’t even get a quick nod to the camera. Heck, even Nick Fury got in a voice over.

Perhaps the famed archer will finally meet his doom — something that fans have been predicting since the first Avengers.

Stop me when you’ve heard this one before: Loki stabs his brother in the back. After walking over what looks like piles of Asgardian bodies, we see Loki cowering and handing over the Tesseract to an unknown figure (cough*Thanos*cough). Even before Thor: Ragnarok hit theaters, speculation ran rampant regarding Loki assisting Thanos in his quest for the Infinity Stones. Now we have proof of his transgressions.

Still, after failing Thanos during the first Avengers outing, you have to wonder if Thanos will punish the God of Mischief with his life this time.

Speaking of Ragnarok, Thor certainly gets his moment to shine in this trailer. While others are looking sad and dour, here is the God of Thunder looking like he’s about to take on The Black Order by himself, even tackling what appears to be the other end of Thanos’ portal.

Perhaps Thor is going berserker due to the effects of Ragnarok where Odinson lost his eye to Hela and possibly the rest of Asgard at the hands of Thanos.

We got our glimpse of Doctor Strange, Spider-Man, T’Challa, Black Widow, Hulk, even War Machine and Winter Soldier, but there were some certain folks fans really wanted to see — leave it to Marvel to introduce the Guardians of the Galaxy in a post-credit-type scene.

The sextet (that means a group of six and not something naughty) don’t do much except react to Thor’s arrival. It’s a different scene than the one reported from footage shown at Comic-Con, but that doesn’t matter. We know the Guardians are here and they’re ready to get involved.

Plus, look at Peter Quill’s mustache. Between that ‘stache and Cap’s beard, it’s going to be a follicle-heavy feature.

One of the most amazing things regarding the Infinity War trailer was the complete and utter lack of any humor. The Marvel Cinematic Universe has been spectacular with the balancing act of humor and action; however, Infinity War kept the laugh track at zero.

Perhaps they don’t want to spoil any of the follies before the movie’s release, or maybe it shows that Infinity War is going to skip out on the laughs and instead focus on the action and intensity promised.

Any discussion regarding Infinity War needs to end on one moment: the upcoming Battle of Wakanda including Thanos’ Black Order and an army of four-armed aliens against the Avengers and a battalion of Wakandan Warriors. It is going to be an epic battle and could feature as many as 35 Avengers in one scene — a mind-boggling sequence that hopefully won’t be shown in any other format until the movie is released in May.

Wait… THAT’S ONLY SIX MONTHS FROM NOW!!! I better start camping outside my theater for the good seats!!!