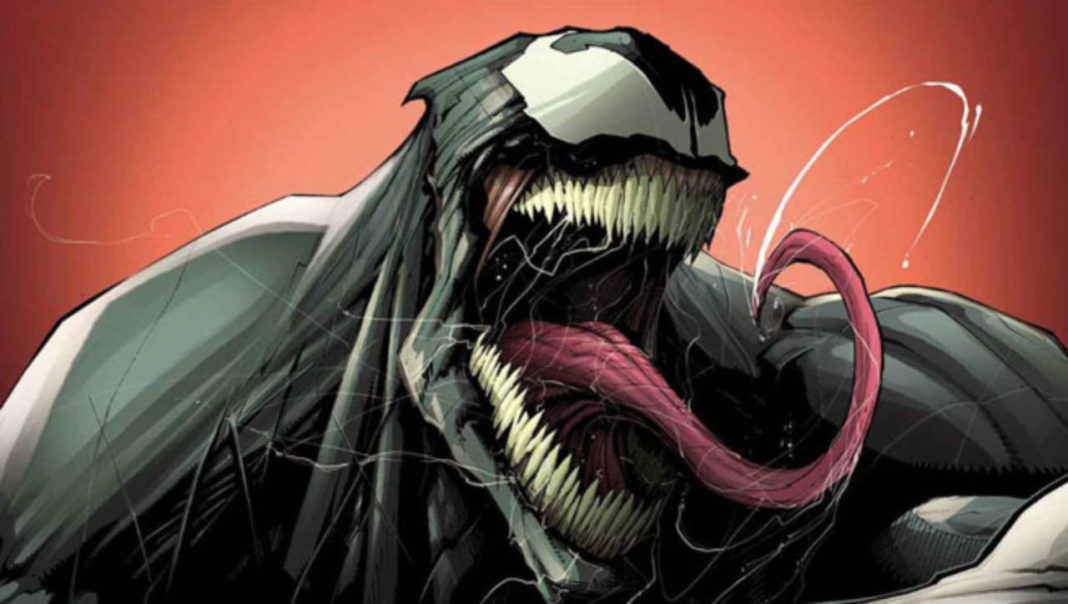 Because studio execs have announced Tom Hardy’s lead role in the upcoming Venom film, we’re all buzzing with excitement to see just what the Oscar nominee will bring to the table. Will he beef himself up as in Bronson? Will he slim himself down as in Star Trek: Nemesis? Or, will he adapt another strangely iconic voice as in The Dark Knight Rises? We won’t know for sure, but here’s what we do know about our favorite symbiote-empowered villain!

In the symbiote homeworld that the Guardians of the Galaxy visited in Vol. 3 #23, the Klyntar species lived as a peaceful race that bonded with noble hosts to bring peace and fight for worthy causes. However, the corrupted and bloodthirsty Venom symbiote used to have a genocidal host, which is why its hatchling siblings disowned it until it eventually found its way to Peter Parker and Eddie Brock afterwards. Talk about really bad timing, eh?

In 2015’s Secret Secret Wars, the truth behind 1984’s Secret Wars was finally revealed, and it was hilarious. Deadpool was actually the first one to get enveloped by the Venom symbiote before Spider-Man, but because he figured his mind was too insane to properly host a symbiote, he separated from it. Is it even a wonder why Venom is totally messed-up? Having Wade Wilson as your first host will definitely do that to you.

Sure, we all know Venom as the big buff Eddie Brock, but originally, Venom was supposed to be a female character. Writer David Michelinie wanted to create a villain out of a pregnant woman who witnesses her husband’s accidental death as a casualty of one of Spider-Man’s battles.

The woman then loses her baby on that very same sidewalk where her husband dies, spawning her intense hatred for our friendly neighborhood webslinger. Back then, the higher-ups didn’t think a woman could be Spidey’s arch-enemy, but wouldn’t it be interesting if Venom was a woman instead?

Symbiotes feed off a host’s emotions and adrenaline, and what better way to get pumped up than with chocolate-y goodness? Phenethylamine in chocolate elevates mood levels and boosts energy and focus, which is probably why Eddie Brock had a history of stuffing his face with choco snacks. It certainly beats eating brains, right?

No, he didn’t play Venom as a live-action character (although that would be awesomely hilarious), but the multi-talented actor did bring Venom to life in the classic Spider-Man: The Animated Series in 1994. It was his amazing speech pattern that gave birth to Venom’s unique sound that we all know and love today, and we’ll be forever grateful to the Simpsons star for those eerie cackles and Venom-ous screams.

What are you looking forward to about the Venom film the most? The character also had a brief stint with The Guardians of the Galaxy in comics, so could there possibly be an unthinkable crossover there? What else are you guys speculating on? Sound off in the comments below!