Home COMICS 7 Superheroes That Will Positively Ruin Your Thanksgiving! 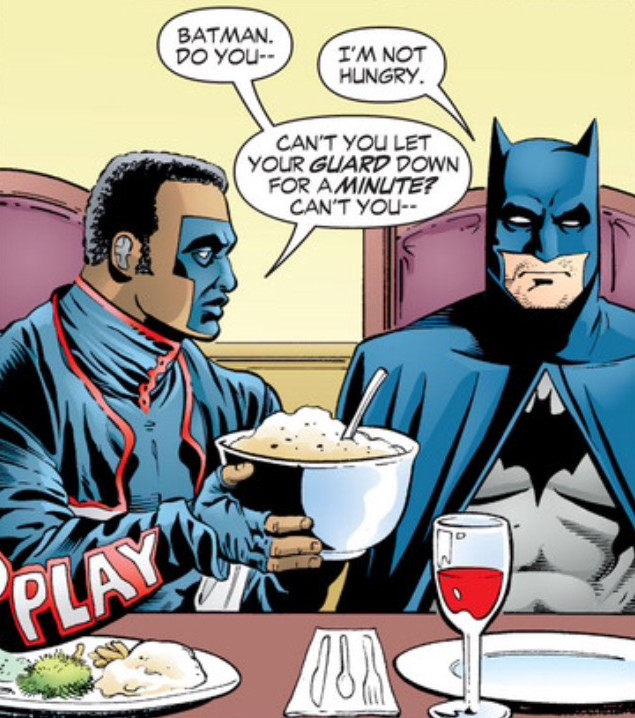 It’s time for parades, football, and turkey!! What are you thankful for this year? We all have something to be grateful for, and friends and family to spend time with. Me, I’m eternally grateful for superheroes, but I’m glad that they aren’t coming to my Thanksgiving dinner! Sure, they save the day time and time again, but there are some that make for terrible guests. So, grab your favorite piece of turkey as we look at 7 superheroes that will positively ruin your Thanksgiving!!

Now don’t get me wrong, the Flash is actually a nice guy! At first glance, he seems like he’d be a great guest at the table…but you’d be wrong! The Flash has an accelerated metabolism, which means he needs to eat a lot of food to keep his energy up. So, you’d need to make at least two Thanksgiving feasts just to feed him alone! And the guy moves so quickly, he calls dibs on all your favorites before you even blink! Even if you manage to save something for yourself, there’s chance he’ll run back in time to get it! He’s good guy, but he’s got a monster case of the munchies.

Ever wonder what it’d be like to eat with a Viking? Well, invite Thor to Thanksgiving dinner and you’ll soon find out! He has some poor table manners and a funny way of requesting seconds, too! And then there’s the mess he usually leaves behind. He may be the god of thunder….but not the god of cleanliness!

We all know the Dark Knight is not exactly fond of big social gatherings. He mostly just scowls and broods while everyone’s having a good time, so he’s a bit of a downer. Also, he always seems annoyed or angry, so there’s a bit of tension in the room whenever he’s around. But trust me; it’s worse if he’s the one hosting the meal! Everything ends up having the word “bat” in front of it, so there would be things like “Bat Turkey,” “Bat Biscuits,” and “Bat Stuffing!” Yeah, they all sound pretty unappetizing! He’s the hero we deserve…just not the one Thanksgiving needs.

Thought Thor was a messy eater? Don’t worry, the Hulk is much worse. First, there’s the fact that he’s unbeatable in your Thanksgiving football game — tackle at your own risk!! You also have to give Bruce Banner whatever he wants, because if you make him upset he becomes an unstoppable rage beast who either flattens your home, or just eats all the food! You don’t want to make him ‘hangry!!’

One of the weirdest students to enroll in the Xavier Institute, Glob Herman is no one’s first choice to invite to dinner and you can literally see why; Herman’s skin is completely transparent, so you can watch him eat and digest all that turkey in full detail! And yes, it’s as weird and gross as you’d think it would be. He’s also hard to not stare at, given his odd appearance. This mutant is definitely an appetite killer!

There’s no sugarcoating it, Swamp Thing stinks!! Imagine the smell of fertilizer, fungus, and mulch covered in gross swamp water! Now you’ve got some idea what it’s like to be around Swap Thing. Since he’s also covered in all those slimy swamp plants, he’ll manage to get the smell everywhere! While others on this list have been messy eaters, Swamp Thing is pretty much a messy everything else!! Jury’s out if he’ll even eat your Thanksgiving meal.