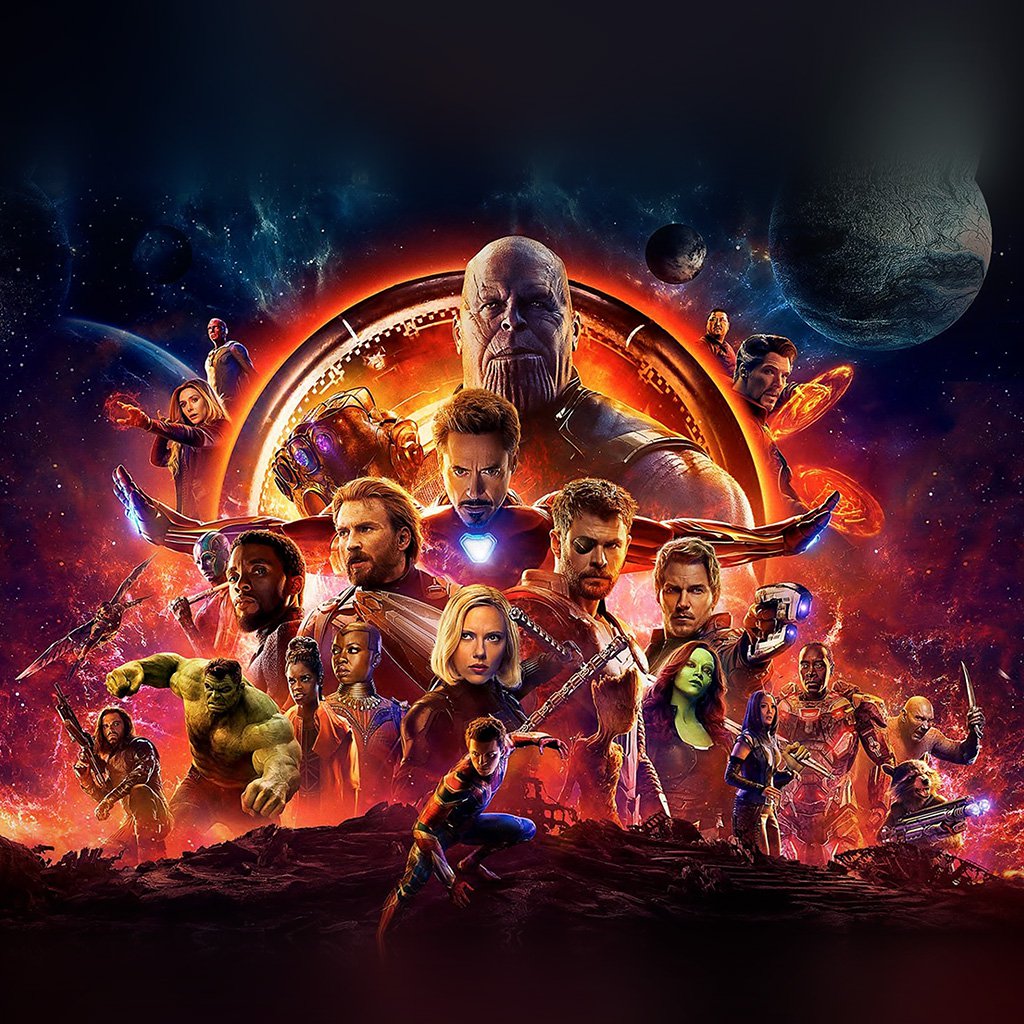 The countdown is on for one of the most anticipated comic book films of recent years: Avengers: Infinity War! Releasing on April 27th, this film will be the culmination of what Marvel Films has been planning since its first entry, 2008’s Iron Man. It will also be the second-to-last film of the Marvel Cinematic Universe’s (MCU) third phase (the last film will be the fourth Avengers film released in 2019).

As a proud DC Comics fan, most people may think I automatically want to just bash any and every Marvel film. Not true. Even though I’m a DC fan, I’m a comic book fan first and foremost. To see any comic book come to life on the silver screen is truly a wonderful thing and something I’ve been anticipating for a very long time.

Now, anyone who knows me or has read my articles here on The Source knows that I’m not the biggest fan of the 1991 comic book run of Infinity Gauntlet, the book upon which the upcoming movie is based (you can read my reasoning here). But I do want the film to succeed — from the looks of the trailer, it can be successful to all comic book fans. So, here are five aspects I’d love to see in the film! 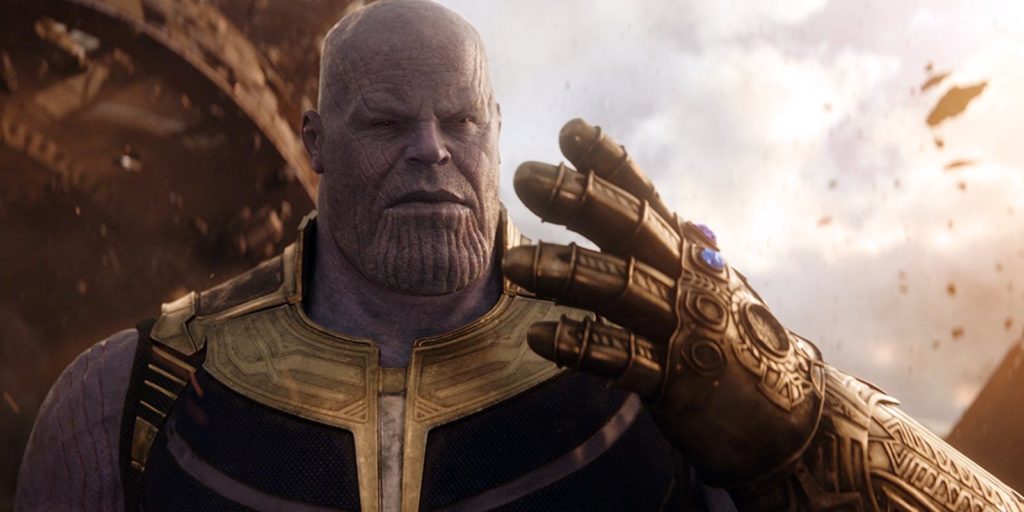 One of my biggest problems with the comic book is that you have this extremely powerful item — the Infinity Glove with the Infinity Stones. And one of the supposedly most evil villains of the Marvel universe, Thanos, acquires it. The problem is that he doesn’t do anything really evil with it; rather, he only whines through most of the comic book story, pining for the love of Death, who doesn’t love him back.

Thanos only begins to scratch the surface of the full power of the stones and he needs to be represented as a more formidable threat. So far in the MCU, we’ve only seen him sit around and make threats, so this film should truly show audiences what he’s capable of. I’d love to see him not only commit the only two major jaw-dropping moments (making half of life disappear and what he does to Thor) from the comics, but I’d love to see him do something so evil, it shakes the MCU to its core … which brings me to …

4) There HAS to be some major character deaths

There is NO way all of these major heroes survive after facing off against an evil being with supreme power! And, I’m sorry, Marvel, but it’s time to say goodbye to at least 2 of your heroes. And I don’t just mean ‘kill off some characters only to retcon the entire story with some magical deus ex machina — including the Infinity Gauntlet — and bring said characters back to life.’ This is an aspect I know Marvel Studios and fans of the films will have a problem with as in its ten-year cinematic history, only one semi-major character has died an untimely death (Yondu in Guardians of the Galaxy 2); every other character thought dead returned to life or narrowly escaped death.

I’m not saying a character couldn’t be brought back at some point in the next phase or in future Marvel films. But for this film, I’m hoping they don’t kill off a character and bring them back to life by the film’s end. It would be beneficial — and a nice change — to see these characters have one or two (or more?) true losses as a reminder that what they do is very dangerous and not everyone can restart — not everyone can come back — thus making them more based in the real world, making their sacrifice meaningful, and making the film live up to the hype.

I understand this is a beloved aspect of Marvel films, and I enjoy the humor when it’s appropriate and doesn’t overtake the story or feel of the film. Marvel films such as Guardians of the Galaxy 2 and Thor: Ragnarok had so many humorous moments, it feels as if the writers simply threw out every type of humor whenever they could and hoped it would stick, leading to quite a few unfunny moments that simply didn’t take. While I like having humor in these films, there shouldn’t be so much humor that it distracts and belittles the true threat and direness of what is going on in the plot.

In this film, the galaxy is under threat of total annihilation, with half the population disappearing (this is in the comic book), so it would be very lame for some hero to be cracking jokes most of the time. 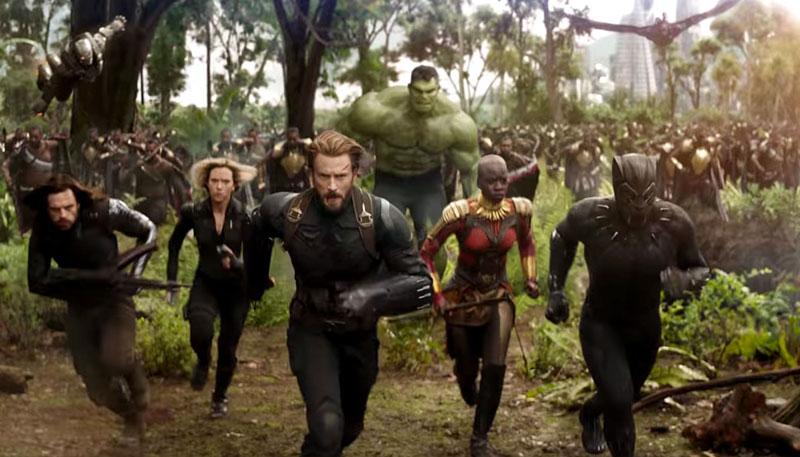 This is more difficult than it sounds. While action is a big draw to these films, I expect more than just some wham-bam grudge match action film. And when you have such a big roster of major characters who have headed their own feature films, it’s a herculean task to try and do them all justice by giving them some kind of key moment in the film. This was one of the comics’ many weaknesses: the book made it look like all of the major heroes would be featured heavily throughout, but, really, only Silver Surfer (a character who has yet to be featured in the main MCU as 20th Century Fox still holds the rights) and Doctor Strange last all the way through the 6-issue run.

Captain America, Iron Man, Hulk, Thor, Dr. Doom, Wolverine, Spider-Man, Cyclops, and Scarlet Witch make appearances, but it is relatively unknown characters (especially in the MCU) such as Adam Warlock, Death, the Stranger, Kronos, Eternity, Epoch, Love and Hate, Eros/Starfox, and Pip the Troll who have the starring roles! Also, maybe explain why aspects not in earlier films are now present — like Spider-Man suddenly having spider sense, which he didn’t have in Homecoming.

Captain America: Civil War was such a “wham-bam film” where the writers couldn’t include much in terms of character development because there was so much going on (I feel this is why they didn’t even try to fit Thor and Hulk in there), and, overall, the film felt more like some mere grudge match. Nevertheless, Civil War is a fun film, but I have higher expectations for Infinity War.

1) There HAS to be a better ending!

The aspect I hate most about the Infinity Gauntlet comic is the ending! To me, it’s one of THE WORST endings to a big event — or any — comic! I know this film will more than likely not have an ending and will have to continue with the Avengers 4 movie releasing in 2019. However, when the storyline does wrap up, the writers must give it a better ending!

I won’t say what happens in the comic out of respect to those who wish to read it, but if you want to know, click on my article link above in the second paragraph and you’ll find out. This is one of the times I’m not going to be a purist with adapting the comic! I have nothing but the utmost respect and admiration for Jim Starlin, the writer of Infinity Gauntlet, but I think the screenwriters can only make this story — particularly the ending — better. It should be the type of ending that shakes up the heroes’ entire world, as well as still leaving a glimpse of hope to come about in future films.

Anyway, those are my hopes for Avengers: Infinity War! Maybe I’m missing something?  Or maybe you completely disagree with me? If so, let me know in the comments section below!