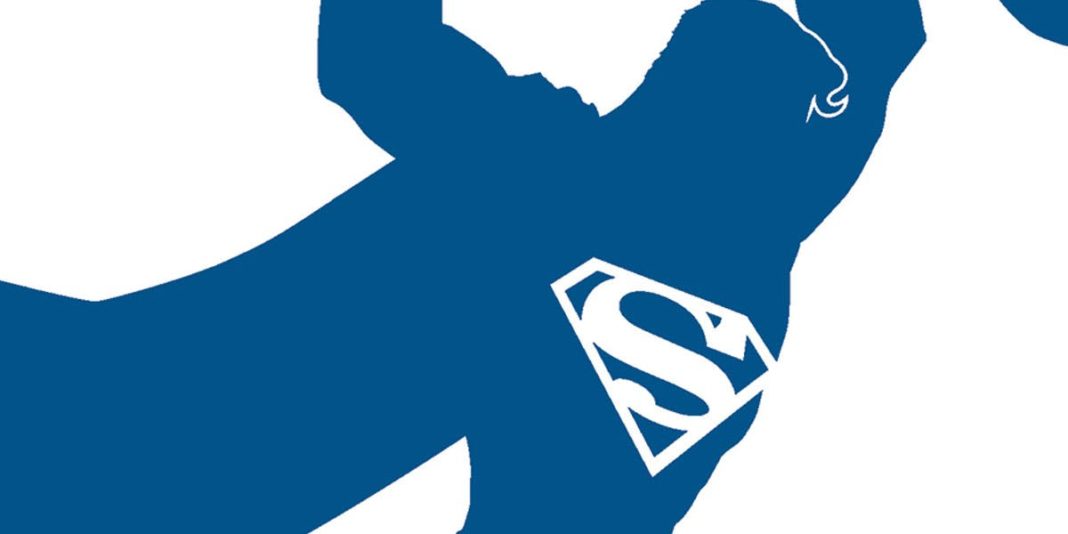 This May will mark the 80th anniversary of DC Comics’ Action Comics title! Every comic book fan knows the first issue introduced Superman to the world. That iconic cover showing the Man of Steel lifting a car over his head paved the way for every superhero existing today. With the release of issue #1000, DC decided to bring together as many artists and writers as possible in this 80-page issue, showcasing 10 stories from different aspects of Superman’s life, the last of which is the kick-off of Brian Michael Bendis‘ upcoming run on Man of Steel.

Anyone who knows me knows I’m a huge Superman fan, so to say I was eager to read this is an understatement. But don’t worry — I will critique this issue with the utmost objectivity.

Most of the stories in Action Comics #1000 are a tribute to the big blue boy scout. If you’re a fan of Christopher Reeve‘s Superman, you’ll like Dan Jurgens‘ “From the City That Has Everything.” But what stood out to me the most were stories such as Marv Wolfman‘s and Curt Swan‘s “An Enemy Within,” Scott Snyder‘s and Rafael Albuquerque‘s “The Fifth Season,” and Brad Meltzer‘s and John Cassaday’s “Faster Than a Speeding Bullet,” all of which delve deeper into Superman’s psyche, his thoughts and feelings.

My favorites of the bunch are Richard Donner‘s, Olivier Coipel‘s and Geoff Johns‘ “The Car,” which is a new take on the classic Action Comics #1 cover, featuring one of the crooks whose car Supes is holding over his head; and Tom King‘s and Clay Mann‘s “Of Tomorrow,” showing Superman’s poignant response to Earth’s last moments.

Finally, there is the last story, “The Truth,” by Bendis and Jim Lee, the prelude to Bendis’ upcoming Man of Steel run. I have to say, I wasn’t happy with this story. As always, Lee’s art was spectacular, but there was a major twist at the end of the story that flips Krypton’s fate on its head.

As most fans know, Krypton was destroyed due to its core producing enough radiation to cause the planet to explode. Even in the 2013 film, Man of Steel, the planet is doomed due to the careless mining of the planet’s core in search of more resources; this was an excellent extension of the comic book story, making the devastation of the planet the result of irresponsible politicians and leaders who didn’t take science seriously.

But now, under Bendis’ plot twist, he introduces a big bad named Rogol Zaar, a Doomsday-like villain (only Rogol talks!) who not only knew Jor-El, but claims he destroyed Krypton. WHAT!? While most may find this revelation a nice new, fresh aspect to Superman’s mythology, I’m not a fan. There was something poetically chaotic about the way with which Krypton was destroyed; the basis of Krypton’s destruction is just one of the many worries Kal-El has with regards to Earth — to make sure it doesn’t share the same fate as his home planet.

So, now, to reveal that the destruction was merely some result of a murderous madman may be somewhat intriguing, but is ultimately trite. Also, the other featured dialogue between two bystanders is nonsense — focusing on Superman’s returning red trunks!? Why and how does Superman’s trunks make worthy conversation during the destruction of Metropolis and a brutal beatdown of the city’s most beloved superhero? It’s not worthy, it’s not funny, and I’m still scratching my head as to why Bendis and Lee found it to be a good idea. To me, I don’t care so much about Superman’s trunks as I do his “S” emblem, which Lee (one of my favorite artists) screwed up when he redesigned it for the “New 52” run, giving it straight lines rather than curves; and while his story with Bendis seems to have the classic “S,” look at Lee’s #1000 cover, he still seems to draw it the “New 52” way.

I like Bendis when he writes more of the realistic characters — his run from 2001 to 2006 on Daredevil as well as his creating and writing of Jessica Jones are stellar — but his take on the more outrageous superheroes have not impressed me. I’m hoping Bendis’ writing for Man of Steel only improves.

Overall, Action Comics #1000 delivers! The art is wonderful, with every different style we’ve seen in Superman comics represented. The only difficult thing will be choosing one of the 9 different covers from different artists — each cover representing a decade since Superman’s creation, from the 1930s to the 2000s! Every Superman fan must own this issue! Any comic book fan should own this issue! Even if you’ve never read Superman, or haven’t read him in years, this is a great book to buy!

Is there anything I missed? Let me know in the comments below!