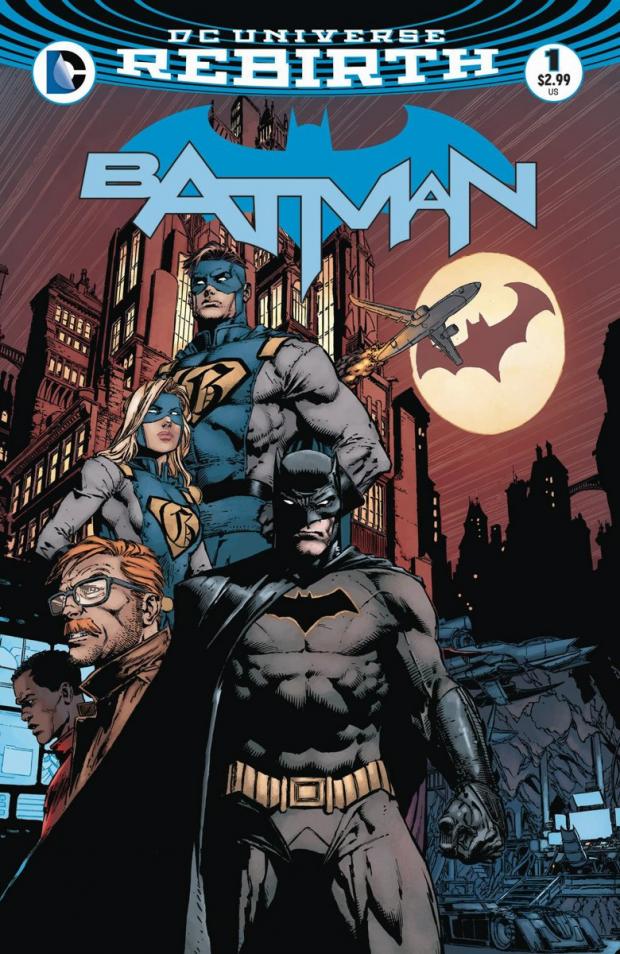 Check out Our Review [WITH SPOILERS] for Batman #1!

Tom King is a perfect choice to write Batman. In all his books, Grayson for DC, Vision for Marvel, and Sheriff of Babylon for Vertigo, King has proven that he can truly do it all. Scott Snyder was a noted horror writer before he took the New 52 Batman to heights undreamt, and like Snyder, any perspective writer on the core Batman title needs to be a master of multiple genres- which is exactly what King is.

There is no introduction of supporting cast or establishment of a fresh direction, there is just Batman saving an airplane after the craft is struck with a surface-to-air-missile. Yeah, the situation feels dire, and holy storytelling Batman(!), Finch and Banning render this action piece with heart stopping aplomb, but that’s all you get for $2.99 – one action set-piece and we’ll see you in two weeks.

It takes me a good solid half-hour to read an issue of King’s Grayson or Vision, and I was hoping for the same experience reading his Batman, but nope, just an action sequence – a very well thought out and intense action sequence, but I wanted more.

The central premise of King’s early run on Batman seems to be the arrival of two new vigilantes in Gotham City. These new players are introduced on the last page of Batman #1, so I guess we’ll have to wait until the second issue until we learn more about these fresh faces on the Gotham superhero scene. Unless another plane is shot down; then we will need twenty more pages until we get to some real story.

This comic was a cupcake; a very colorful, explosive and admittedly delicious cupcake. But still, just a few bites and it’s gone. Tom King is a master chef and I was hoping to enjoy a fully realized Batman comic soup to nuts. Not this issue, though. Maybe next time King will get to flex all of his story muscles, but for this week, I’m left hungry.