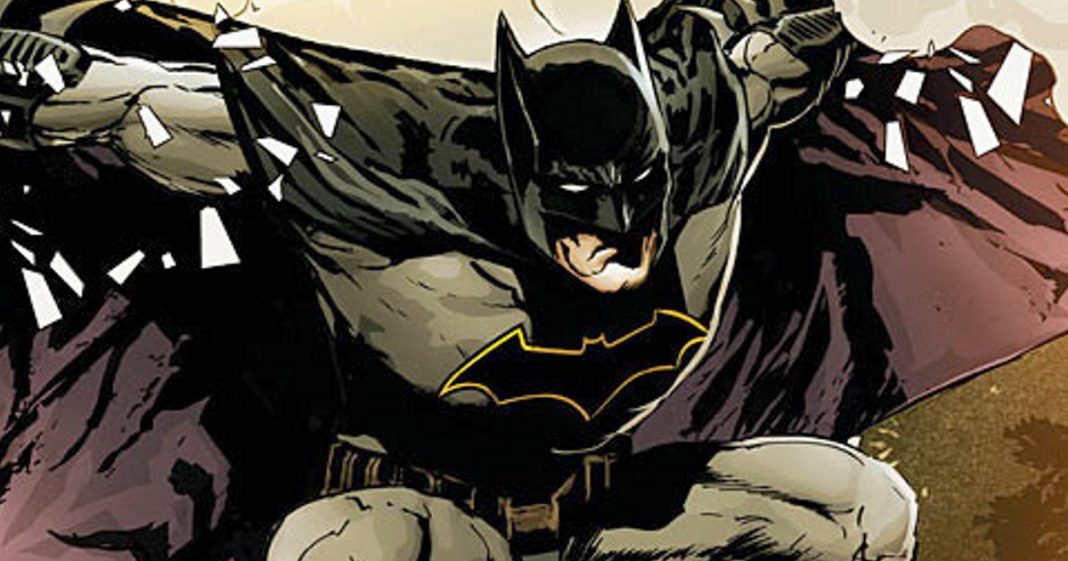 Check out Our Review [WITH SPOILERS] for Batman: REBIRTH #1!

Well, the smoke has cleared on Rebirth, and we are into the regular titles. Batman is DC’s flagship comic and quite frankly, it is the title that sets sales and quality standards for the entire superhero genre. For the past half-decade or so, Batman has been in the capable hands of Scot Snyder and Greg Capullo, and things have been, well, epic. Now, Batman is reborn with a new writer and a new artist. In this Rebirth issue, Scott Snyder stays on board to help transition the book into the future and really, the only thing one can say about this comic is the only thing that really needs to be said- it is worthy of the name “Batman.”

It seems like Tom King was destined to write Batman. King jumps genres as effortlessly as Batman jumps criminals. In the past few years, King has co-crafted the brilliant superhero espionage mashup, Grayson; he has penned the brilliant space opera Omega Men; he has presented a horror-fueled, contemporary sci-fi thriller in Vision, and he has mastered the realistic military drama in Sheriff of Babylon. King can do it all, and now he has been handed the key to comics greatest ride- Batman. And in the first issue, aided and abetted by Snyder of course, King proves to the world that he isn’t afraid to drive the biggest car in comics.

Did I stretch that metaphor or what?

Batman Rebirth presents a classically constructed Batman tale. It features a disturbing re-imagining of Calendar Man and presents a tale of Batman trying to solve a strange riddle in order to stop this rejiggered classic foe from destroying Gotham City. Along the way, it establishes a new heroic identity for former Robin Duke Thomas and just basically reminds the readers of what a Batman comic is supposed to look like. Batman: Rebirth is elegant in its simplicity but it does not shun the New 52 continuity. Not at all in fact, because through Duke Thomas, Snyder, King and company show readers that they are going to embrace the legacy of Batman but not ignore the recent past.

Batman is the least broken of any DC icon so the creative team did not have that much heavy lifting to do. Mikel Janinc has the biggest cross to bear as he replaced Capullo, a once in a lifetime Bat-artist. But Janinc presents a beautifully told story with bold but not distracting layouts, and his Calendar Man design is creepy as hell.

Batman may not have been broken, but King and company freshen things up a bit through some classic Batman storytelling. This should be a fun ride as Batman enters the reborn era of the DCU.