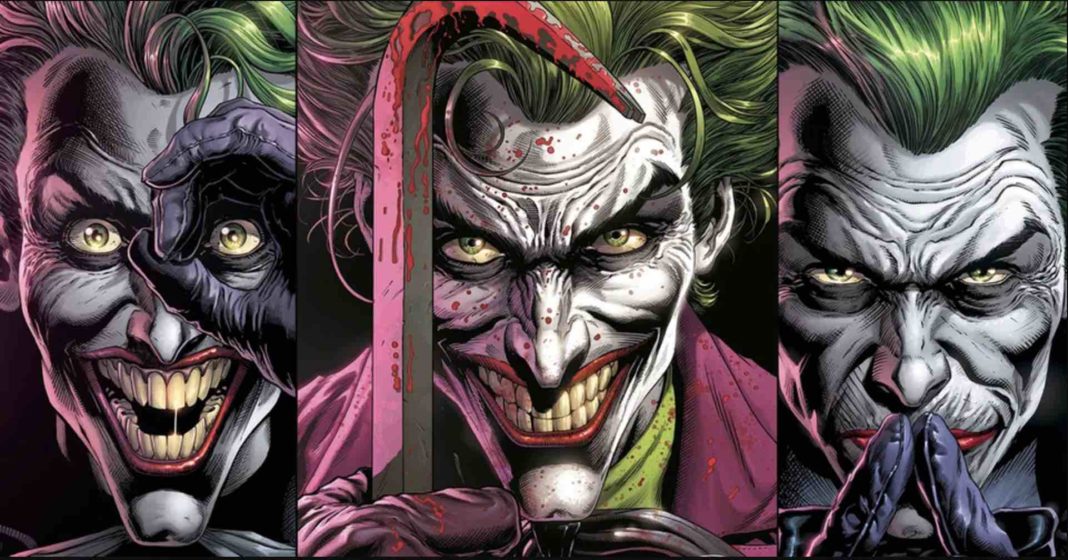 Ever since 2016, in the New 52’s Justice League #50, in the League’s big battle in the Darkseid War, writer Geoff Johns introduced the idea – via Batman sitting in the Mobius Chair – of there being three Jokers in existence. With DC’s infinite earths, it’s not difficult to grasp such a concept. Ever since its confirmation in the DC Universe: Rebirth #1 issue, which sees Batman figure out the difference between the three Jokers, fans have eagerly been awaiting the promised release of the mini-series which will supposedly shed light on the Joker. 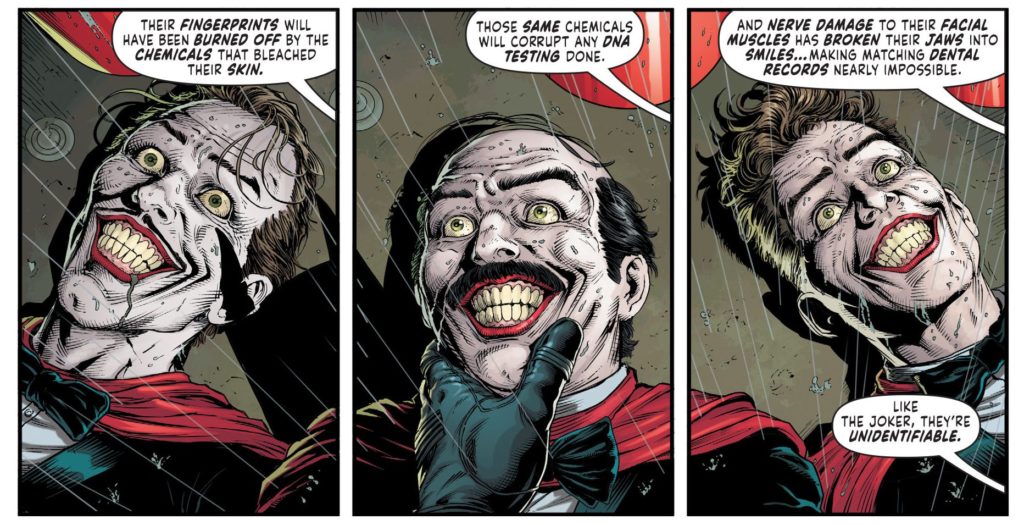 One of the Jokers is Scott Snyder’s New 52 version, the second is Alan Moore’s The Killing Joke version, and the third is possibly the Joker from pre-Crisis on Infinite Earths, though it is not clear as of yet. With this first issue, each Joker has his own moniker: the criminal, the comedian, and the clown. Even though this issue seems to assign which Joker fits to which moniker, it’s still not completely set who is who. From first appearance, this issue’s artwork – beautifully drawn by Jason Fabok – is reminiscent of Brian Bolland’s work on The Killing Joke. Johns and Fabok also utilize the classic nine-panel and six-panel page layouts most notably made popular by Alan Moore’s and Dave Gibbon’s classic Watchmen. DC made the wise decision of publishing this story under its Black Label imprint, which basically publishes darker, edgier, more provocative stories, meaning when it comes to cussing, gorier violence, there’s a no-holds-barred allowance.

This first issue touches upon important milestones in not just Batman’s life but two other members of the Bat-family. We’re privy to the Joker’s torture of Batgirl from Killing Joke and his murder of Jason Todd from A Death in the Family, but also introduced to the mystery of three different Joker murder sightings all at the same time. According to Johns in an interview with dccomics.com, this story is about “the Joker and his effect on the lives of those he’s harmed over the years. The book is about scars, wounds and healing – healing right and healing wrong.” Upon first reading, it’s easy to guess who is trying to heal right (Batgirl) and who’s healing wrong (Red Hood). It’s easy for the many writers over the years to have Bruce, Barbara and Jason confront – whether separate or collectively – the deep-seeded emotional issues the Joker has inflicted upon them over the years. However, because these are multi-faceted characters who have their weaknesses and faults, that doesn’t mean these characters move on and that’s done with forever. What the Joker has done to each of them over the many years has become what haunts each of the three Bat-family members and it’s not something that just goes away after one fight or one moment of inner clarity or triumph. This story promises to see these three characters the most damaged by the Joker confronting their issues – and the Joker himself – in ways not seen before. There are also great homages to classic Joker stories such as his origin as the original Red Hood from Moore’s The Killing Joke. 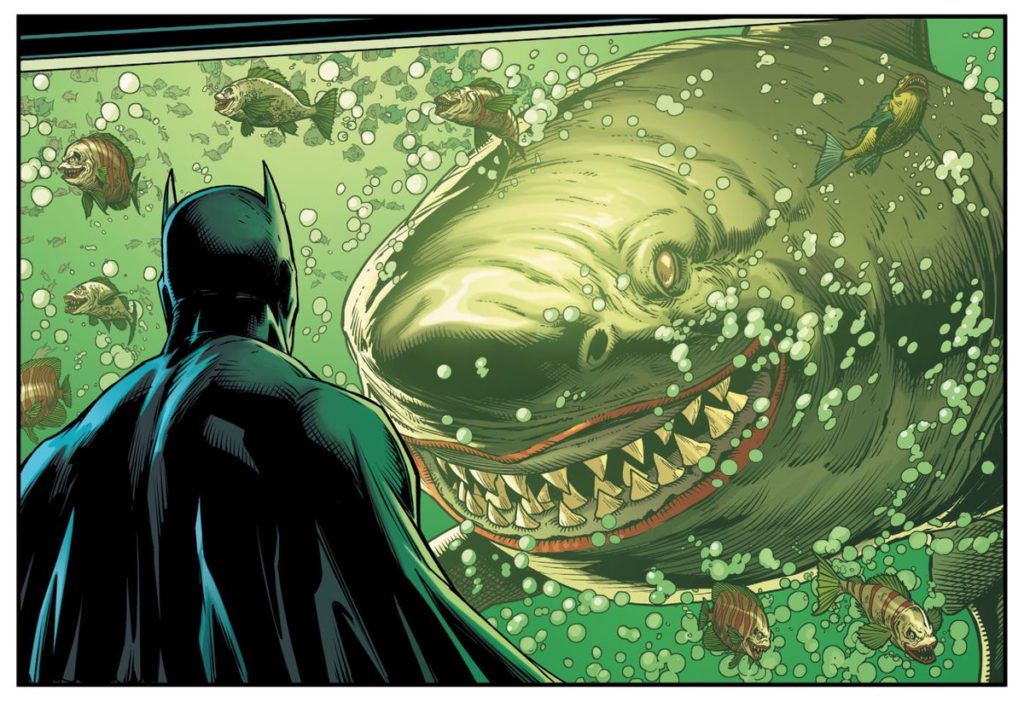 Three Jokers is a beautifully drawn and excellently-scripted story which will surely become one of DC’s next entries in its long line of classic stories! The only slight criticism I have is the umpteenth time of showing the murder of Bruce’s parents. I understand the story is about scars and healing, but 99.9% of the readers who are reading this know Bruce’s childhood trauma. While it’s understandable to show the history of the Joker’s physical damage to each of the Bat-family, dedicating a page-and-a-half to showing Bruce’s parents’ murder is a bit gratuitous and unnecessary as we’ve seen it hundreds of times. Otherwise, the story is nothing short of brilliant! From Joker’s infected fish to his creepy henchmen to plenty of action fitting of each of the three heroes, this Black Label title doesn’t pull any punches. What I’m most excited about is the fact that these Jokers are not from another earth but are all in main continuity. The only concern I see is Johns successfully wrapping up such a seemingly complex story in only three issues, but I’m sure he’ll pull it off and I’m all in for the ride!