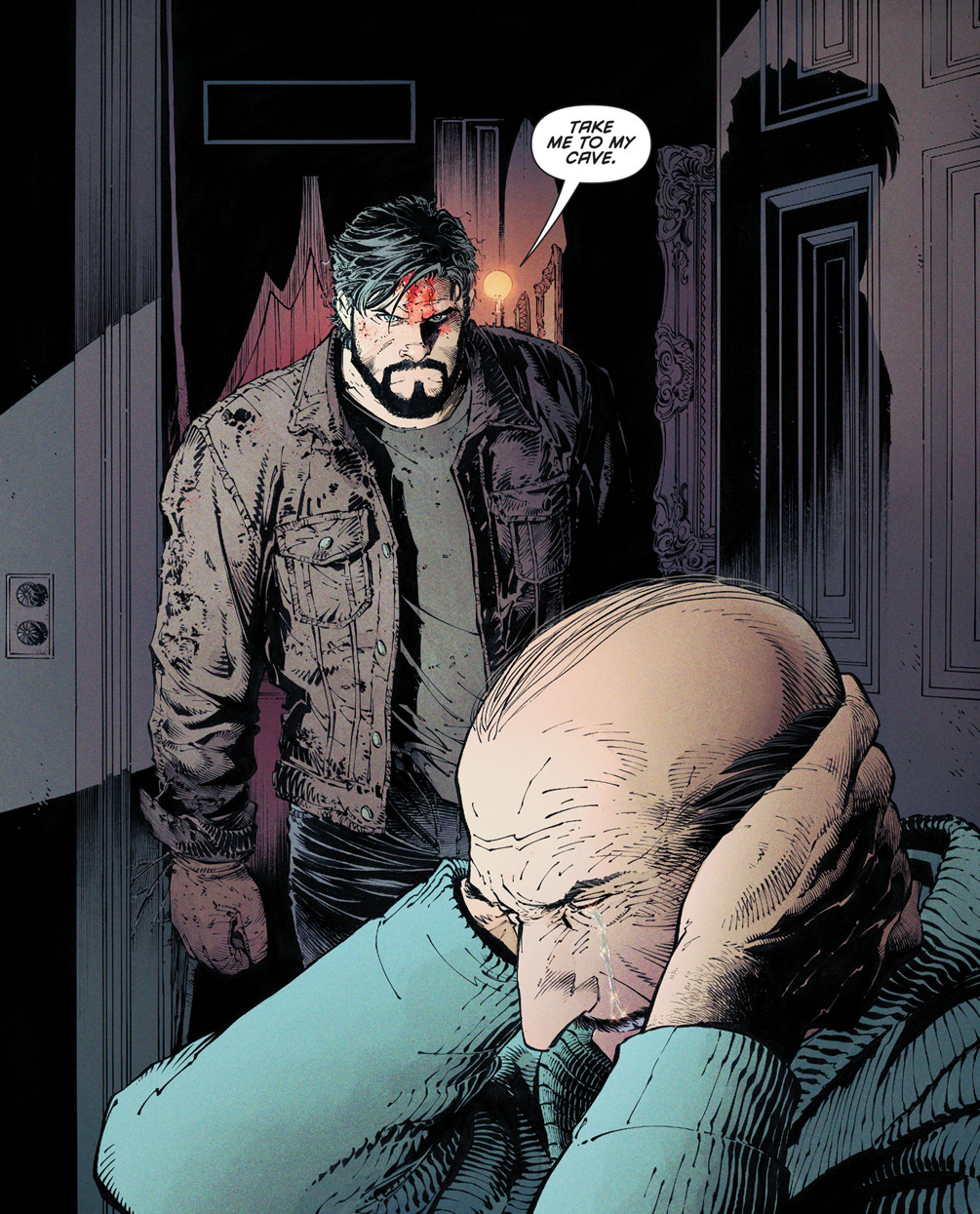 Bruce Wayne’s return to his cape and cowl in Batman #50 was announced not too long ago, and if that wasn’t enough the cliffhanger at the end of Batman #48 confirms it. While it feels like this news and build up is not really that shocking or unexpected, what does this mean going forward? And was there a point to Bruce Wayne’s absence in the first place?

If you’re a comic book fan then you’re probably used to seeing certain characters change radically every now and then, but return to status quo after a while. Sometimes these changes have a lasting impact on the story and characters, but usually they’re predictable and are sometimes pointless. This storyline of Batman has so far been just that; many readers knew the moment Jim Gordon got inside that robot suit it wouldn’t be permanent and that Bruce’s return was practically a ticking clock.

After eight issues, Bruce has his memories back and is already well on his way to becoming Batman again, so everything’s going to go back to normal, right?? Well…maybe, except I have to ask the following question: what will become of Gordon now? Poor guy was rushed out the door to be Batman when this all started and now it seems like he’s being forced to stop almost as quickly. Now this puts the character in a tricky situation; since he’s been Batman, the dynamic between Batman and Gordon, between vigilante and cop, is lost now and because of that it’ll be much harder for Gordon to go back to the way things were.

It seems even DC was more concerned with Bruce, to the point where barely any time was spent developing Gordon or any of the new characters other than the villainous Mr. Bloom. In some issues, more time is spent focused on Bruce than it is with Gordon, whether he’s in the scene or not, and it all just overshadows Jim’s presence as Batman making it seem like the whole storyline was a meaningless waste of time until Bruce’s return.

That’s not to say these comics have been bad. Scott Synder and Greg Capullo deliver good storytelling and artwork in each issue they’ve worked on. There are some good things that came out of this story arc, from Mr. Bloom being an amazingly creepy and sinister villain to Alfred’s character development while trying to keep Bruce from becoming Batman again. Unfortunately, this shake up always had a lack of substance behind it from the start and that could stem from DC just wanting to make a quick buck off the return of Bruce Wayne. Maybe by the time Batman #50 comes out that will change and Bruce Wayne will be affected by taking up the cowl again, setting the mood for the next storyline. For now, it seems like this will be a chapter in the Batman mythos that won’t be fondly remembered.