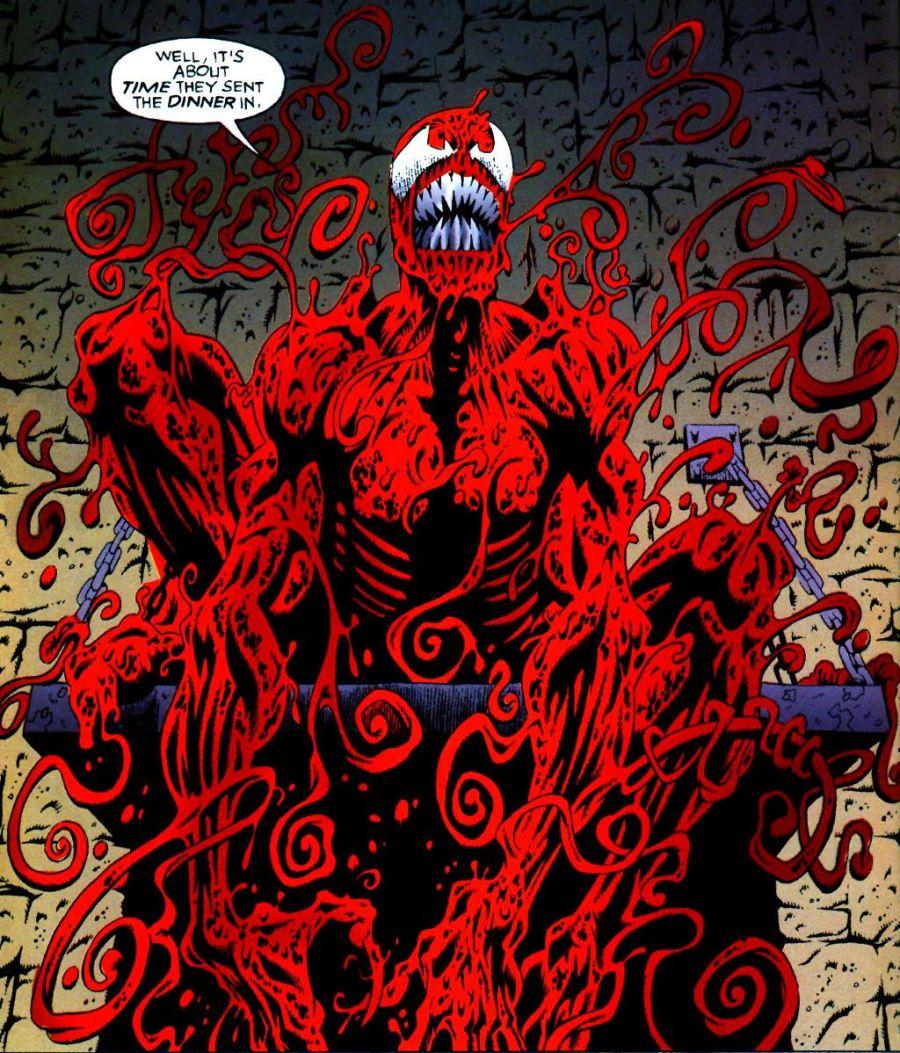 It’s that time of year again when spooks and scares are everywhere! I would suggest reading a comic to take your mind off the ominous horrors lurking the darkness, but there are characters in comics that are far more terrifying than any ghost, ghoul, or perpetually snarling and howling wolf-person. So, grab yourself a chair, a bullet proof vest, and perhaps some bottled courage as we take a look at five terrifying comic book characters. 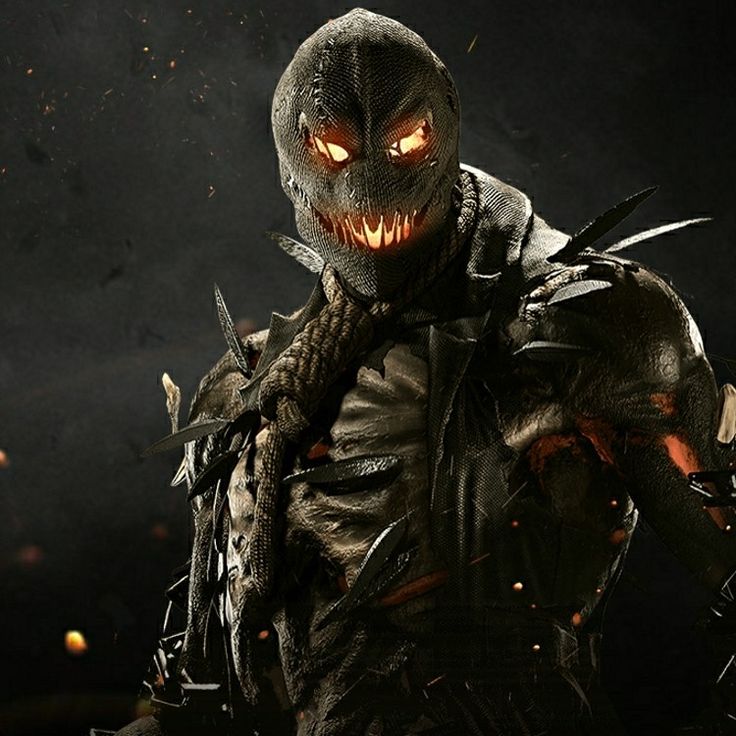 Dr. Jonathan Crane is completely obsessed with the concept of fear. As the Scarecrow, he plagued Gotham with his special fear toxin for years. If his raggedy mask doesn’t unsettle you, his fear toxin certainly will!

What makes Scarecrow such a terrifying villain? His ability to use your worst fears against you. He also obsesses on the notion of fear to such a degree, it’s utterly indicative of a severe, deeply-rooted psychosis. Whether he’s terrifying victims with various toxins or plumbing the depths of humanity’s most debilitating fears, he’s one villain who’ll definitely leave you screaming! 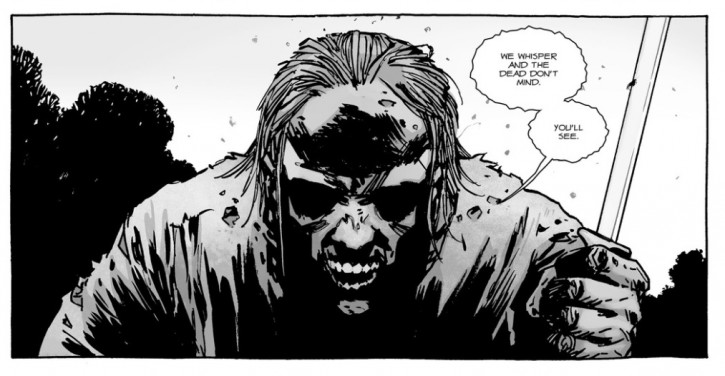 In the world of The Walking Dead, you’d think zombies would be the worst of your problems, right? Unfortunately, you’ll learn that human survivors can be just as horrific as the undead.

While wearing zombie flesh, they hide and walk around freely among hordes of Walkers. Communicating through whispers, they show no emotions whatsoever and act like a pack of wolves following an Alpha. They may be alive, but they’re dead appearance reflects their rotting humanity. 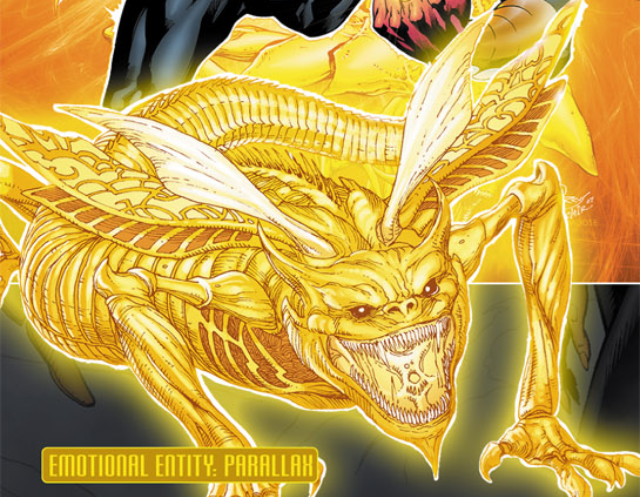 For every Lantern Corp, there is an entity that embodies a certain emotion. Parallax, the entity of the Sinestro Corps, embodies fear! Parallax is made out of yellow fear energy and usually possesses a host body. Once his parasitic infection takes hold, he has near limitless power over the yellow light of fear! He’s so powerful that he even succeeded in destroying the Green Lantern Corps.

Much like Scarecrow, Parallax can use someone’s worst fears against them; however, he can also use those fears to control his victims. Cruel, powerful, and beyond demented, Parallax is one alien you should never make contact with! 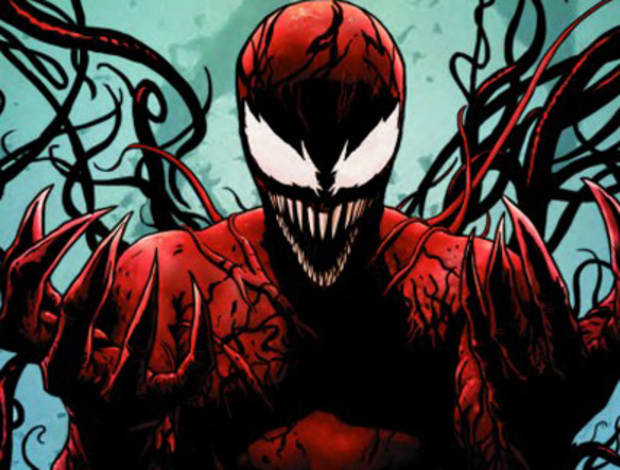 Sure, Venom can be pretty scary, but let’s keep in mind that Eddie Brock was a man before the symbiote — Cletus Kasady was always a monster! As a serial killer, Cletus was already a nightmare, but after merging with a symbiote, he became something much worse.

As Carnage, Cletus gained a lot of Venom’s powers and then some! With his strength, speed, and shape-shifting abilities, Carnage is one of Spider-Man’s deadliest foes. His scariest trait, however, is his psychotic personality and his worship of chaos! Due to his violent nature as a remorseless killer, reasoning with him is completely off the table.

Heck, he doesn’t even need a reason to attack people; he only attacks at random in the name of chaos! As someone who can even push Spider-Man over the edge, Carnage is pure evil inside and out! 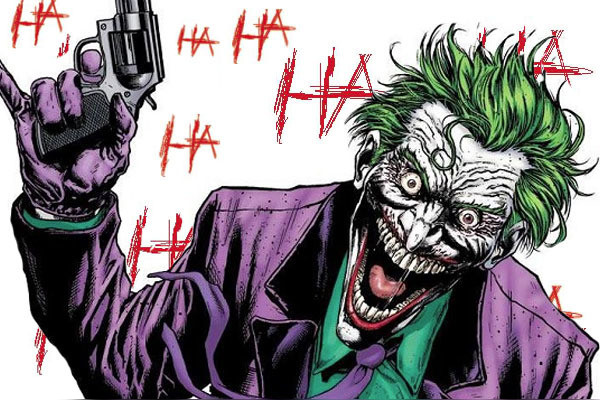 We all know why he’s on our list, so the real question is this: what is Joker’s creepiest aspect? Is it that he’s been tormenting Batman and the entire city of Gotham? Is it the way he gets into Batman’s head? Is it how he escapes imprisonment so easily? Is it his obsession with Batman himself? Or maybe it’s the sheer joy he feels when doing all these horrible things?! Perhaps just like his past, that’s a mystery never meant to be solved!

The Joker is completely unpredictable and that might be his greatest weapon against anyone unfortunate enough to cross his path. Like an eternal curse, he’s never gone for good and comes back crazier and more dangerous each time.

In opposition to Batman who can be seen as perfect, ultimate order, he’s ultimate chaos! His laugh, his smile, and even his views on the line between sane and insane just send a cold shiver up your spine! He may be a clown, but trust me — you don’t want to be in the audience when Joker starts his routine.

Who do you think are the creepiest comic book characters out there? Let me know in the comments below!