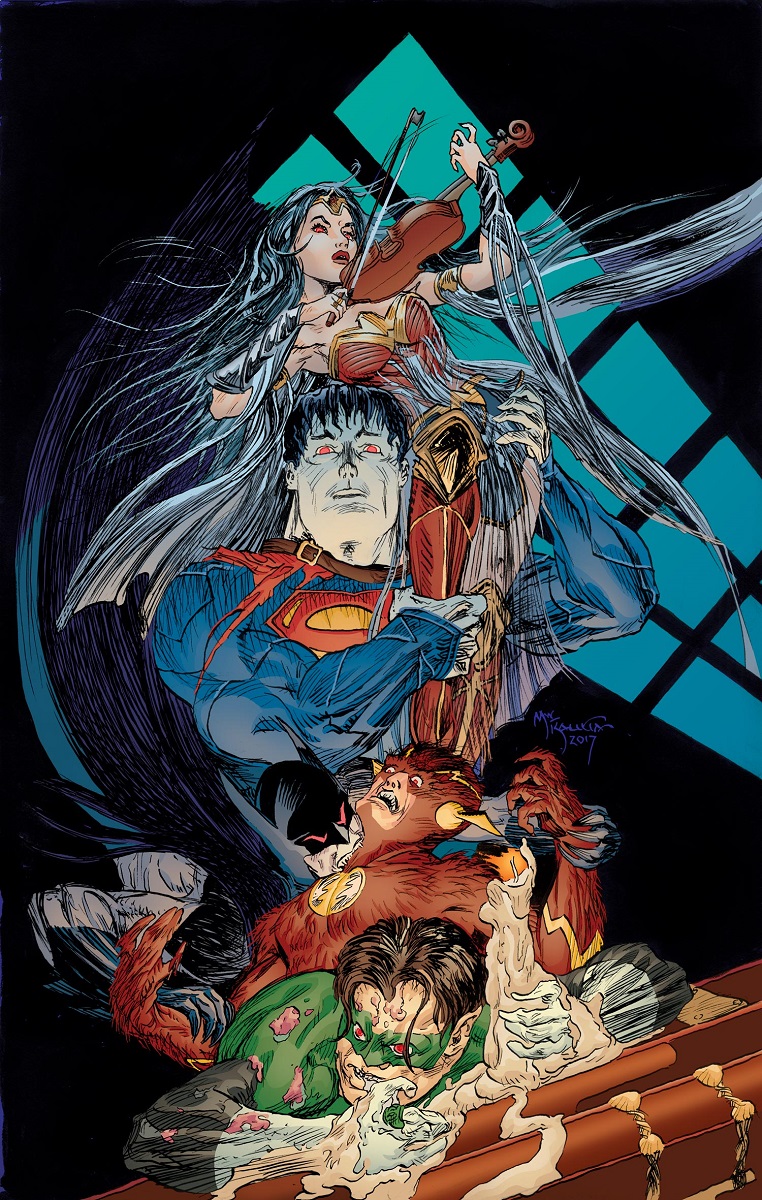 Check out our Spoiler-Filled DC HOUSE OF HORROR #1 Review

If there’s somethin’ strange in the Multiverse, who ya’ gonna’ call?

Halloween: That special time of year when you find yourself overcautiously questioning your surroundings. Are those ethereal creaks, bumps and thumps simply the sounds of your house settling, or the sinister footsteps of a madman trying to catch you asleep? What really happened to that girl who disappeared in the vacant house across the street? Is this eccentric elderly lady about to give me a trick or a treat?

DC House of Horror #1 seeks to fuel your frightened fantasies with perverse queries regarding their catalogue of heroes and villains. What if that strange visitor from another planet, with powers and abilities far beyond that of mortal men, was a bloodthirsty monster bent on destruction? What would happen if you could use an antique Ouija board to summon demonic, Amazonian princesses from Earth’s past?

DC Comics’ latest foray into horror is a comic book experience akin to The Simpson’s Treehouse of Horror Specials. The series of eight short stories, written by horror novelists and illustrated by seasoned artists, serve as horrific and often gruesome re-imaginings of origin stories, as well as explore terrifying “What If?” scenarios. However, are these new exploits with classic characters into the realm of horror a trick or a treat? Find out in our DC House of Horror #1 Review. 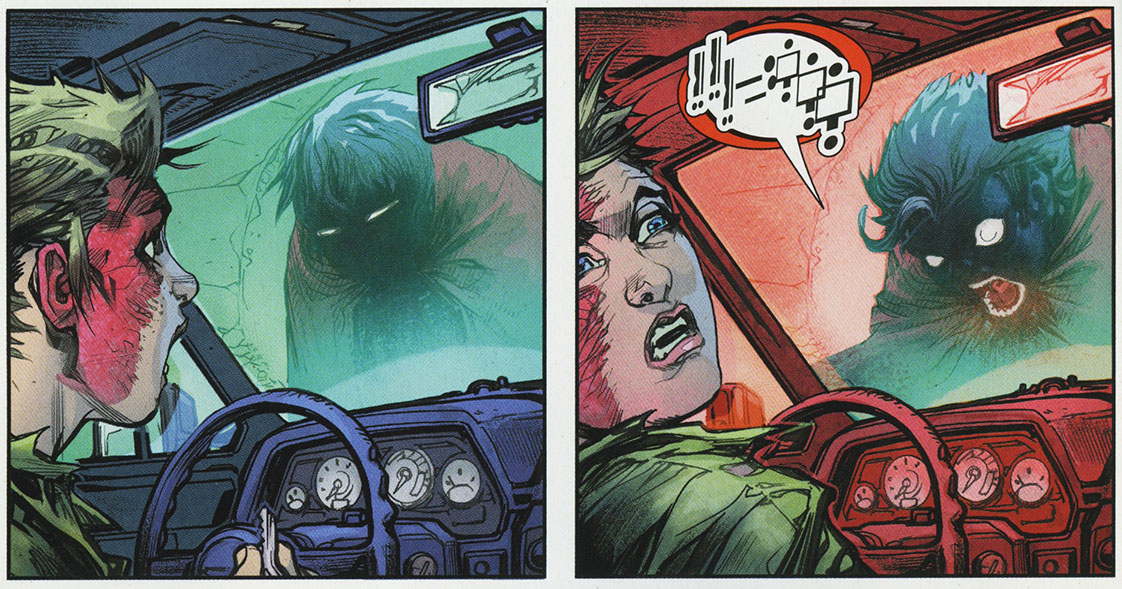 A Multiverse of Murder

Horror is a tricky genre to master regardless of the medium. Scenarios, such as cannibalistic clowns, which might send some individuals into a state of shock, may be considered tame by the rest of the population. Additionally, timeless horror films that inspired the genre such as Halloween, may pale in comparison to the slaughter-fests that populated theaters in the late 2000s for the current generation of movie goers. As with most forms of media, one’s enjoyment of entries in the genre is predicated by his or her preferences in horror. 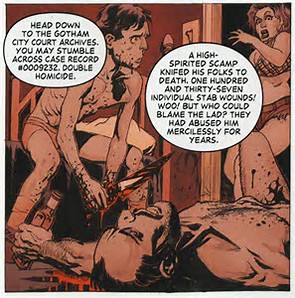 Before a Man Embarks on a Journey of Revenge, He Must Dig Two Graves…

DC House of Horror #1 is at its best when it takes a Twilight Zone approach to storytelling: twisting the familiar into something horrific, thought-provoking and nearly unrecognizable. The stories within this collection may be scary but the best in the compilation motivate the reader to reevaluate what was once known about the character. Two exemplars of these qualities on the terror spectrum are “Bump in the Night” and “Last Laugh.”

“Bump in the Night” is a Superman story that alters the character’s origins so that it evokes terror within the reader. Instead of serving as a savior for our struggling race, Superman is now a bloodthirsty monster hell-bent on murder and destruction. Martha and Jonathan Kent are among the creature’s first victims as it crash lands on our planet. Although the story is filled to the brim with narration, one can hardly deny that he or she might be thinking the same thoughts as the monster pursues her through the family farm. Although this short story may not provoke deep thought, it does evoke a sense of fear from something familiar as it challenges our expectations for the Kent’s first meeting with Kal-el.

“Last Laugh” is a Batman story that challenges our expectations regarding duality between Batman and Bruce Wayne. The author informs us that everything we know about the caped crusader is wrong. Our familiar origin story is simply the concoction of Bruce’s split personality as he seeks to deal with his childhood conviction of patricide and matricide. Ultimately, Bruce has created Batman and the Joker to represent the good and bad sides of his personality, respectively. With this knowledge, the reader is encouraged to reevaluate all of the interactions between Batman and the Joker throughout their seventy-five-year history. 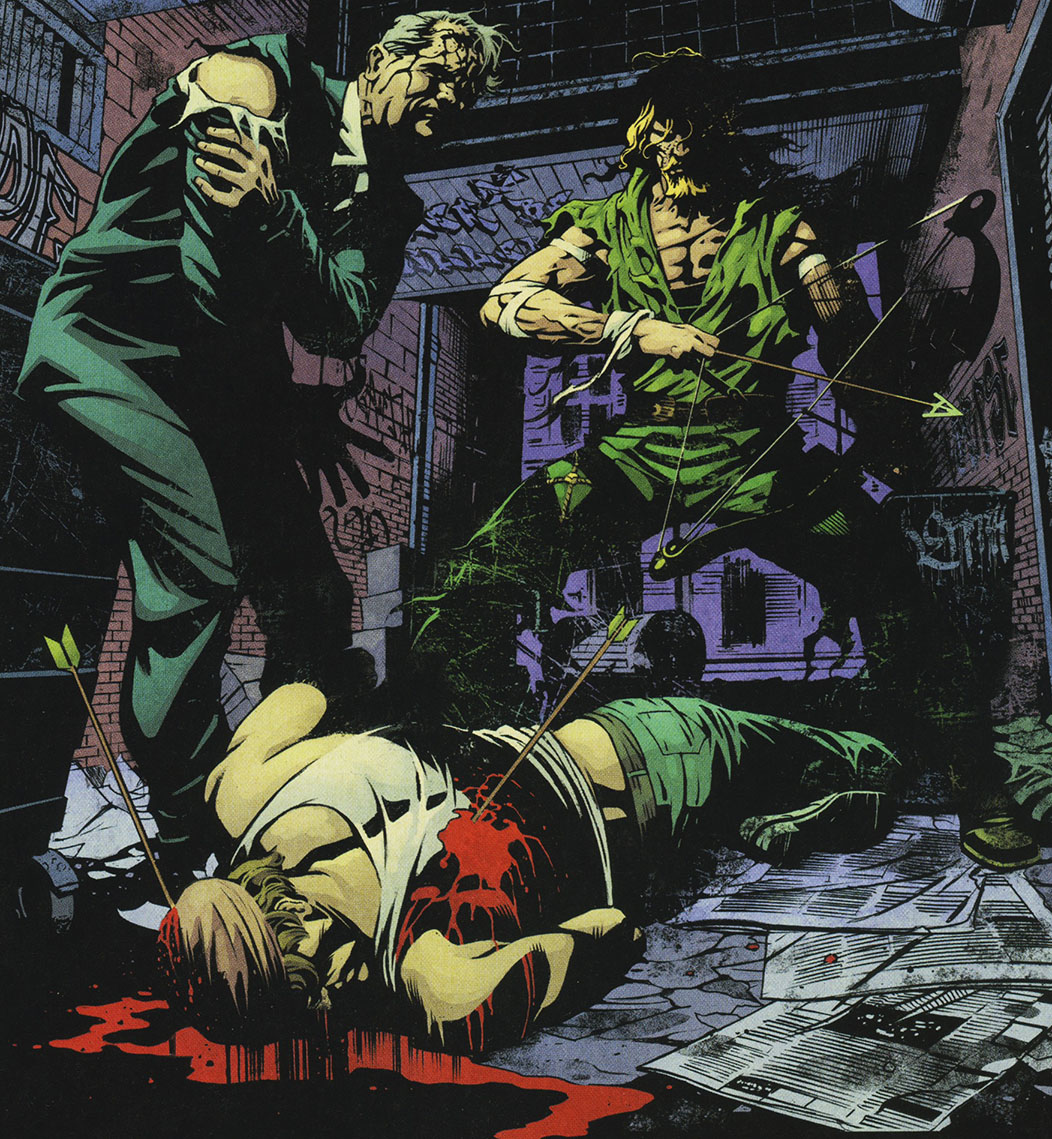 Unfortunately, there are some tales within DC House of Horror # 1 that seem to fall flat because they neither evoke a sense of terror nor provoke thought within the reader. One such story is “Stray Arrow.” This is a Green Arrow tale in which the character is a murderous vigilante plaguing Star City. This story would have more resonance with the reader if many of these story beats weren’t previously explored during every season of Arrow. The only difference is that Oliver Queen and other members of Team Arrow lack many of the redeemable traits that he possesses within the television series. In the end, the shock value of this twisted take on the emerald archer is lost as much of this has been explored in other mediums.

Another important element of DC House of Horror #1 is the art. With most stories, the art elevates each of the tales to the next level as it depicts the dark and twisted tales. Most noteworthy is Kyle Baker’s art on “Crazy for You,” as it evokes the art of traditional horror comics from the medium’s past.

DC House of Horror #1 succeeds on its premise of delivering scary or thought-provoking tales regarding our favorite characters.  It provides the readers with tales to enjoy throughout this Halloween season as it twists the familiar into something horrific, thought-provoking, and nearly unrecognizable. Ultimately, this book is a horrific treat for those looking for short stories to read this holiday.