Home COMICS Check out the New Marvel Comics Arriving on 1/27! 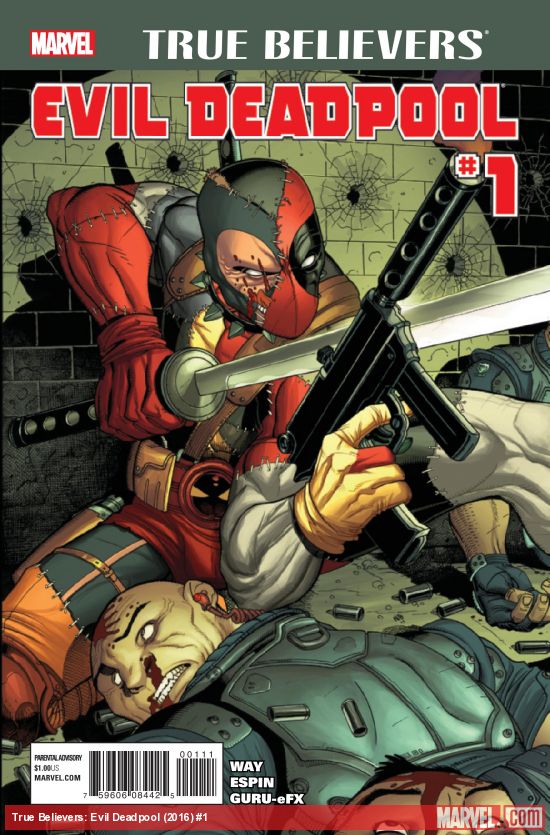 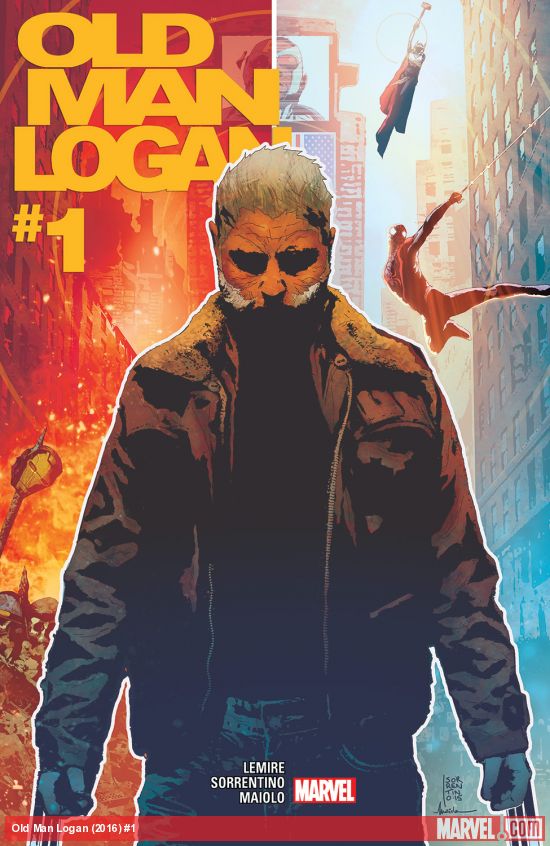 Fifty years from now, Logan — the man who no longer calls himself Wolverine — will have endured many atrocities: The Marvel Universe’s villains will have banded together and rid the world of its heroes. Logan’s closest friend, Hawkeye, will have been murdered in cold blood right before his eyes. And driven mad by the same radiation that gave him his superhuman strength, Bruce Banner will have fathered a family of hillbilly Hulks…that eventually went on to slaughter Logan’s wife and two children. But now, in the present, Old Man Logan wakes up to discover himself in a world before these atrocities, before the Wasteland. And he’s going to seize this opportunity and change history to ensure that his future never comes to pass… 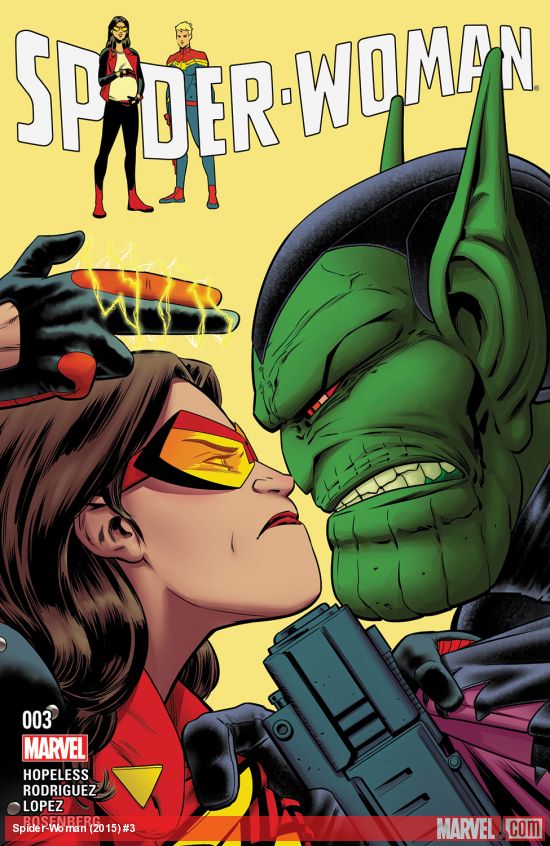 SPIDER-WOMAN STUCK! Jessica Drew is no stranger to unusual circumstances, but getting held captive by Skrulls in an alien hospital in the center of a black hole with a bunch of extraterrestrial moms-to-be might take the cake! 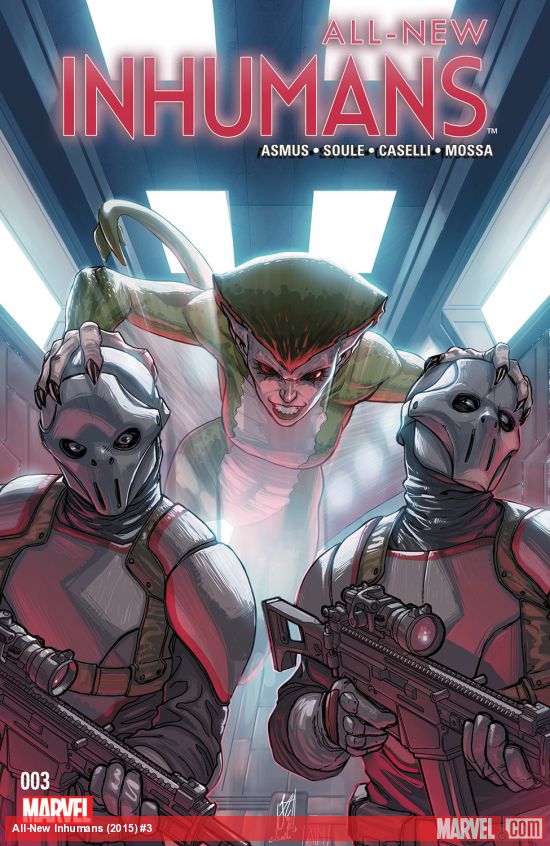 The All-New Inhumans are trapped by a dictator hell-bent on weaponizing Inhumans as weapons of mass destruction. Let’s hope Gorgon’s training pays off or they may not make it out alive! 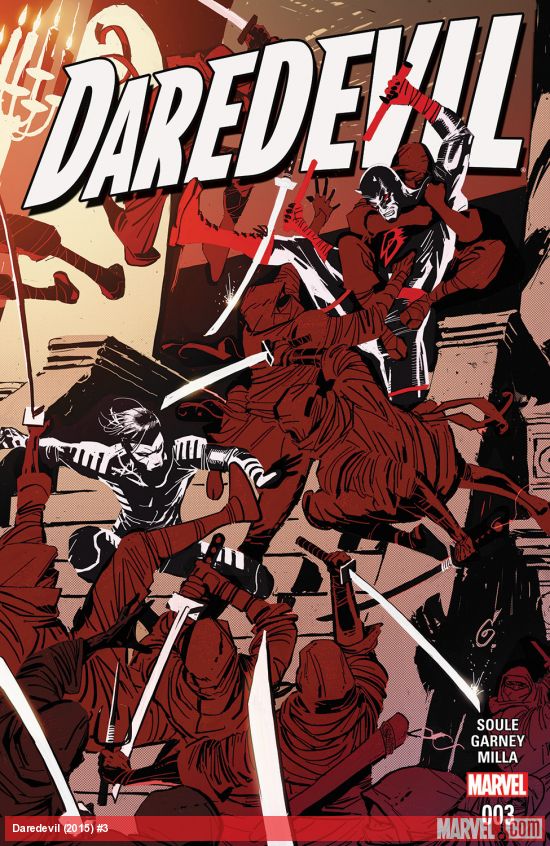 HAND-TO-HAND COMBAT! Things quickly come to blows when the Man Without Fear and his new protégé are forced to take on a horde of HAND ninjas. And Matt Murdock’s day job isn’t going much better… His career as an ADA takes a severe hit when he’s unable to indict local crime lord Tenfingers. 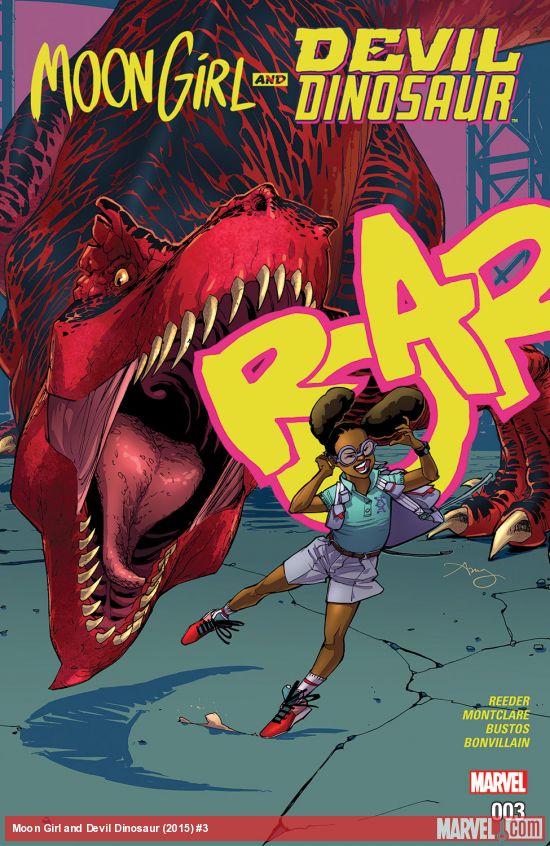 SAVED BY THE BELL! DEVIL DINOSAUR goes to school. What could possibly go wrong? MOON GIRL gets her game face on and is ready to take back what’s been stolen from her! And the KILLER FOLK up their street cred! 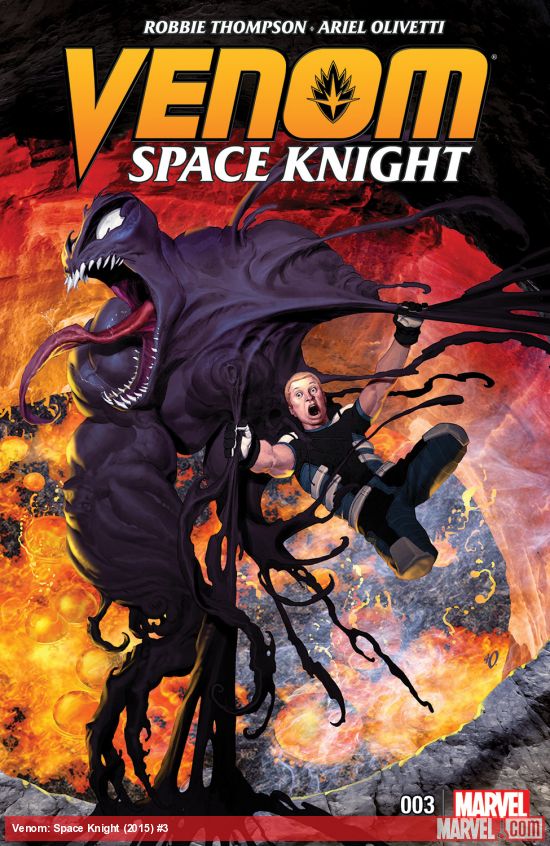 Venom gets an emergency message from a planet made up of volcanoes. The symbiote does not react well to heat. There are problems. 803 has a plan! And it doesn’t involve self-destruction! Well, he also has a plan that DOES involve that, but that’s an ENTIRELY DIFFERENT PLAN! HEROISM! SNAKE-HAIRED ALIEN LADIES! PRESENTS! 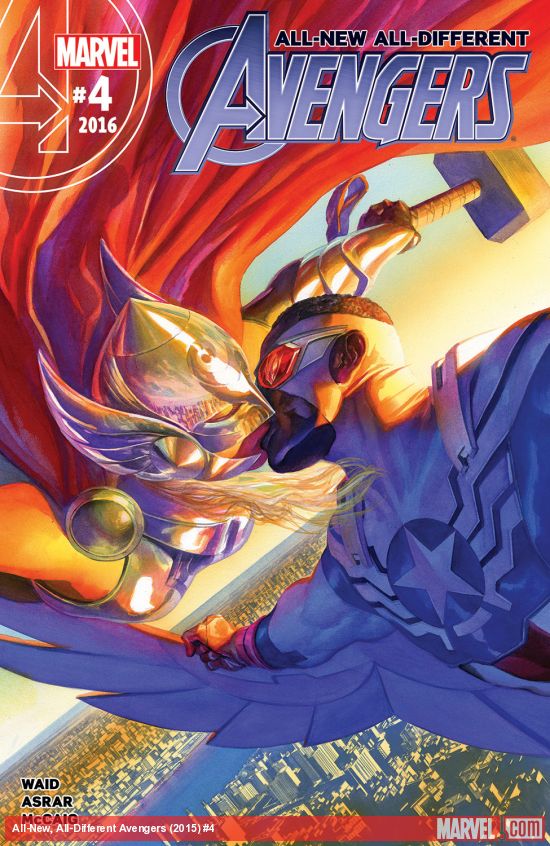 You thought the origin of the All-New, All-Different Avengers was surprising? You haven’t seen anything yet! When passions flare between Captain America and Thor, they lead to Earth’s Mightiest Kiss! 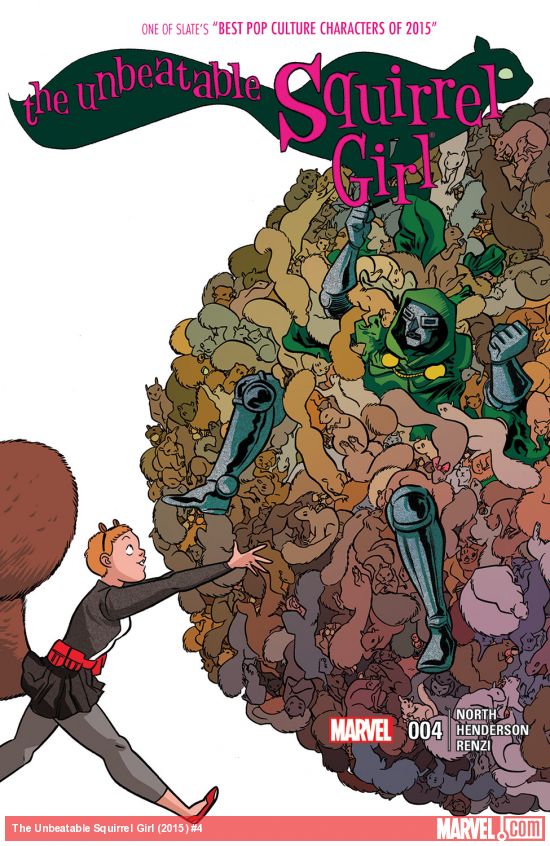 PREVIOUSLY ON “THE UNBEATABLE SQUIRREL GIRL”: Squirrel Girl is trapped in the past, and friend Nancy has gone back to rescue her! But Nancy didn’t have a time machine, so she hitched a ride with DOCTOR DOOM!! So now it’s Squirrel Girl versus Doctor Doom in the 1960s, fighting for the fate of the very planet!! What could possibly go wrong, right?? Well anyway, in this issue EVERYTHING GOES WRONG FOREVER 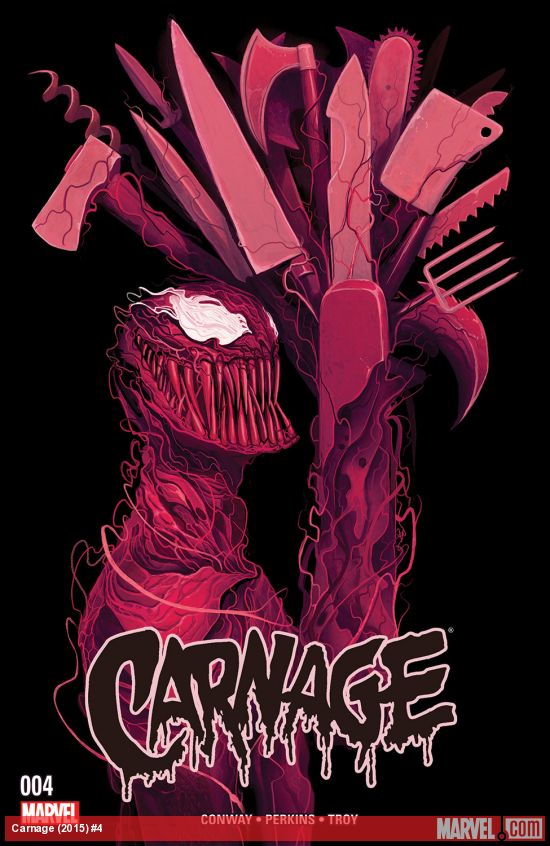 The most spine-chilling comic of the All-New, All-Different Marvel line marches on! Carnage is still loose in an abandoned mine, and if that’s not bad enough, all isn’t as it seems! And TOXIN arrives for a symbiotic smackdown! 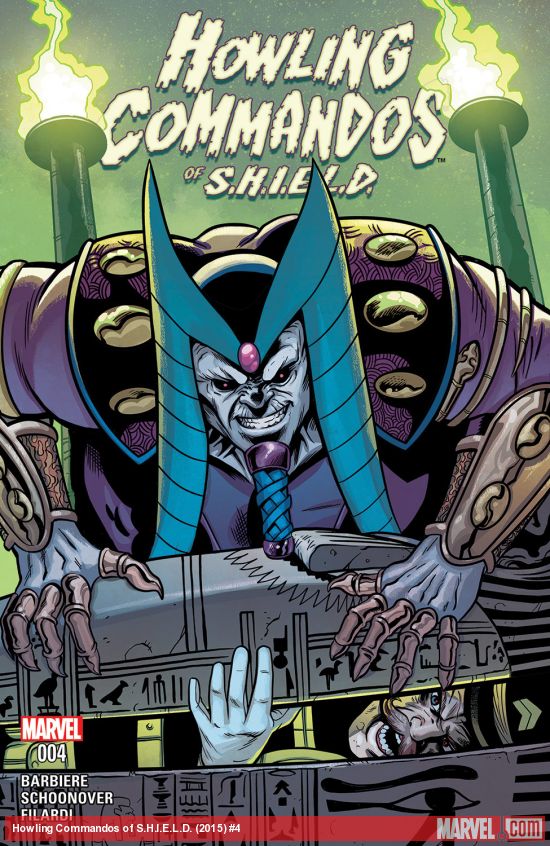 Dum Dum struggles to hold his team together after last issue’s events! A mysterious new foe makes his move against the Howling Commandos! New member Glyph’s secrets are revealed…but is she friend or foe? 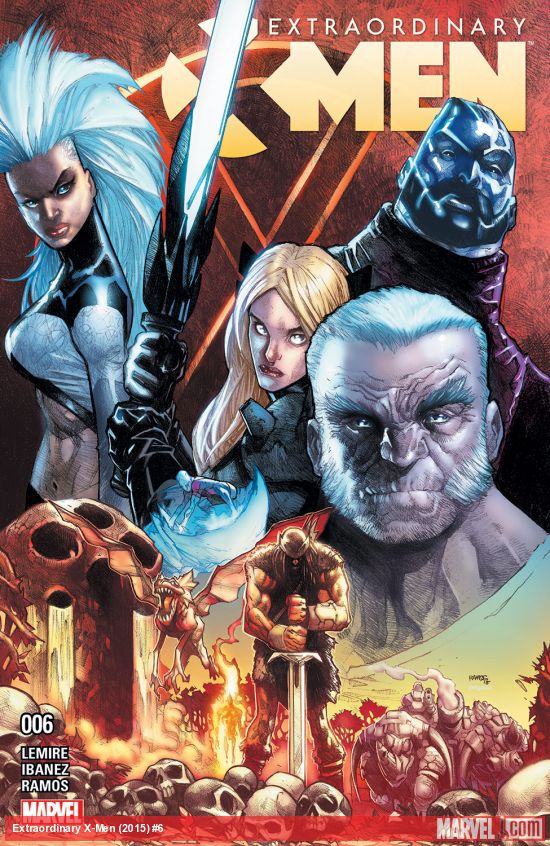 This month, it’s mutants, monsters and…RHINOSAURS?! With the doors of X-Haven thrown open wide to mutantkind, the Extraordinary X-Men continue their mission of providing relief and rescue to any mutant in need. But when they respond to a distress call originating in WEIRDWORLD, are the X-Men in over their heads…or worse, about to lose them? 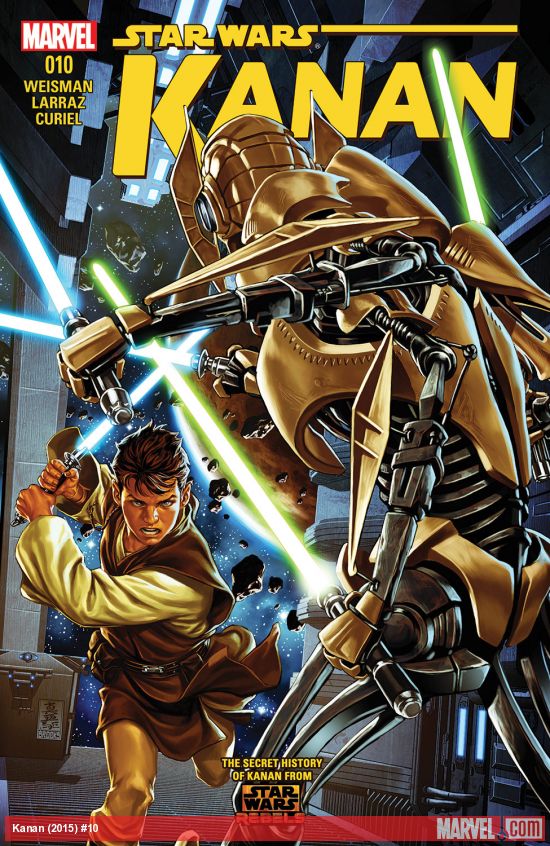 Caleb Dume’s first days in The Clone Wars continue…Master Billaba brings her Padawan and their clones to the Battle of Mygeeto. Separatist Generals Sear and Grievous lay in wait… Star Wars © Lucasfilm Ltd. & TM. All rights reserved. Used under authorization. Text and illustrations for Star Wars are © 2015 Lucasfilm Ltd.