Home COMICS The Five Greatest Superhero Sidekicks of All Time 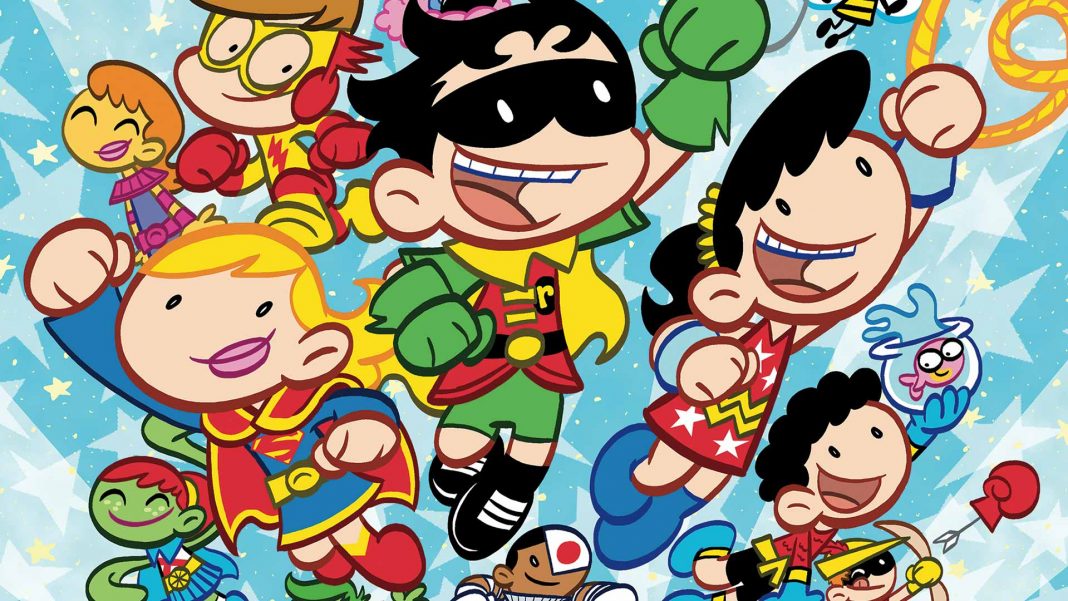 Superhero-ing is not an easy job, with all the late nights and the imminent danger and the saving the world every single day. No hero worth his salt would be caught dead in a ditch somewhere with no one to help—hence, the birth of the ever-loyal sidekick. How many times have there been a need for campy crimefighters in short-shorts, right? With that in mind, here are the best superhero sidekicks who came to the rescue of our favorite headliners time and time again.

Why is Skeets in the best superhero sidekicks list? Because he’s a sentient robot from the future with a knack for sarcasm, and that’s that. Booster Gold would never have survived all of his time-travelling adventures (and ego-driven misadventures) without Skeets’ calculations and vital mission information, because it’s always handy to have a living data bank floating around when you’re heading into the unknown. Who says man and machine can’t have a stable relationship?

It’s always a good idea to start out as a kid hero from the Teen Titans, because it’s like a supercharged training ground that’ll basically ensure you’ll be a great hero one day. With Green Arrow’s ward Speedy, his mentor didn’t exactly pay him enough attention during the early days, making him succumb to drug addiction. But despite losing his way, Roy Harper eventually overcame his struggles in life and became his own man as Arsenal in The Outsiders. Sure, he fathered a child with a villainess and even lost his arm along the way, but he soon joined the Justice League to become Red Arrow—not bad for a former junkie!

Yes, Bucky wasn’t always that same smoldering Sebastian Stan you see in the MCU. Before the Winter Soldier became a brooding best bro, Bucky was Captain America’s plucky sidekick in the early years of comics. But when Ed Brubaker and Steve Epting revamped his character in 2004 and made him into a Russian operative, everything changed—from friend to enemy to friend again. Bucky eventually took on the mantle of Captain America himself, which is really the end goal of a true and faithful sidekick.

Pre-New 52 Wally West is still one of the best superhero sidekicks of all time, starting out as Kid Flash from the Teen Titans and eventually becoming the definitive Flash after Barry Allen’s death in Crisis on Infinite Earths. Because he and Barry worked so well together during their time as mentor-ward, taking on the mantle of the Fastest Man Alive was second nature to Wally. Didn’t we just say being on the Teen Titans has its perks?

Because of the many heroes that have gone by the name of Robin, it’s difficult to choose which one is among the best superhero sidekicks. But if we’re going to pick the most deserving, we obviously have to go back to the original, right? The one and only Dick Grayson is the most iconic Robin ever, and everyone knows his tragic story: the premeditated murder of his acrobat parents before Bruce Wayne took him in. Granted that the Dark Knight isn’t exactly an expert in fatherhood, but on his own as Nightwing, Dick Grayson still carries all of Batman’s training with him, and so much more—being a chick magnet included. Isn’t it the one true wish of every parent for their child to grow up and become his own man someday?

Originally created for the Batman: The Animated Series cartoon, Harley Quinn has gone on to become one of the most popular anti-heroes ever. Often receiving all kinds of abuse, Harley Quinn has made her love/hate relationship with ‘Mistah J’ her whole existence. And as far as being the sidekick of the crazy Clown Prince of Crime before her rise to fame, it couldn’t have been easy to have a psychopath as your mentor. But really, she’s insane herself, which is why we all love her so much!

Oddly enough, Marvel doesn’t seem to be as big a fan of sidekicks as DC Comics. But when it comes to the most iconic and the best superhero sidekicks, then you can’t NOT include Jubilation Lee. The fireworks-crackin’ mutant is the beloved sidekick of grumpy ol’ Wolvie, and as the youngest of the X-Men during the 90s, she saw Wolverine as a father figure. Now, ain’t Logan a sweet softy on the inside?