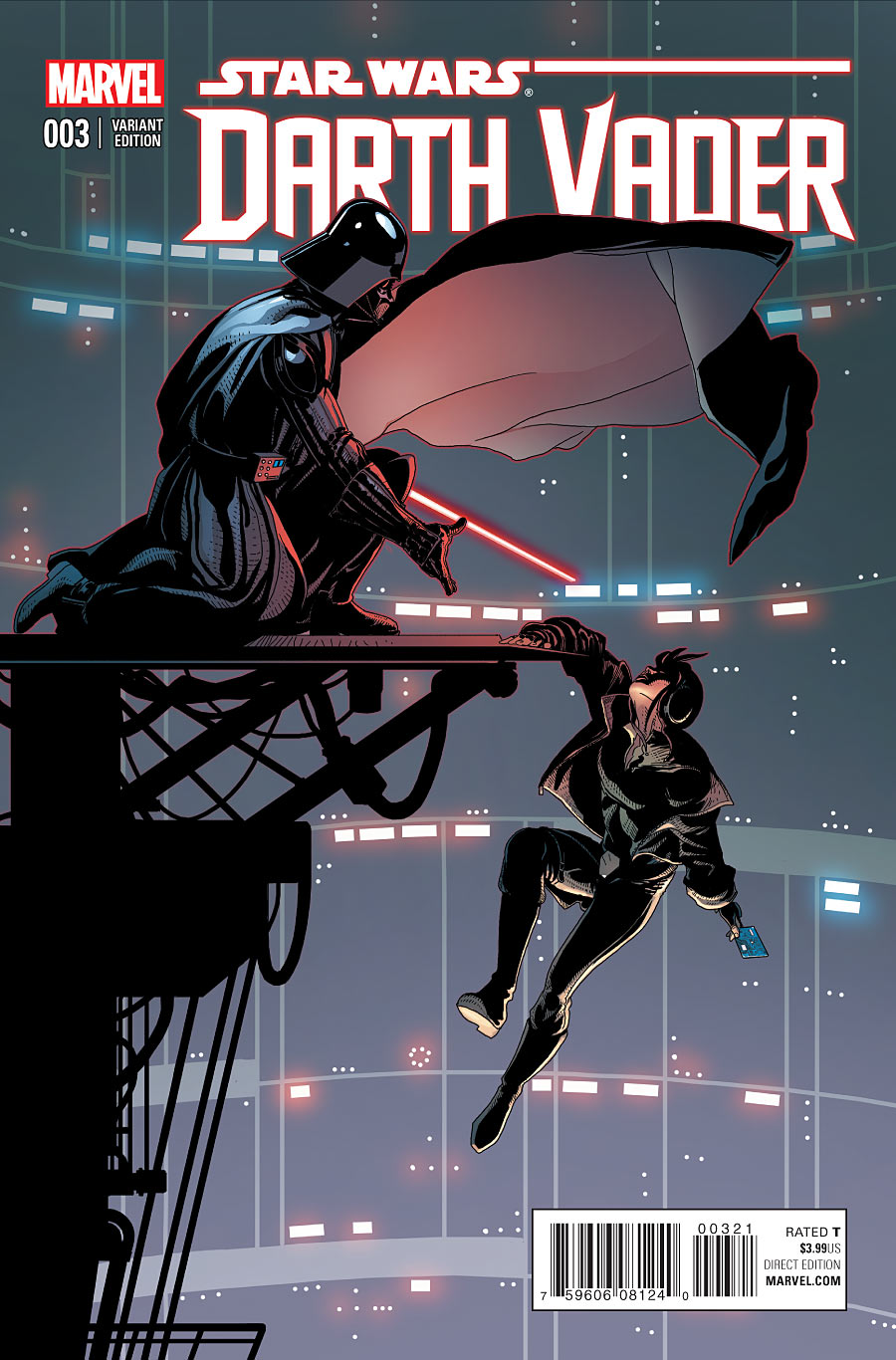 Darth Vader Issue #3 is what I like to call, ‘the calm before the storm’ in the first story arc of the series. Kieron Gillen got a bit of a break as dialogue is at a minimum, however, the general story progresses a lot in just a few pages. Insight into Darth Vader’s intentions are discovered in this particular issue. Salvador Larroca really upped his game with the artwork; more detail is put into the illustrations and as usual, Edgar Delgado’s coloring does not disappoint. If you aren’t caught up or haven’t ready previous reviews, read no further and get caught up here in my Darth Vader #1 Review and here in my Darth Vader #2 Review

Darth Vader Issue #3 starts off with Doctor Aphra breaking into Quarantine World III located in Kallidahin Space. Known as the foremost raider of lost weaponry, Doctor Aphra is there to find the Triple-Zero Personality Matrix in order to upload it into a protocol droid; she is careful to get as far as the trip sensors before she accidentally sets one off. Immediately, battle droids descend on her position as she tries to flee with the Personality Matrix. Cornered and confronted by the head curator, they experience an Indiana Jones-like moment when Aphra exclaims, “It should be in an armory!” when referring to the Personality Matrix. The curator replies with a witty, “And you should be in a prison. Again.” All of a sudden, Darth Vader breaks into the scene and eliminates the curator as well as the battle droids.

We slowly discover Darth Vader’s true intentions: he needs a personal army under his control. Aphra is able to obtain battle droids for Vader and she agrees to help him with anything he needs. Shortly after, she activates Triple-Zero and BT-1, an astro-droid look alike that is actually an assassin. From there the comic cuts to an end with Aphra explaining to Vader that she can get the evil battle droids he’s looking for.