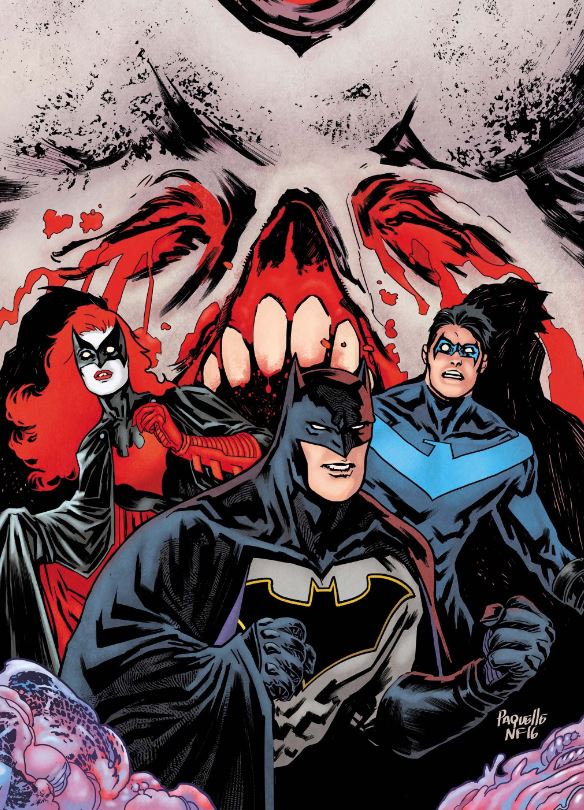 Well, here we go; it’s the very first crossover event occurring in the recently refreshed, legacy-friendly DC REBIRTH universe! But…it’s not exactly an event; this is a more subtle, concise, Batman-centric affair told over six issues and across 3 Batman-related titles. What’s the meaty impetus behind the first DC REBIRTH crossover? Why, that would be Batman and his staunch allies, Batwoman and Nightwing, facing off against the Monster Men.

The binding force here, besides the narrative, is writer Steve Orlando; he’s co-writing every issue. If you’re unfamiliar with Orlando’s work, you absolutely need to read Midnighter; it’s astonishing, incredible, and in dire need of more fanatical fans like myself. Orlando’s a genuine talent, and you should follow everything he does starting…NOW.

A few more facts about DC’s “Night of the Monster Men” multi-part crossover:

1. The first issue hits newsstands on September 21st in Batman#7, co-written by Orlando and Tom King with art by Riley Rossmo.

Before we continue, check out the very first three covers below!

The final half, and remaining 3 parts of the crossover, will continue in October-shipping issues of Batman, Nightwing, and Detective.

Ready for Batman to take on the Monster Men? This…this could be awesome.