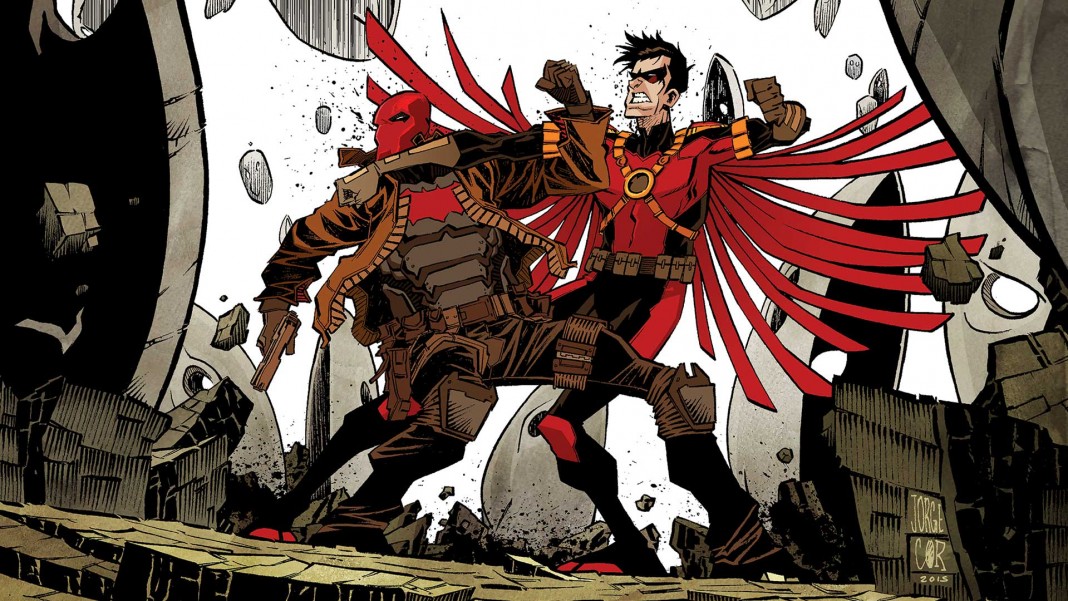 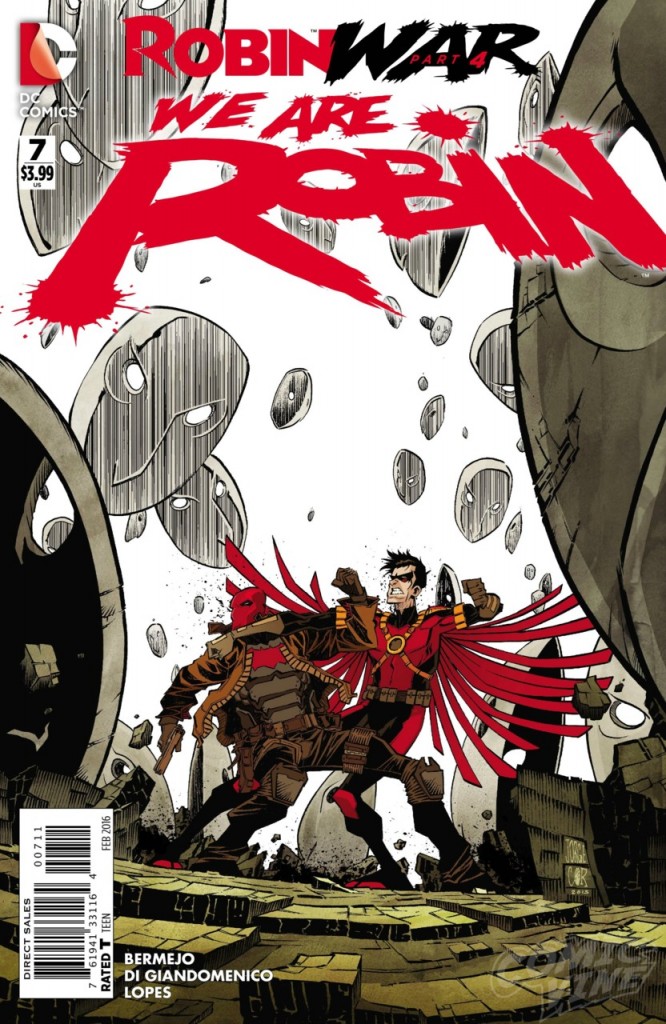 RED ROBIN VS. RED HOOD—TO THE DEATH! “Robin War” part 4 pits Tim Drake against Jason Todd in a steel-cage match—and only the Court of Owls can say who will escape the cage with his life! 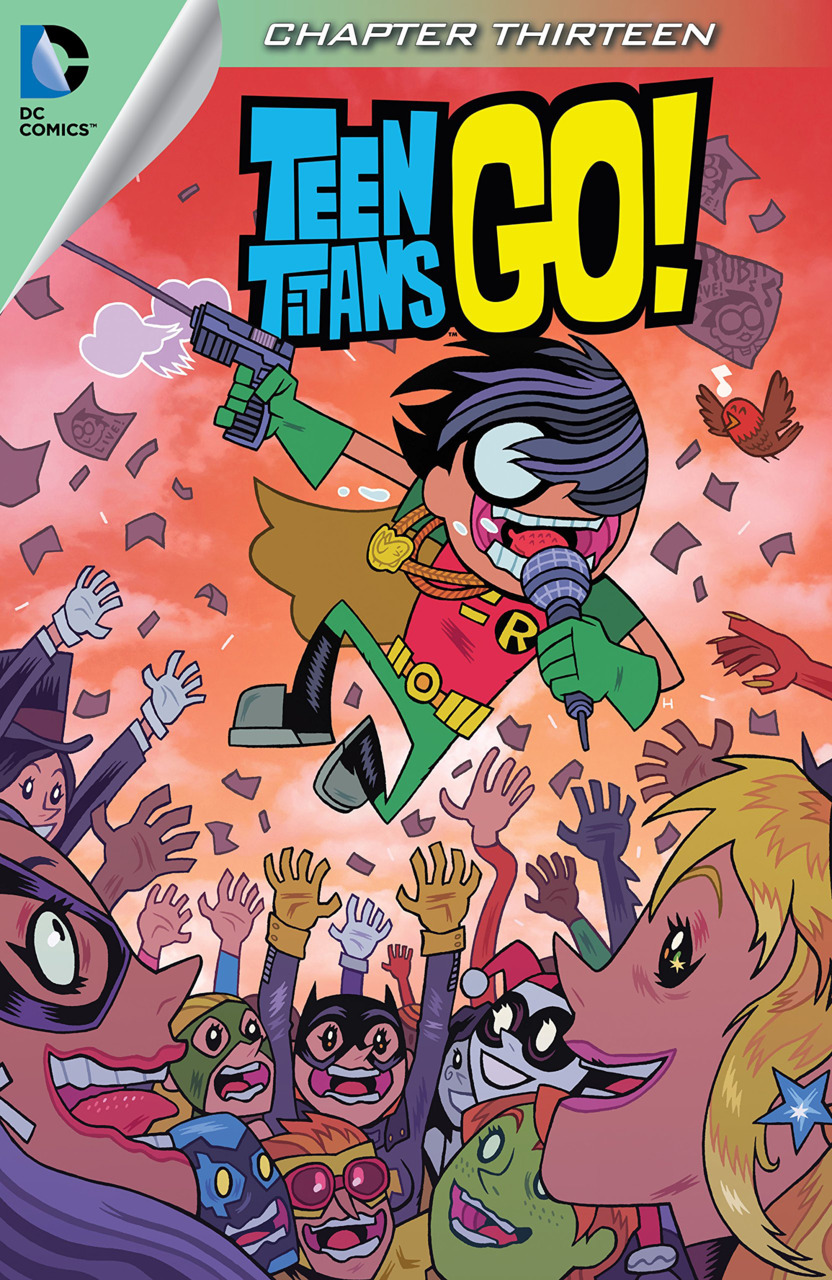 Beast Boy does too. Many. Chores. So he joins his buddy Aqualad for the easy life under the sea. But making his lazy dreams come true isn’t as simple as he had hoped! And stick around as we explore the single most terrifying word in the English language: “Dentist”! 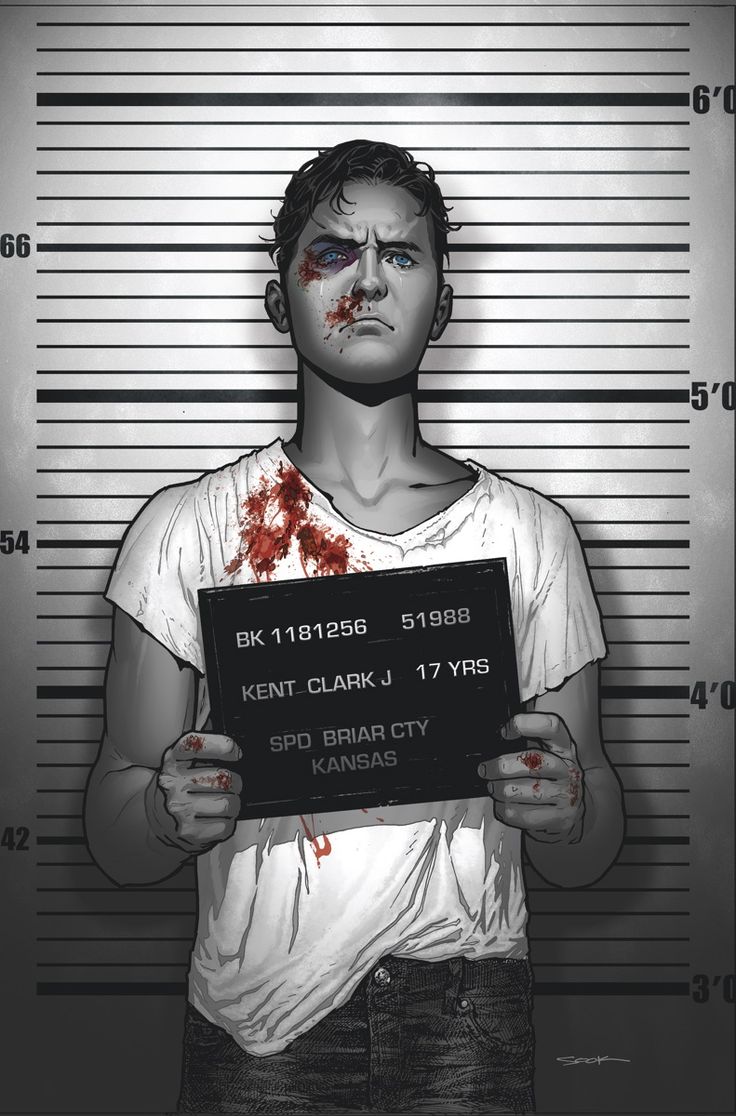 After Smallville experiences its first violent crime in years, teenager Clark Kent is pressured by his best friend Pete Ross to take matters into his own hands in the second issue of SUPERMAN: AMERICAN ALIEN! 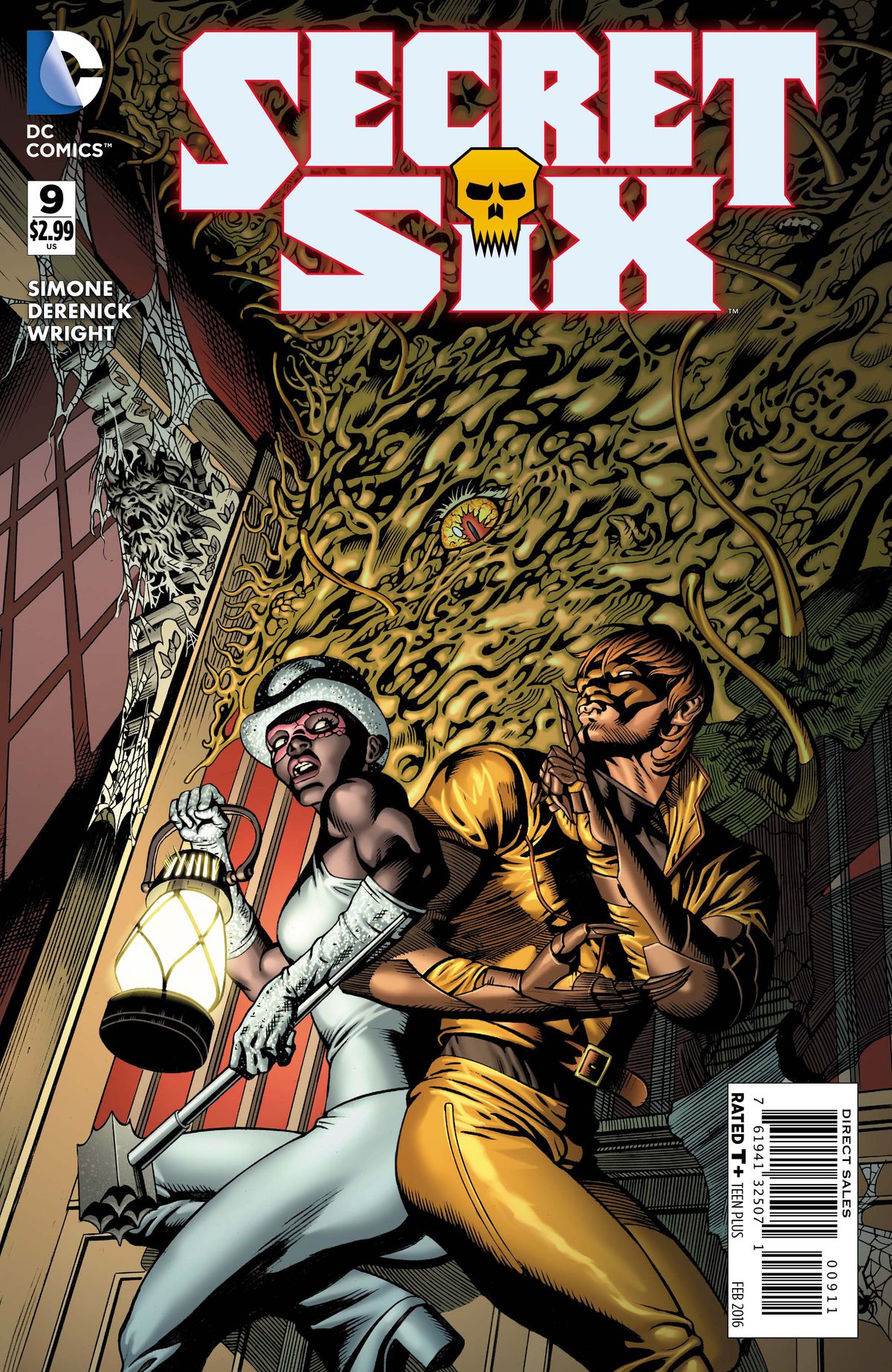 The team’s attempt to defend the Earth from invasion by the Elder Gods takes them to a creepy New England town, inhabited by one very nasty creature. And just when they need Black Alice’s abilities the most, a shocking turn of events puts her down for the count. Guest starring Swamp Thing! 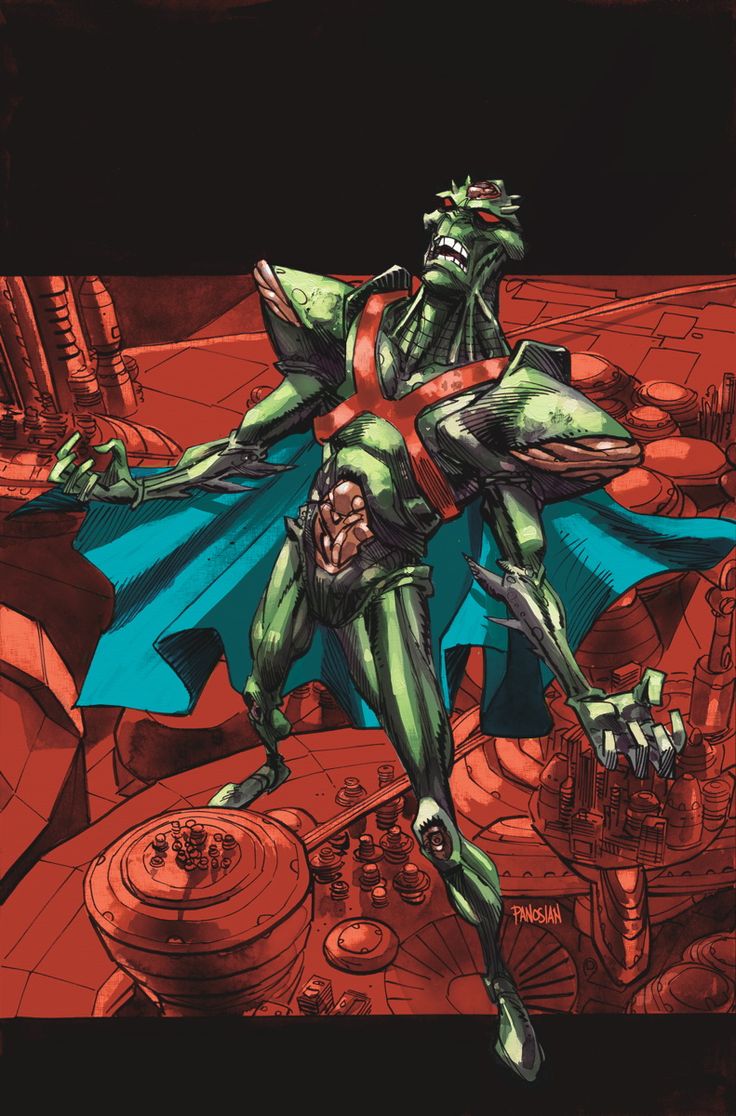 The Red Rising is complete: Mars is reborn, Earth is dead, and the Martian Manhunter walks again. But what will befall his once disparate aspects—Mould, Agent Wessel, The Pearl and Mr. Biscuits—when they are discovered alive on the new red planet? Hailed as one of the best and most unpredictable new DC series in years, MARTIAN MANHUNTER begins a major new story with this crucial issue. 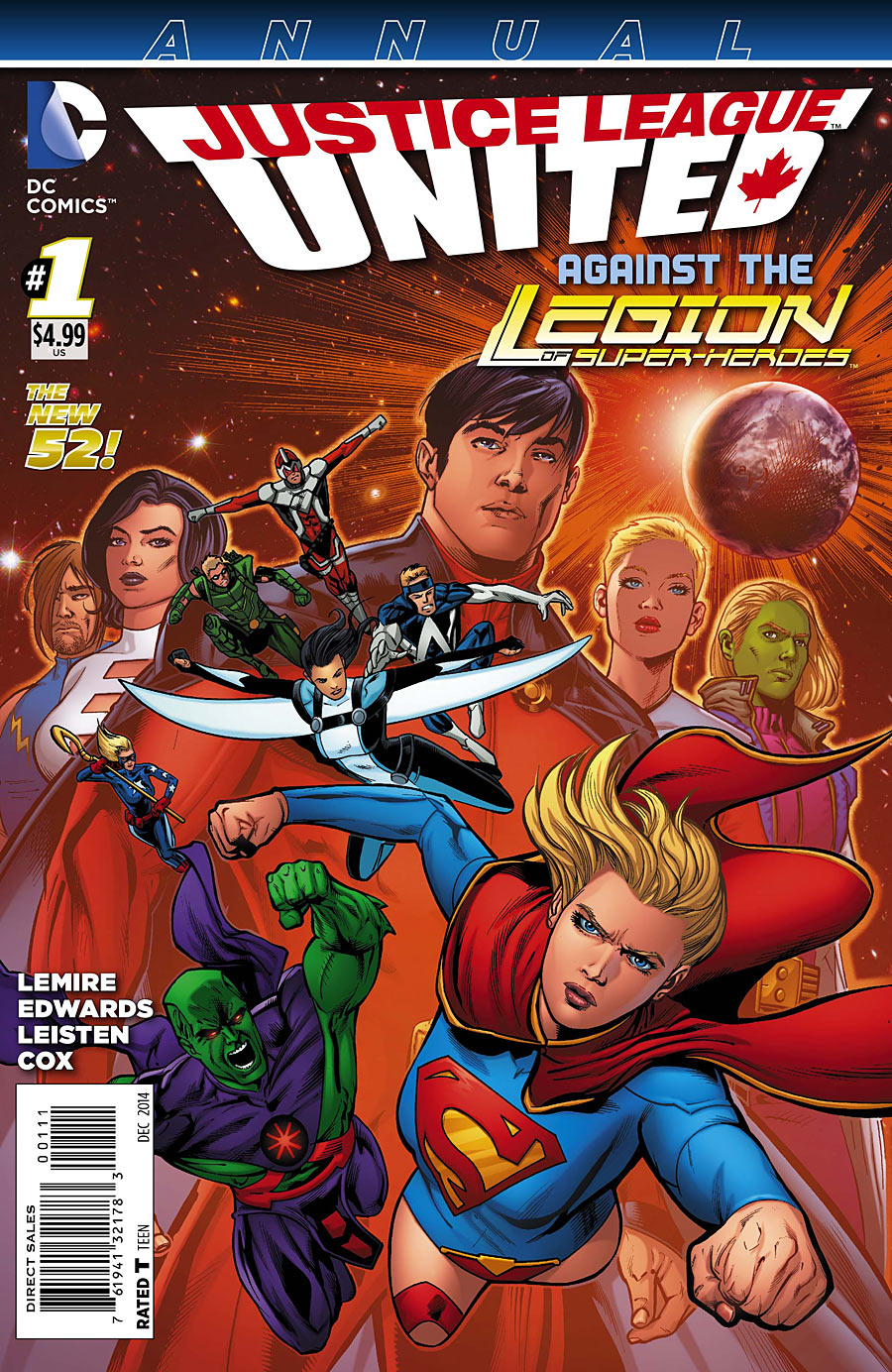 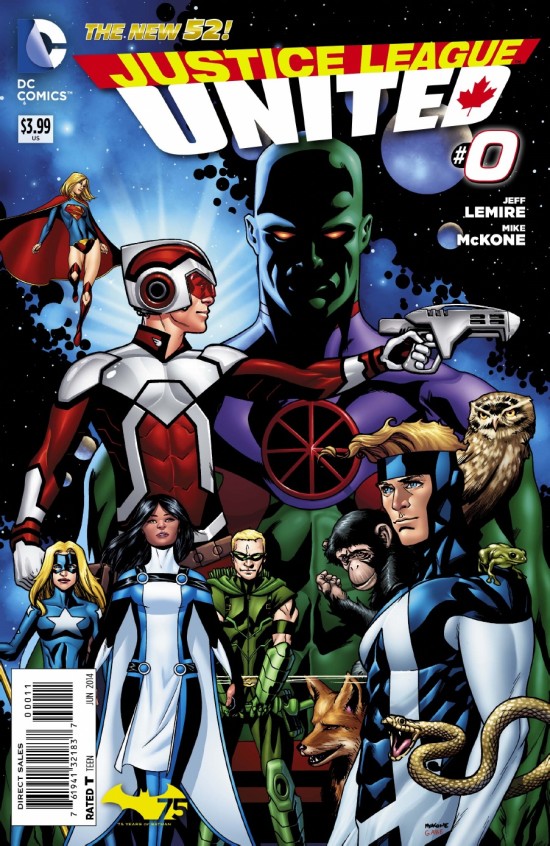 Adam Strange is caught up in an adventure that will unite Supergirl, Hawkman, Green Arrow, Stargirl, Martian Manhunter and Animal Man in a new team! Plus: the debut of the Canadian hero known as Miiyahbin! It’s all here in stories from JLU #0-5! 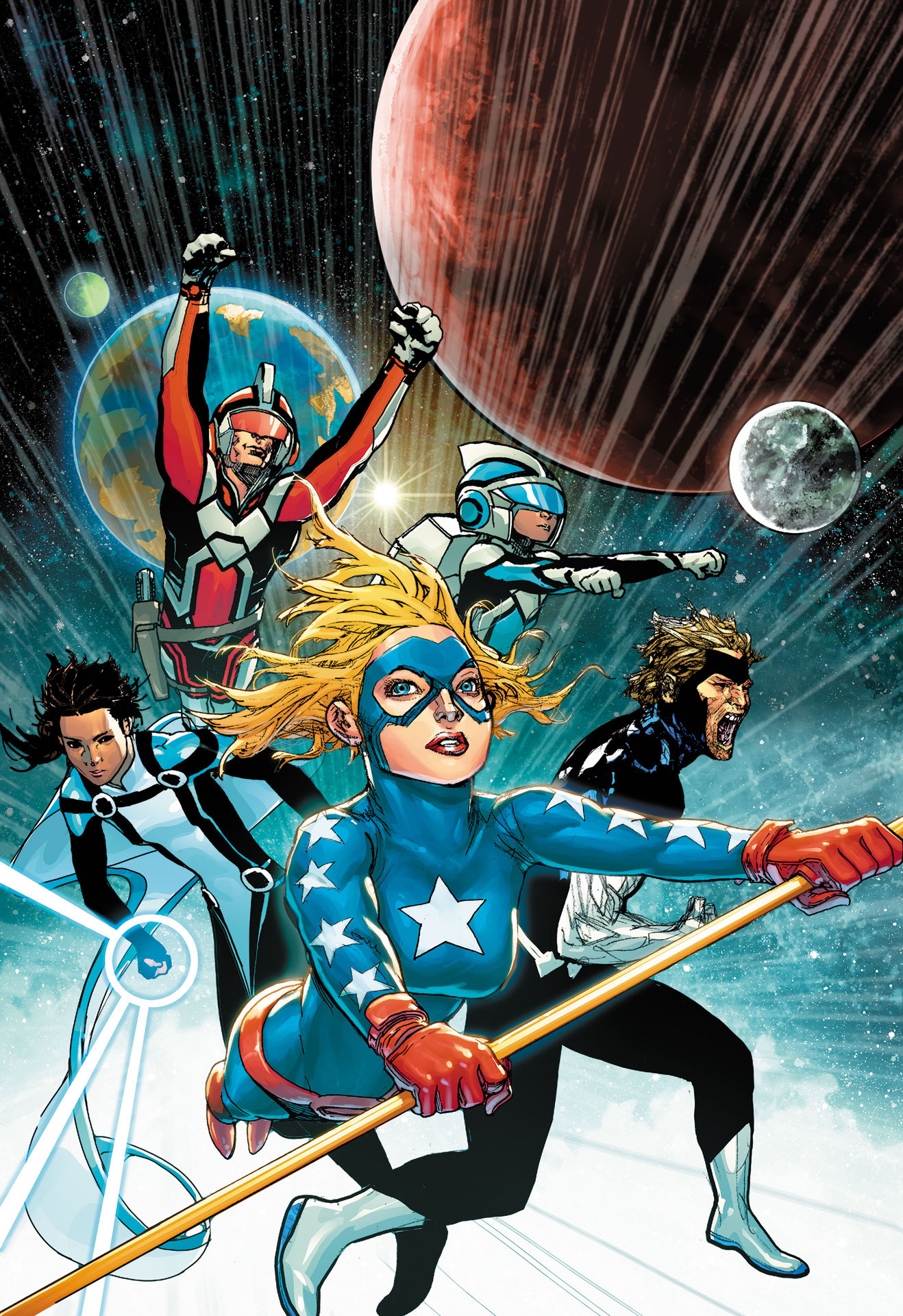 Artist Travel Foreman returns for this “trippy” trip to the House of Secrets to reveal at last how Adam Strange came to be trapped in the Zeta Beam! And just what will that mean for the mysterious, reality-warping Breakers that have brought so many disparate heroes and villains to the team? 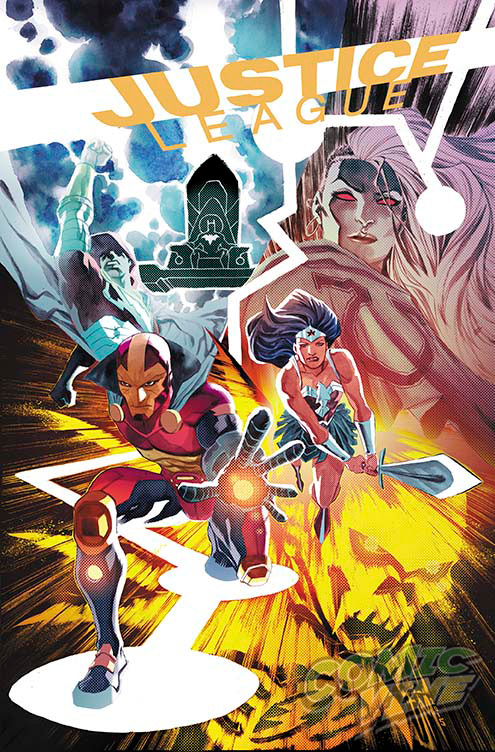 “Darkseid War” rages on! The Justice League has become Gods! Grail discovers a truth about Wonder Woman that disturbs even her! And a shocking secret about the fate of the Anti-Monitor will force the League to seek out new and unlikely allies! 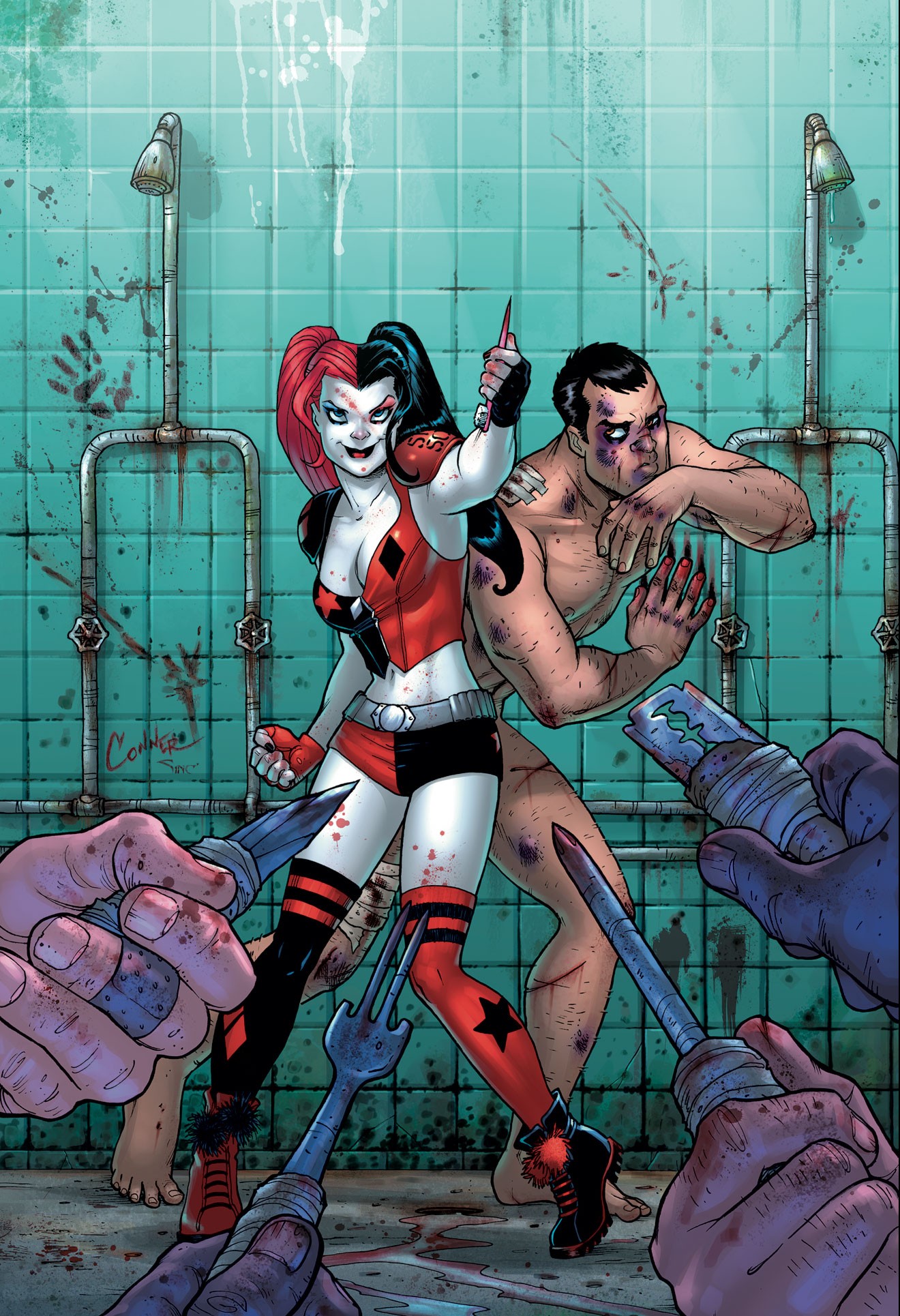 It’s all-out action on two fronts as the Gang of Harleys must split up to tackle two missions at the same time! Zena Bendemova’s vendetta against Harley has to be stopped before innocents are caught in the crossfire…and they have to bust Mason Macabre out of prison before he gets killed! There’s no way Harley will be ready for this shocking twist ending, though… 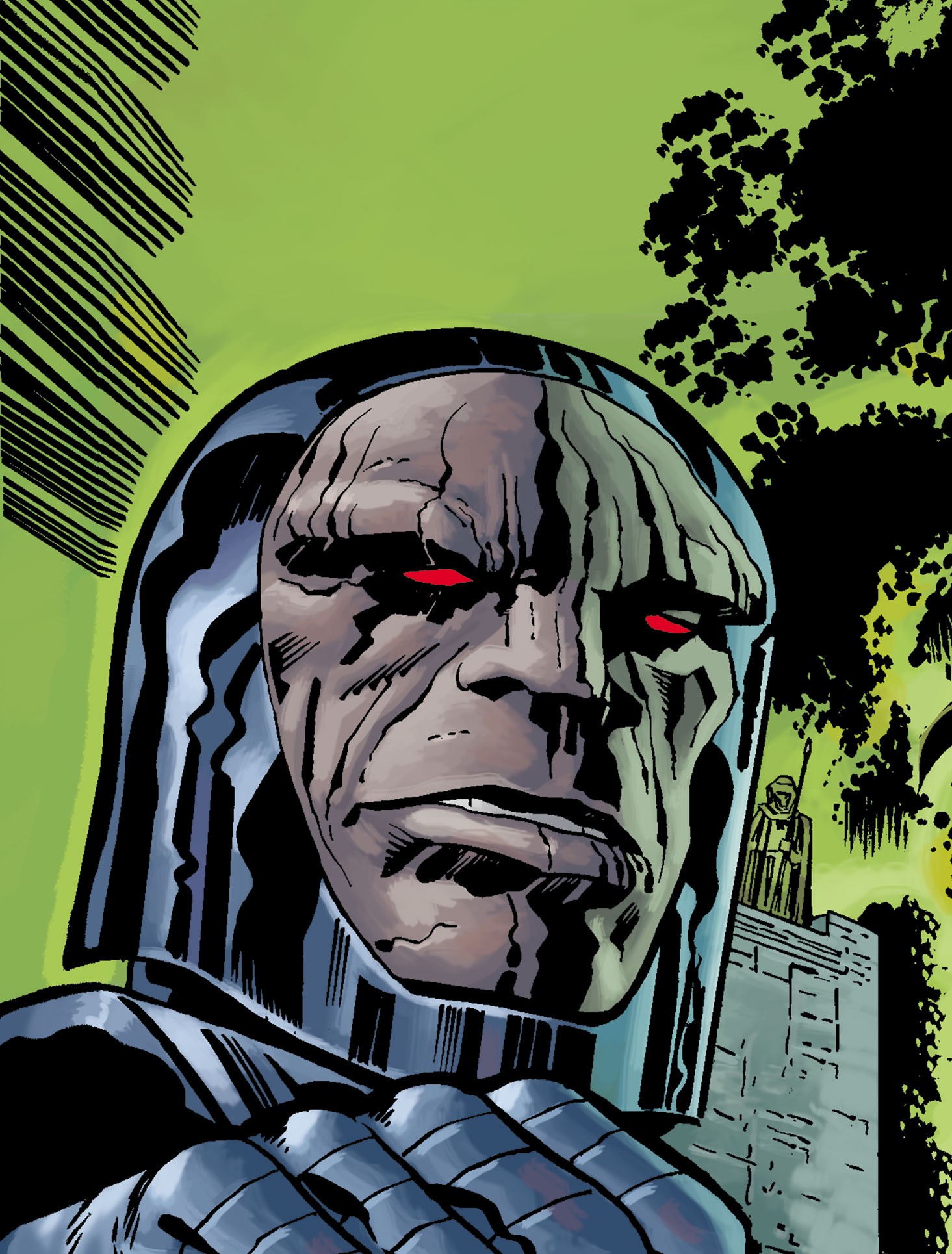 Darkseid has been making trouble for a long time now—and here are some of his earliest epics, from the pages of MISTER MIRACLE #1, NEW GODS #1 and 7, and THE FOREVER PEOPLE #1!

CATWOMAN VOL. 4: THE ONE YOU LOVE 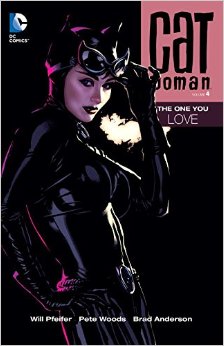 In the aftermath a gang war that ravaged Gotham City, Catwoman must make a deal with Hush to protect the East End. But to keep the streets safe, she’ll have to join forces with a group of super-villains—and take them down from within. Collects CATWOMAN #38-49

BATMAN THE DOOM THAT CAME TO GOTHAM 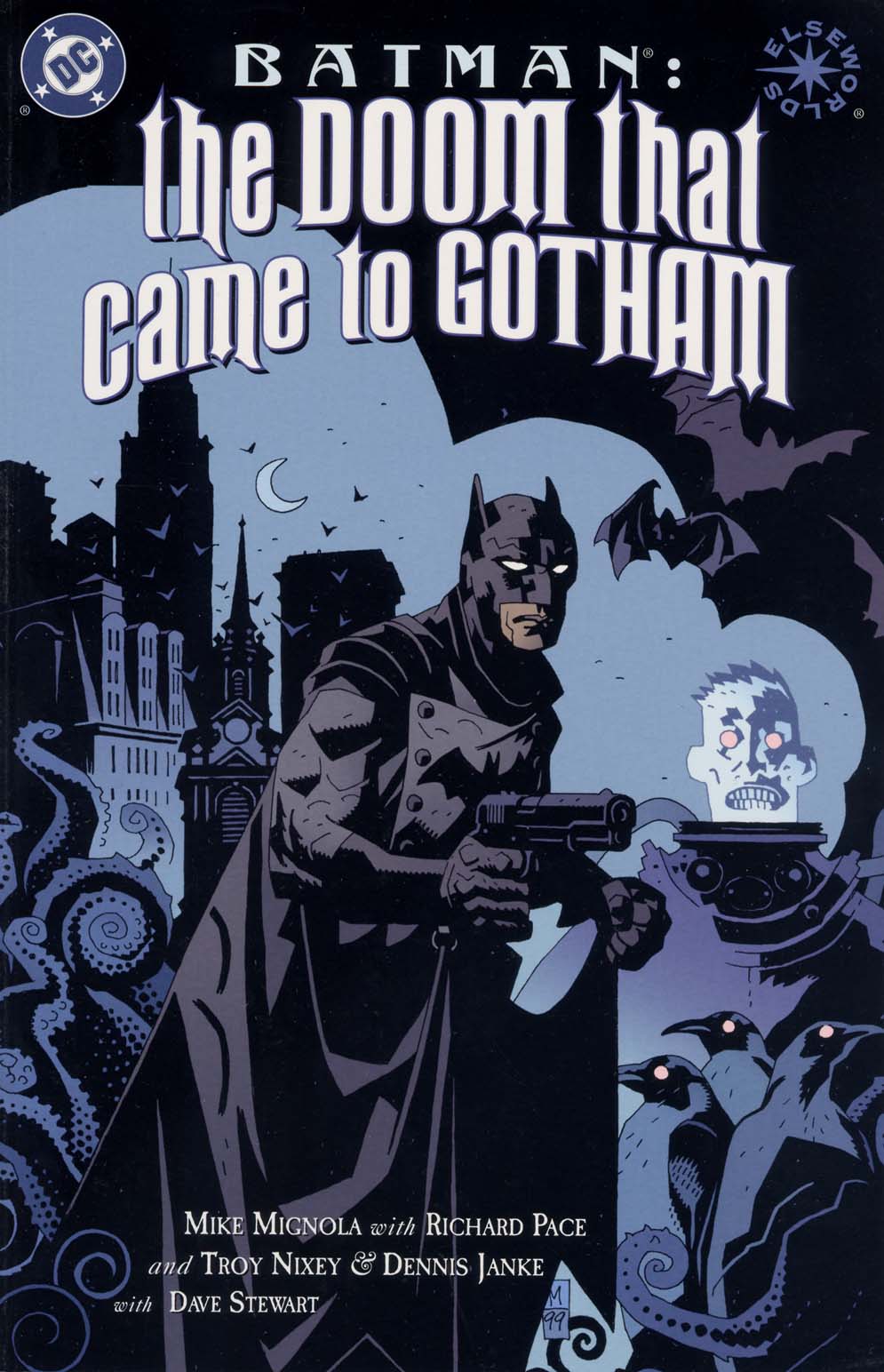 In this tale of horror co-written by Hellboy creator Mike Mignola, Bruce Wayne unintentionally unleashes a dark evil on his city. Includes appearances by The Penguin, The Demon, Man-Bat, Ra’s al Ghul and more! Collects BATMAN: THE DOOM THAT CAME TO GOTHAM #1-3. 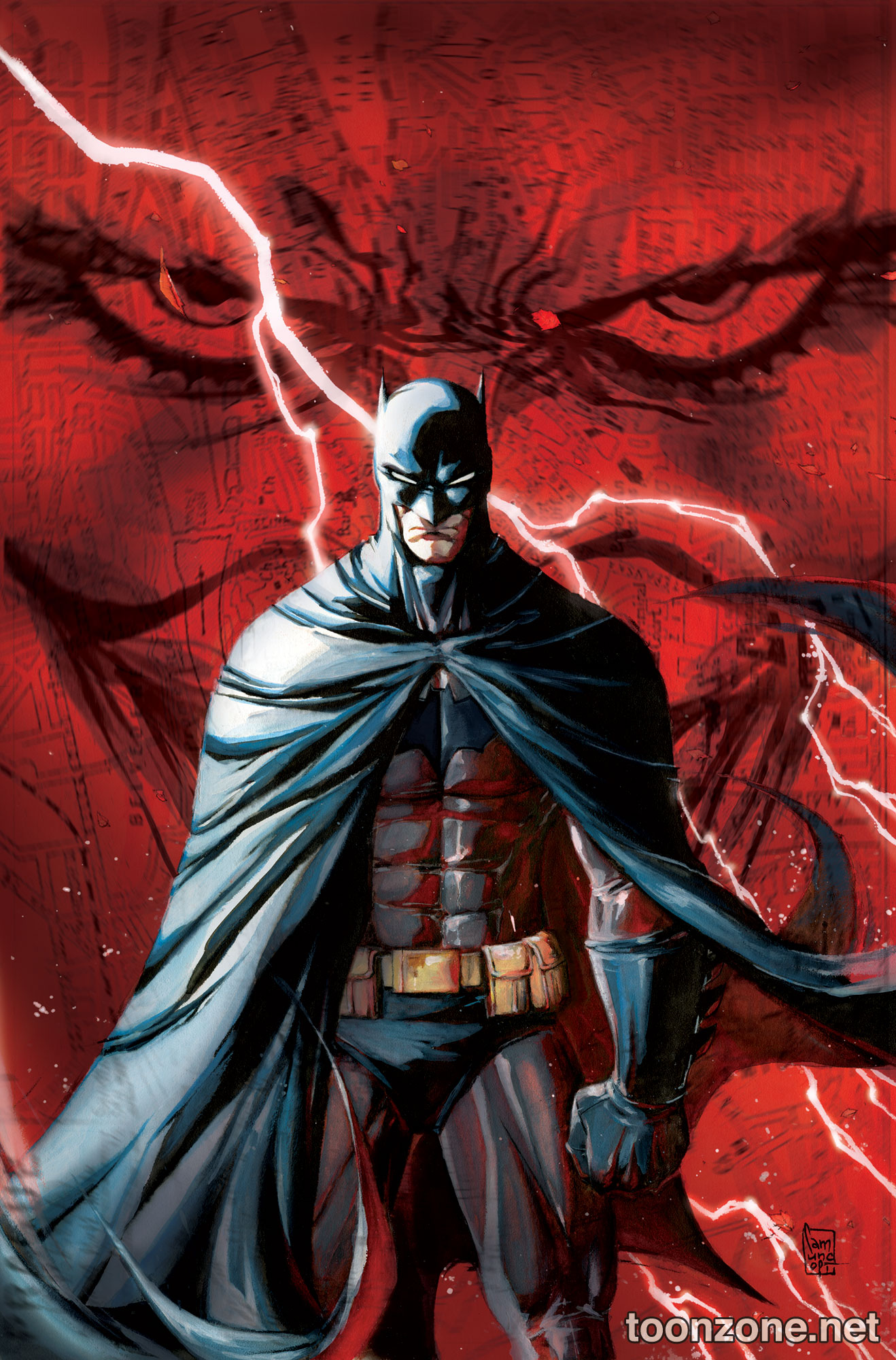 Forced to work with his greatest foe, The Joker, Batman reaches Prague just as the virus he’s been infected with starts to affect him. While the Czech version of Mardi Gras is in full swing, Batman and The Joker search for the mysterious Trojan Horse, a man who knows the secrets of the Colossus virus…but they’ll find more than they bargained for! 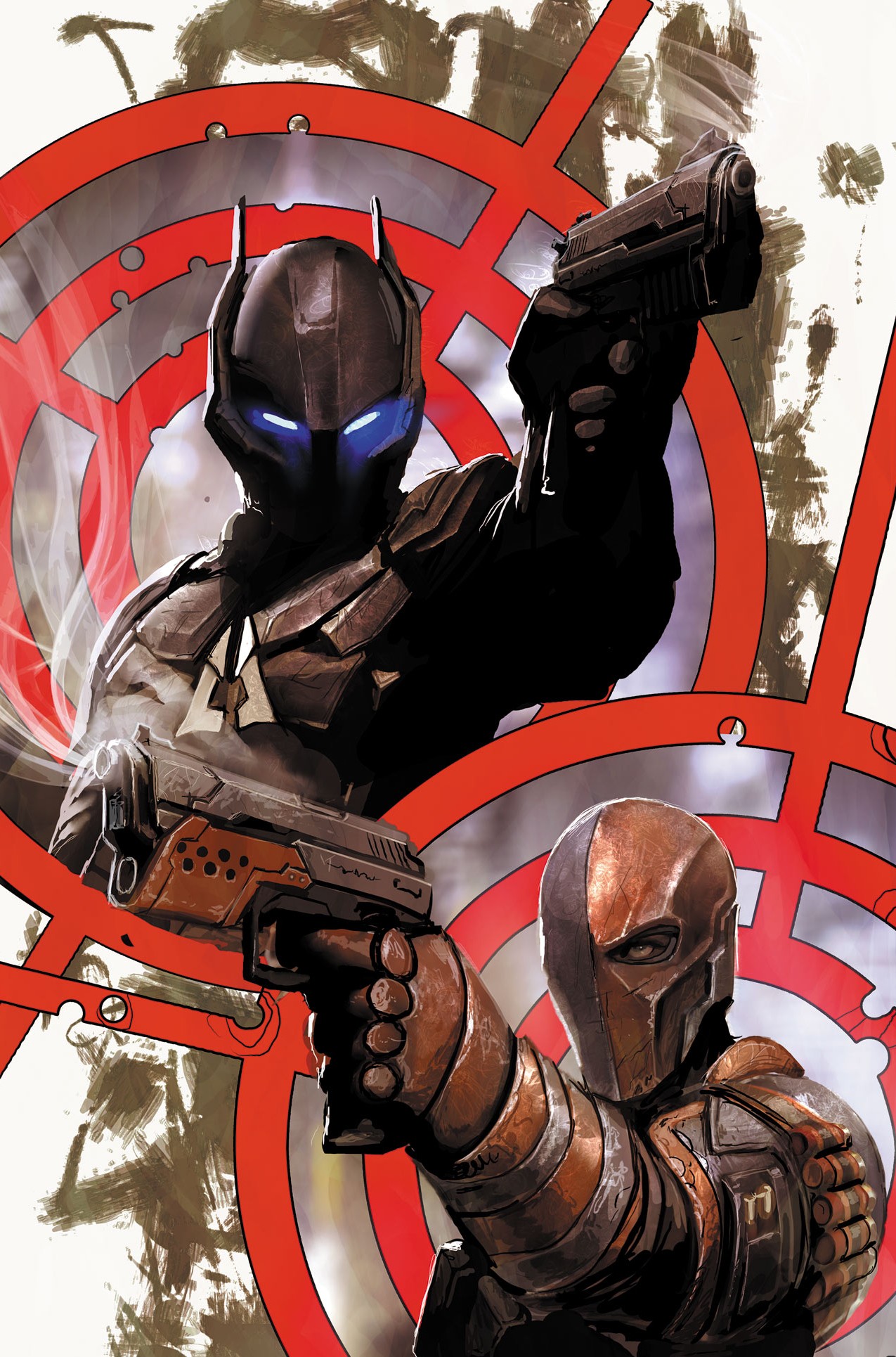 How did the Arkham Knight, once a penniless criminal, amass hundreds of tanks and a veritable army of mercenaries to take down the Caped Crusader? With the help of the world’s most dangerous assassin: Deathstroke the Terminator! 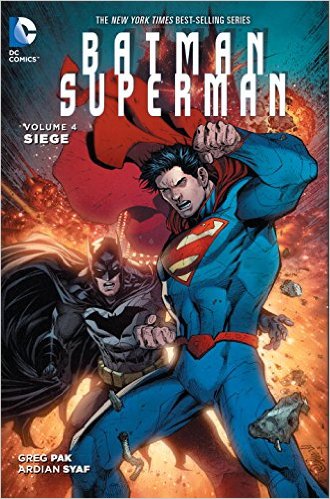 Who is Superman’s Joker? It seems it’s the unseen terror, who makes the battle personal for Superman by attacking all things related to the Man of Steel! Together, Batman and Superman start to track down suspects but the true identity of the villain will shock you! No one is safe when the one you’re hunting has no discernible motive or pattern! Collects BATMAN/SUPERMAN #16-20, ANNUAL #2 and BATMAN/SUPERMAN: FUTURES END #1. 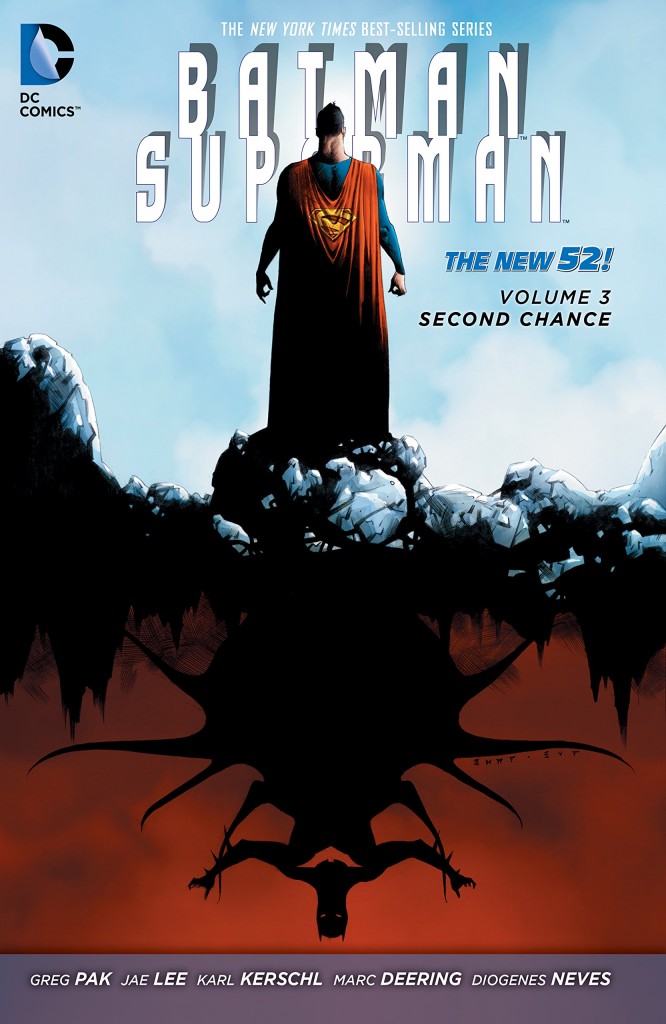 In this collection of issues #10-15, a Dark Knight who is not quite himself must team up with Lois Lane to find a missing Man of Steel. Meanwhile, Selina Kyle encounters a person of amazing strength who has no idea who he is. 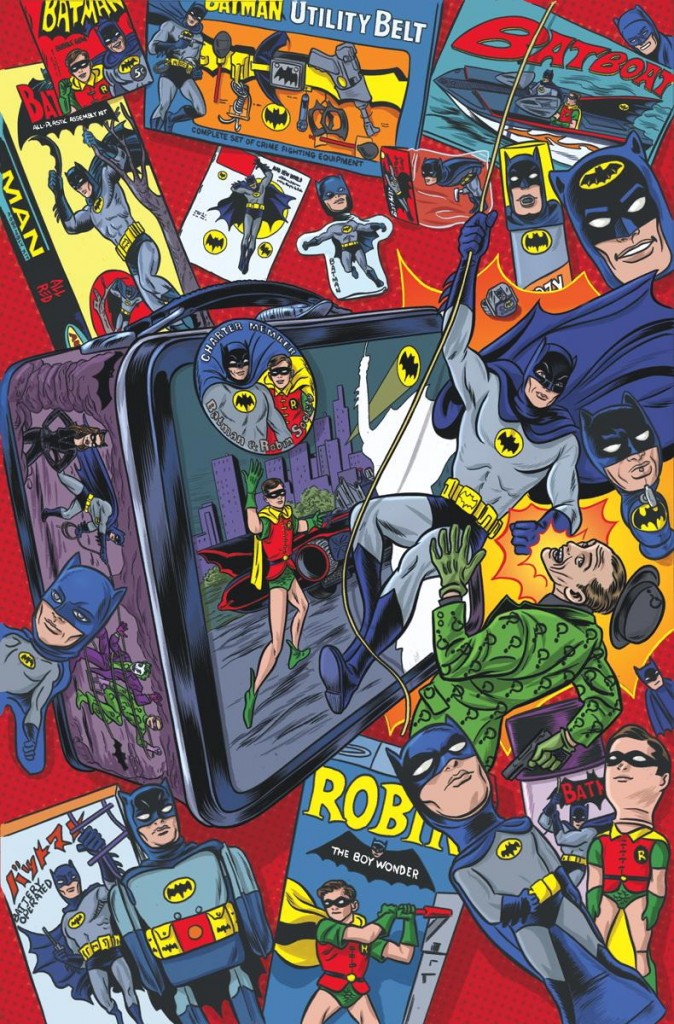 BATMAN ‘66 comes to a close as we unleash cover artist Michael Allred on the entire issue! Mobs of villains arrive in Gotham City for what appears to be a full-blown Criminal Convention. But one bad guy is not happy with how he’s being treated, and decides to tip off Batman and Robin. Will even this valuable bit of information be enough to help the Dynamic Duo overcome the overwhelming odds? 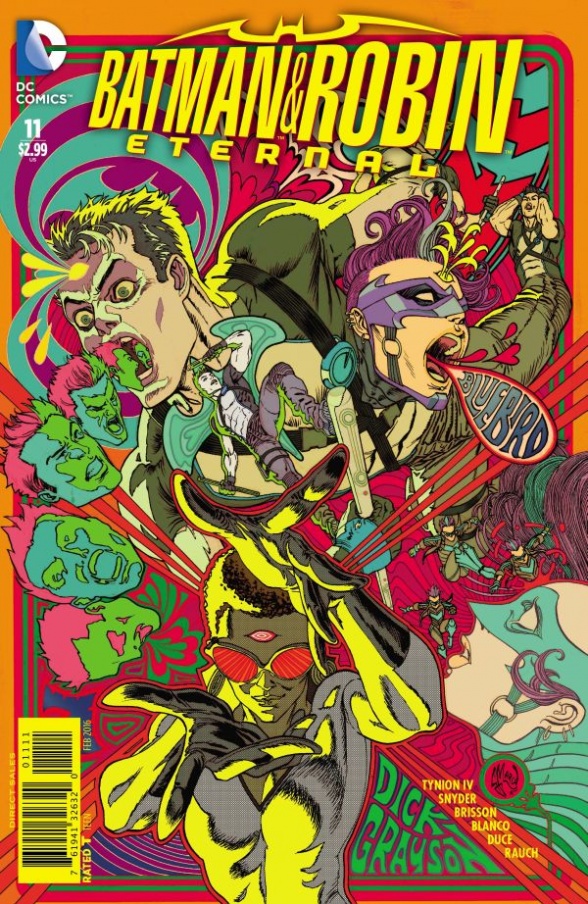 Red Robin and Red Hood have followed a trail of technology to the island nation of Santa Prisca and the mysterious monastery built on the site of what was once the worst prison in the world…but that prison was once the kingdom of Bane, and he wants his kingdom back! Meanwhile, Dick Grayson and Harper Row meet the mysterious Sculptor, a woman who reshapes minds! And with every clue they assemble, a terrible picture of Bruce Wayne’s darkest hour is emerging… 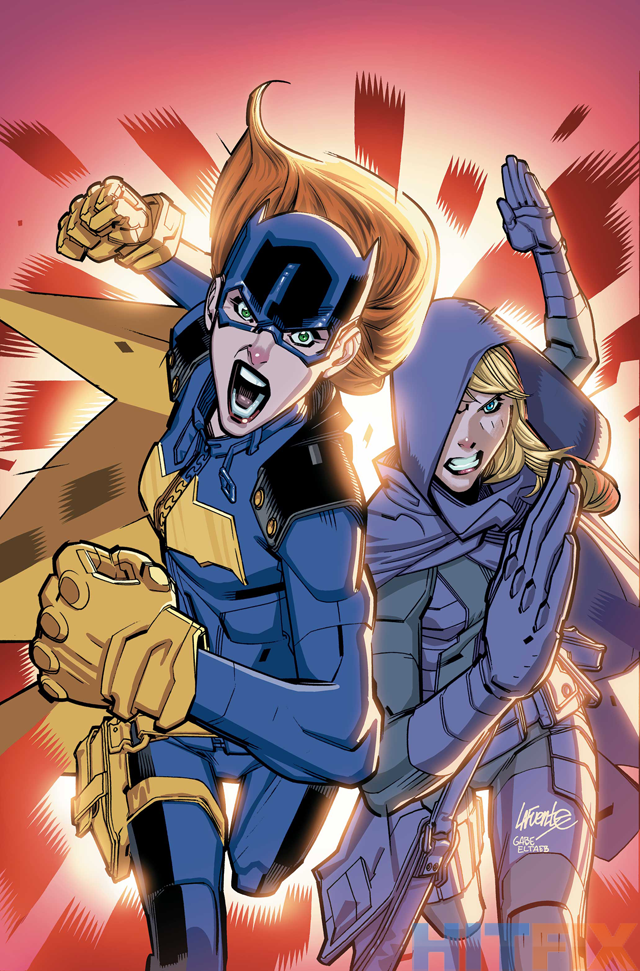 In her civilian life, Barbara Gordon may be sitting on tech research that could be a gold mine…and in her life as Batgirl, she’s cracked the code that might enable her to take down massive police corruption in Burnside! It’s time for Batgirl to level up—but she’s going to need allies on both fronts. Enter the Spoiler!