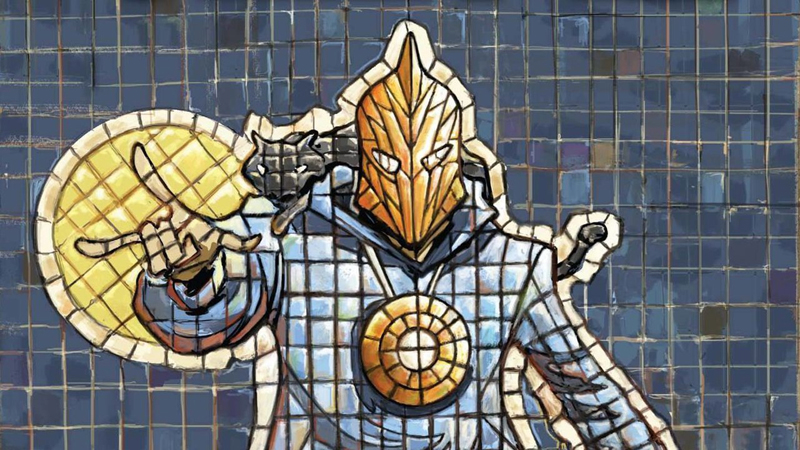 Check out Our Review [WITH SPOILERS] for Doctor Fate #11.

I had no idea that DC had relaunched Doctor Fate (again) until one of my kids picked up a couple of issues of the new title on Free Comic Book day. He let me borrow them. Here’s my review.

Issue #11 is entitled “Great Caesar’s Ghost”* and it picks up where issue #10 left off, with Fate being dragged before Caesar’s ghost by a legion of phantom centurions.

You read that right.

Before we go any further, I need to let you know this isn’t Kent Nelson Doctor Fate. Heck, it’s not even Earth-2 Khalid Ben-Hassin Doctor Fate.  This Doctor Fate is Khalid Nassour, medical student.

Since I came in 10 issues in, I’m not sure how Khalid got the helmet and amulet of Fate.  All I know for sure is that he’s wearing them with a blue hoodie instead of the traditional tights and cape ensemble.

Sadly, I don’t think this attempt worked nearly as well as, say, the recent Nova series from Marvel. I didn’t find the character or the story engaging and the artwork was a distraction.

I appreciate DC’s desire to update a classic character, I just don’t think this is the way to do it.

*(with apologies to Perry White)