Home COMICS Why We Don’t Need an HBO ‘Watchmen’ Series 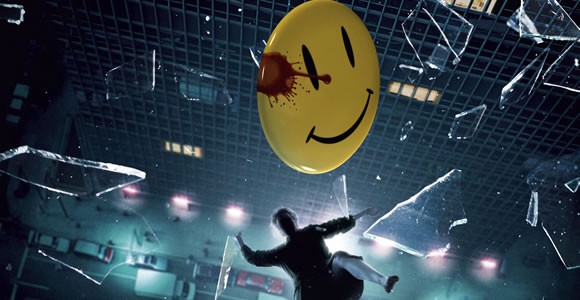 HBO recently announced they have ‘greenlit‘ (show business-speak for ‘approved’) a pilot for a TV series adaptation of Watchmen. The pilot will be headed by Lost and The Leftovers showrunner Damon Lindelof. While some may be excited and shout “Yay!” for an HBO adaptation of Alan Moore’s classic comic book miniseries, I’ll whisper “No” and give some reasons why there doesn’t need to be a TV adaptation of Watchmen.

We Already Have the Movie

I know Zack Snyder isn’t on everyone’s “favorite director” list these days, but you have to hand it to him with his 2009 film adaptation of Watchmen. I have covered this ground before and it is honestly the best straight-up adaptation of a comic book I have ever seen. The set design, character design, music choices, and perfectly framed scenes are right out of the comic book. Like, exactly out of the comic book.

The movie has the best opening credits sequence ever. It will never be topped. Just a perfect blend of cinematography and music.

We Know How the Story Ends

Granted, if the series gets picked up they may incorporate elements from the prequel miniseries Before Watchmen, but there really isn’t a lot a TV adaptation can offer. Right off the bat we know what’s gonna’ happen.

Now, honestly, tell me in the comment section below what the show could actually add to this story. Seriously. What’s the point of a TV show if there’s already a movie and people already know the ending? There isn’t a lot they can do creatively with this story.

There Are Enough Comics Book Shows

Besides the three in the photo and two mentioned in the caption, we have Legion on FX, Gotham, Gifted, and Lucifer on Fox. Marvel’s Agents of SHIELD and Marvel’s The Inhumans on ABC. Daredevil, Jessica Jones, Luke Cage, Iron Fist and The Defenders all on Netflix. Umbrella Academy is being developed for Netflix as well.

Think we have enough comic book-related shows on TV yet? There’s a saturation point for everything and I think we are well past that with comic book shows. Remember the crime show boom of the 2000s and every other show on ABC, NBC, and CBS was a police procedural? Let’s avoid that.

Going hand in hand with my last point, a TV version of Watchmen would add to this problem. Something television and movies could use is an original idea. Nowadays, it seems like every show or movie in the pipeline is an adaptation or remake of another TV show, movie, or book series. Want to know what made Law & Order, The Simpsons, Seinfeld, My Name Is Earl and How I Met Your Mother stand out? They were original ideas.

TV channels and movie studios are not willing to take risks anymore. I hate using the word, because I am sure everyone works hard on the movies and shows, but it is a little ‘lazy’ to remake something instead of creating an original show. Easier said than done, but at least try something original!

Those are my thoughts on the Watchmen pilot for HBO. Agree? Think it’ll turn out great? Let me know in the comment section below! 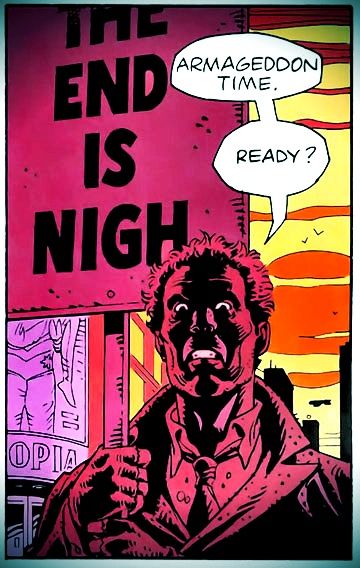 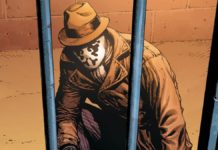