Home MOVIES Editorials What the Hell Is Going On with the DCEU?? 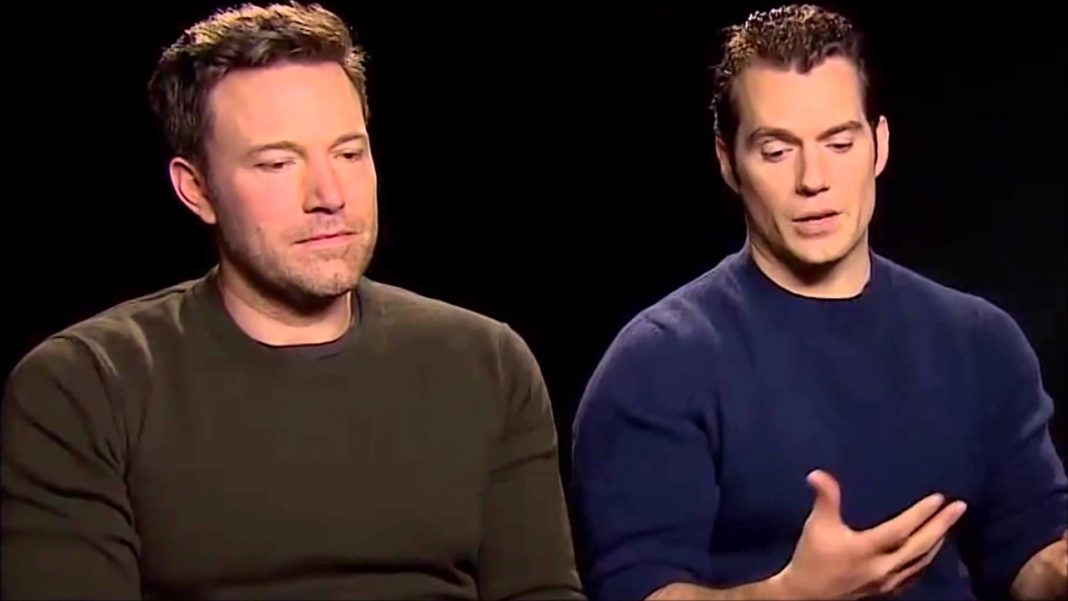 Describing the DC Extended Universe is easy: it’s always one step forward… and two steps back. Every time Geoff Johns and the DCEU braintrust do or say something to make fans giddy, there appears to be a dam-bursting release of rumors that continue to bring the brand down. So, it’s worth asking the following question: what the hell is going on with the DCEU?

It was nearly one decade ago since Christopher Nolan’s masterpiece The Dark Knight blew people away and put the superhero movie championship belt firmly around the waist of DC and Warner Brothers. However, in the nine years since its release, Marvel Studios has churned out hit-after-hit-after-hit. Kevin Feige has fine-tuned his extended universe making it the envy of every other movie studio. Considering the deep, rich history and marquee character held by DC, it seemed inevitable that they would eventually surpass their comic rivals and reclaim the throne of superior comic book movies.

But…it hasn’t happened yet, and it seems DC won’t be usurping Marvel’s cinematic universe in the relatively near future.

A good test will be this November. On the third of that month, Marvel is throwing out the highly anticipated Thor: Ragnarok. Two weeks later, DC/Warner Brothers will put all their eggs into one massive basket with the release of Justice League. Considering the scope of the movie, Justice League should blow Ragnarok out of the water, but should the God of Thunder be competitive in box office numbers, it could be the final nail in the coffin for the DCEU.

So, what went wrong? While Man of Steel didn’t become the silver screen classic in the mold of TDK, it wasn’t a flop. Despite mixed reactions, BVS wasn’t a dud (at least financially). Suicide Squad was promising, but failed to live up to the hype. Then things all came together with Wonder Woman, which was both a financial and, more importantly, critical success. Everything was looking up for DC and Warner Brothers.  However, in recent week, several issues have plagued DC, causing a plethora of negative headlines… which couldn’t be happening at a worse time considering the stake.

1. The Batman Happening Outside of the DCEU?

Any problems with the DCEU have to begin with its centerpiece. Production of The Batman has been a constant stream of headaches since it was first announced.  Ben Affleck was brought in to write, direct and star in the movie. However, the studio was apparently unhappy with his script (which featured an overabundance of villains), and he was eventually relieved of two-thirds of his duties — writing and directing responsibilities were handed over to Matt Reeves.

That’s great news. DC took that one step forward by casting a quality director for its biggest character. Then comes the step back — the fact that The Batman looks to be happening outside the realm of the DCEU. There are conflicting reports, but all signs seem to point to The Batman happening at a different time from Justice League. So, despite building a massive connected universe, DC is already looking to break things up and let The Dark Knight go his own way. As for that other step back…

It seems DC kept knocking Ben Affleck down until he finally snapped. Along with the news that The Batman is on its own comes reports that Affleck will exit the role of Bruce Wayne following Justice League. Continuity is key when building these extended universes, and while Marvel has done its fair share of character swapping (Ed Norton for Mark Ruffalo is the biggest example), losing Affleck and trading him out for another Batman would be a death sentence for future Justice League installments.

Then again, who knows if there will even be another Justice League movie. After Zack Snyder left production to deal with a tragic family matter, fanboy godfather Joss Whedon was recruited to carry the movie to the finish line. However, prior to Snyder’s departure, Warner Brothers executives were apparently worried about the movie since the film’s initial cut was “unwatchable.”

Considering the negative reactions to BVS, the last thing the DCEU needs is another lambasted team-up movie. Many expect Whedon to become the white knight and save the movie, turning it in to the best DC movie to date. But what if he doesn’t (reports say he’s now responsible for 33% of the movie)??

Whedon is a solid director, but if the movie was a dud before he took over, no amount of turd polishing could help. Massive and expensive reshoots (including a tediously applied CGI mustache) have dominated talk of Justice League and could already be the ammunition internet trolls need to bash this movie before its release.

Part of the issues with Justice League is the amount of characters being thrown into the thing. Instead of going the Marvel route and developing multiple characters prior to a team movie, DC is just throwing a party and everyone’s invited. We already met Batman, Superman and Wonder Woman, bBut now we’re welcoming Cyborg, Flash, and Aquaman.

There’s also the plethora of new and returning side characters like Lois Lane, Perry White, Commissioner Gordon, Vulko, the Atlantians, the Amazonians… and almost Lex Luthor until his scene was apparently cut.

If you want to believe all the rumors swirling around, there will be a horde of additional heroes and villains showing their faces. Robin, Nightwing, Black Canary, Deathstroke, Dwayne “Black Adam” Johnson, Bat-Girl, Joker, Harley Quinn and others have been rumored to make brief appearances. Throw in the belief that multiple Green Lanterns are stopping by and you have way too many characters forced upon the movie.

It took Marvel ten years and twenty movies before they decided to pull the trigger on the spectacle that will be Avengers: Infinity War. DC is trying to do the same in record time and it continues to result in chaos.

Speaking of chaos… let’s not forget that multiple sources confirmed that DC is looking to create not one, but two Joker movies!!! One will be an origin story (which negates the mystery that surrounds the Joker). The other? A twisted rom-com focusing on Joker and Harley Quinn. On paper, a Margo Robbie and Jared Leto movie in the vein of Bonnie and Clyde seems like a great idea… but do you really want a two-hour spinoff featuring two characters with very annoying voices?

However, this has become a recurring issue with DC and Warner Brothers as they look to churn out as many movies as possible before the inevitable collapse of the superhero movie genre. If you were worried about oversaturation, you should be, and DC playing catchup with Marvel is one of the main culprits.

While we’re on the subject of The Joker, let’s delve into the rest of the anti-heroes known as the Suicide Squad. The movie was an utter disappointment — a rush-job of a movie that felt the need to cram as many 30 second music clips like they were afraid to pay royalty rights.

How will DC/Warner Brothers rectify the movie’s mistakes? By rushing the other one into production. Suicide Squad felt like a mangled car crash of good ideas that manifested as a few shots of Margo Robbie’s under-butt. With interesting characters like Captain Boomerang, Rick Flag and Deadshot, you’d hope DC would learn from their mistakes and take their time to get it right. Nope.

And it appears they will never learn from their mistakes. Aside from the upcoming Justice League and Aquaman movies, DC is already looking to crank out additional Wonder Woman and Suicide Squad films. Throw in The Batman, Joker & Harley Quinn, Joker Origin Story, Joss Whedon’s Batgirl, Green Lantern Corps, Shazam!, Man of Steel 2, the rumored Gotham City Sirens, and it appears DC is just throwing everything at their fans and wondering what will stick. This wouldn’t be a problem if they were churning out decent movies; however, as far as critical reactions are concerned, the DCEU has one hit (Wonder Woman– 90% on Rotten Tomatoes) and three flops (Man of Steel-55%, BVS-27%, Suicide Squad-25%).

Warner Brothers needs to get proper people in position to develop these movies. Patty Jenkins proved her worth and should be getting the green light for additional Wonder Woman movies. Matt Reeves and Joss Whedon are also solid choices to bring these characters to life. However, getting the right director and actors are one thing; the other is making sure the studio takes their time, ensuring the movies hitting theaters are actually watchable. The DCEU is teetering on the edge and one more bad movie might push it right over. Here’s hoping DC gets their act together and gives Marvel a run for its money. Everyone will welcome additional well-crafted superhero movies, but if they’re bad… it’s going to dig the superhero movie grave one foot deeper.