Home COMICS Biographies Everything You Need to Know About Titans’ Starfire 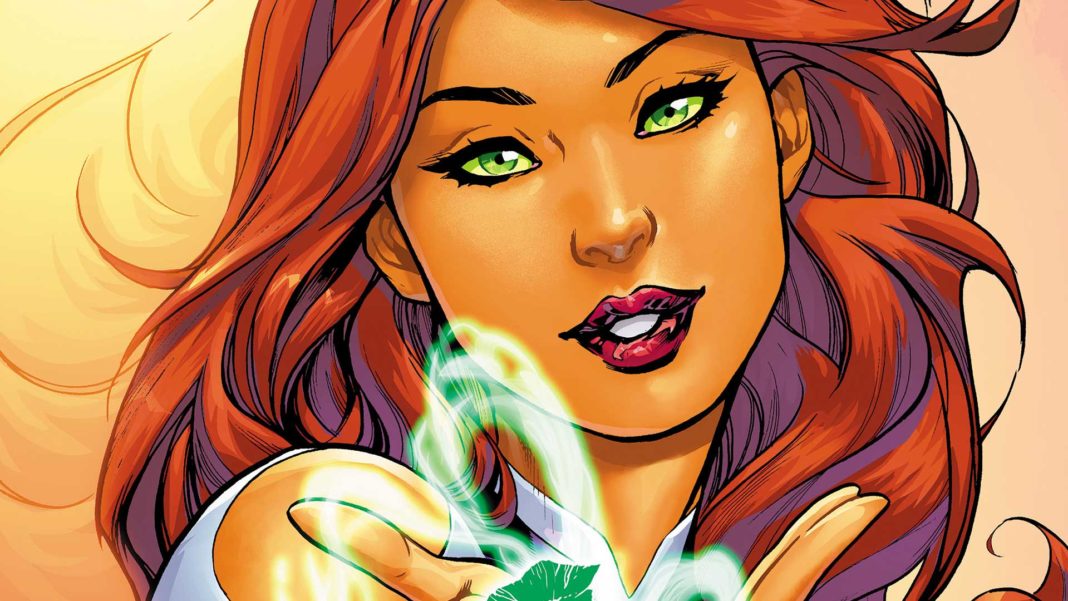 Along with Warner Bros.’ brand-new digital streaming service in 2018 comes the much-awaited Titans series, with 24: Legacy’s Anna Diop playing the no-nonsense refugee alien Starfire. You probably know exactly what the character looks like, with the orange skin and the flowing red hair and the not-so-conservative outfit, but what else do you need to know about the Tamaranean princess? Read on to find out!

Born to King Myand’r and Queen Luand’r of the planet Tamaran, Koriand’r became the heir to the throne through less-than-favorable means. Her older sister, Komand’r, was born with a rare disease that compromised her power of flight, which was why the younger, more attractive, and abnormality-free Kori ascended to the throne to the bitterness and hatred of her sister. This epic sibling rivalry would continue as Starfire and Blackfire often clash against each other in battles of epic proportions. Talk about dysfunctional family issues!

Created by Marv Wolfman and George Perez in 1980, Starfire is an exotic alien princess who’s both sexy and fierce, with the green eyes and the big hair and the voluptuous figure. She’s clad in an almost-bikini for functional and not aesthetic reasons (we kid you not), because exposing as much skin as possible allows her to absorb as much sunlight as she can for flight.

Still, the skimpy outfit goes well with her outgoing, vivacious, joy-seeking, and often flamboyant personality. Her inherent sweetness is in perfect contrast, however, to her fierce and deadly manner in battle. Starfire has the power to unleash her berserker rage, granting her elevated strength and abilities.

Don’t let this seemingly harmless pin-up girl fool you—Starfire can open up a can of whoop-ass on bad guys with her super-strength and invulnerability during her berserker state. She is highly resistant to injury and can be immune to plenty of types of damage, as well as generate energy blasts and absorb various energies and ultraviolet radiation.

Interestingly, she can also absorb the languages of various cultures simply through physical contact, which she often accomplishes by kissing someone just for the heck of it (because why the hell not).

Like plenty of other things that the New 52 ruined (sorry, it still stings), the 2011 DC reboot turned Starfire the warrior princess into Starfire the oversexualized…plaything. The version of Starfire that joined Jason Todd’s team in Red Hood and the Outlaws loved sleeping around just because she was bored, and this resulted in some pretty heavy backlash from readers and netizens.

One particularly memorable reaction was from a 7-year-old fan of the character who once looked up to Starfire but was now disgusted at the fact that she just kept lying around doing nothing but posing and showing off her bikini. Here’s to hoping against hope that the new Titans series will NOT use the New 52 version of Starfire as their source material.

With Dick Grayson around all day every day as your teammate, it’s impossible not to get into a relationship with him (of course, if it were the other way around, no male teammate would be able to resist Kori, either). In older stories, she actually almost came close to getting married to Dick. This could be an interesting dynamic to explore in the new Titans series, as the show is supposedly going to revolve around Dick Grayson and Barbara Gordon’s relationship. Could Kori introduce a complicated love triangle, perhaps? Unfortunately, we still have until next year to find out!

What do YOU think Starfire will be like in the series? Will she be the ass-kicking role model that she is, or will they play the sexy temptress card and keep her as scantily-clad as possible? Let us know what you think!