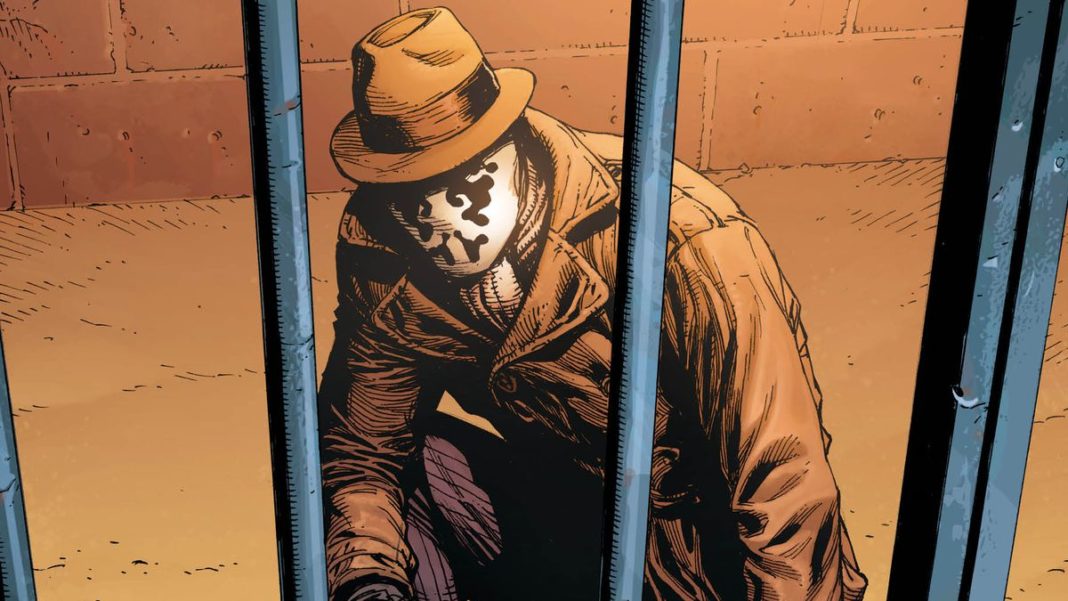 Check out our review [WITH SPOILERS] of Doomsday Clock #1

The end is here! After the public discovers Ozymandias’ questionable means to achieve world peace, the “world’s smartest man” goes into hiding!

The world is tearing itself apart, chaos and fear reign supreme, and this time, the heroes are gone…or are they?

So, after the build-up across several years and multiple comics, it’s finally here — DC Rebirth’s Watchmen connection is finally being explored in a miniseries shaping up to be DC’s next big epic.

Issue #1 is focused almost entirely on the Watchmen universe.

The idea of any continuation of the Watchmen story has drawn skepticism in the past. The original was almost too perfect to warrant an extension, but Johns builds the kind of dark future that fits this universe. 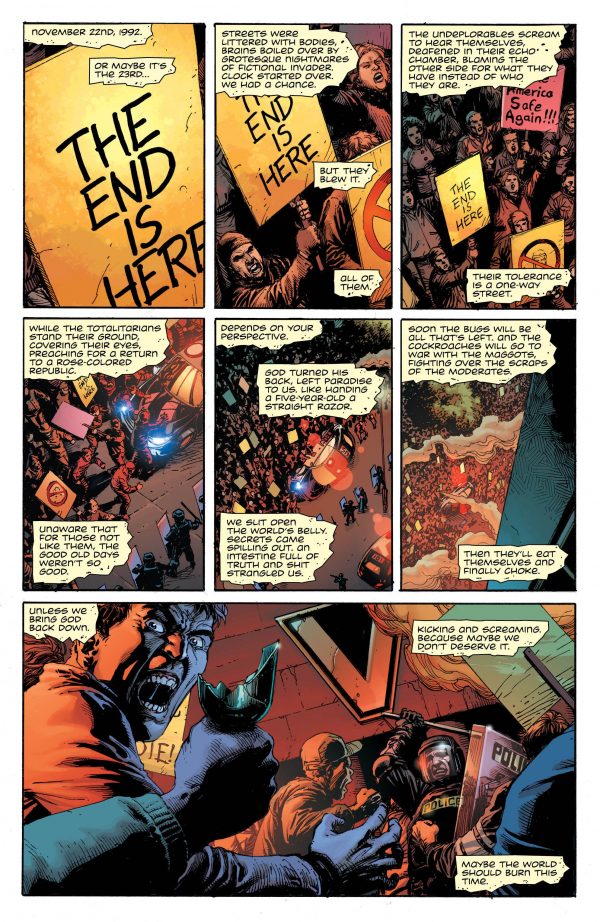 The world has entered a state of chaos, presumably after Rorschach’s journal was found at the end of Watchmen. Much like the original, Doomsday Clock reflects today’s political climate and the impending threat of nuclear war. With things the way they are at the time of this review, the setting and tone are abundantly relevant.

I’ll admit I was a little worried after seeing the previews that featured Rorschach, considering how his story ended abruptly. Fortunately, this is a completely different person filling the role, and I think that’s for the best.

The 2 new characters, Marionette and the Mime, are also great additions.

Marionette is clearly a supervillain who has some history with the original Rorschach, but the connection seems deeper than that. Whatever the reason, she’s a necessary part of the plan to save the world!

Her husband, the Mime, is a very unique character. He either has make-believe powers that actually work, or he’s just plain crazy! Either way, he’s interesting and adds humor to the comic’s otherwise grim tone.

So, how does Doctor Manhattan fit in? Well, the world is so far gone that Ozymandias wants the self-exiled super-man to save it. With all the little clues that DC’s been dropping, I think we know where the good Doctor’s hiding.

Many mysteries still surround Doctor Manhattan and his involvement with the DC Universe — these include the removal of ten years and the disappearance of the Justice Society!

With eleven issues to go, I’m hoping to learn why Doctor Manhattan decided to do those things, and if he really created the DC Universe! There’s sure to be many twists and turns for the remainder of this series and I can’t wait to see where this all leads!

Doomsday Clock #1 starts strong with a story that’s trying something new while being respectful to Watchmen. Johns and Frank are crafting what’s sure to be one of the wildest crossovers in DC history.

This is absolutely a must-read for DC and Watchmen fans.