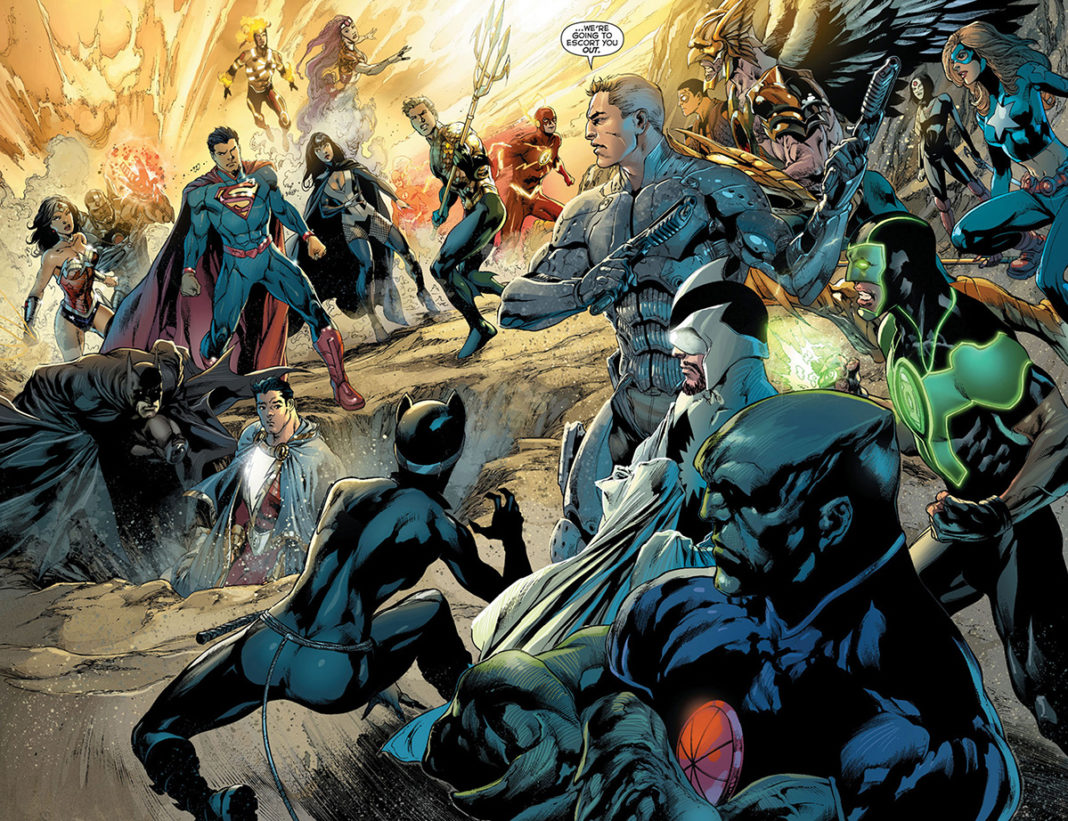 So, the Justice League movie is out, and fans and critics have mixed reviews everywhere. The future of the DC Extended Universe doesn’t look too good right now, which means all other upcoming planned films might never actually see the light of day—and that includes Justice League Dark, that other Justice League film you probably didn’t know about.

When you think about it, it’s actually kind of fitting that a team of superheroes doing the A-team’s dirty work is stuck in limbo, because that’s the nature of Justice League Dark—spooky, supernatural, mysterious, and, well, a little bit ambiguous. Intrigued? You should be—here’s what you need to know about them.

Not to be confused with the 2017 animated film by Warner Bros. Animation and Warner Home Video, the Justice League Dark movie is a live-action movie that’s supposed to center around the magical adventures of the team created by Peter Milligan and Mikel Janin in 2011. This motley crew of sorcerers and magic-related heroes face otherworldly menaces that Earth’s “regular” heroes aren’t be able to handle.

The live-action film was originally titled Dark Universe, and was initially supposed to be directed by Edge of Tomorrow and The Bourne Identity’s Doug Liman. But now that the director’s chair is once again empty, the movie has been stuck in limbo for some time. All we know right now is that the script is being polished by Gerard Johnstone.

When DC created its New 52 relaunch, Justice League Dark became one of the 52 comic book series that ushered in a new and revamped DC universe. Constantine and Swamp Thing became reintegrated into DC, along with some Vertigo and Wildstorm characters. When “Trinity War” happened in 2013, there was a major crossover that put the Justice League Dark team in the spotlight as they battled embodiments of evil alongside the Justice League and other mystical beings. Sadly, the series was canceled at issue #40, leaving more popular characters like Constantine and Deadman to move on to other things.

Constantine has always been one of the more popular Justice League Dark members in its ever-changing roster, and the character eventually made his live-action debut in NBC’s Constantine. The show generally received good reviews, but after just one season, the show was canceled much to fans’ dismay. The actor who pays Constantine (Matt Ryan), however, has made appearances in CW’s Arrow series, so it’s safe to say that he’s still very much a part of the Arrowverse.

John Constantine is selfish, arrogant, and consistently disrespectful towards everything and everyone around him. He’s quite the trickster, but his magic skills truly know no bounds. People often underestimate him because of his less-than-reputable demeanor, but his otherworldly powers are paralleled only by his uncanny ability to manipulate his way out of any sticky situation.

Zatanna is arguably one of the most powerful superheroes ever,  able to cast any spell simply by reciting an incantation backwards. She can basically alter reality if she really wanted to, and has always had a complicated love-hate relationship with Constantine.

Former trapeze artist Deadman roams the living world as a ghost, and he can possess any living body and make them do his bidding.

Madame Xanadu is a powerful fortune teller and mystic, Black Orchid is a shape-shifter with super-strength and invulnerability, and, of course, Swamp Thing is a plant elemental who can, well, pretty much do anything. Possibly the most popular member of the team, Swamp Thing draws power from “The Green”, an ultimate life-force governing plant life.

We’re all pretty much in the dark about the future of the DC films at this point, but we’re still not giving up hope that we will someday see the team on the big screen soon. After all, they’ve already fought side by side with the League in the comics, so who’s to say they won’t do the same on the silver screen?

And since the sentient building the House of Mystery (Justice League Dark’s headquarters) dwells partly in The Dreaming as well, why not throw in some Sandman and Vertigo in there too? The possibilities are endless—and we’ll just have to wait (and wait and wait and wait) and see!