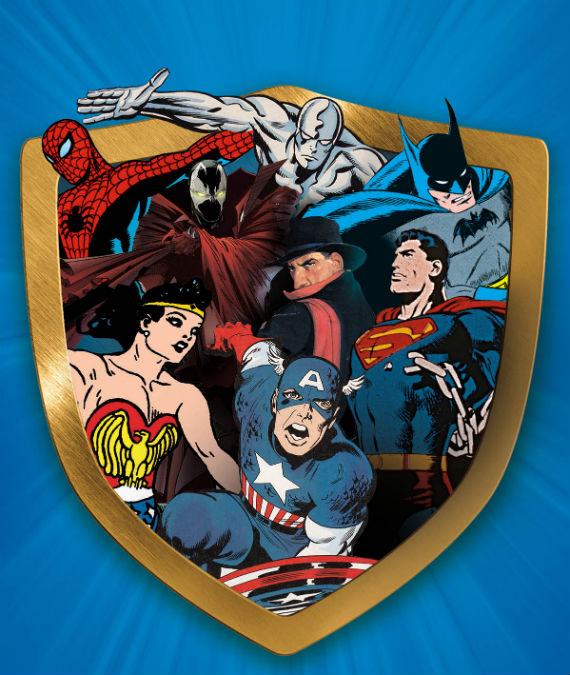 Not only have fictional comic book films found a massive viewership, but so have non-fictional documentaries! There are plenty of documentaries about superheroes and comic books out there, but these are the best — the ones that, if you’re a true fan, you simply gotta’ watch!

One of my all-time favorite comic documentaries, this Hulu documentary explores one of the gravest injustices of the comic book industry: the exclusion of the late Bill Finger as co-creator of Batman.

For the longest time, Bob Kane was the only man attributed to creating one of the world’s most famous characters. Not many people know that while Kane did come up with the name, it was Finger who designed Batman and molded his world into what fans know today!

Batman & Bill follows author Marc Tyler Nobleman and his quest to get Finger the recognition he so deserves, including the fight to have Finger’s name included whenever Batman appears in media. Any Batman-related documentary is worth watching but this is the best as it focuses on Finger, one of the best comic book writers who never got the recognition he deserved. 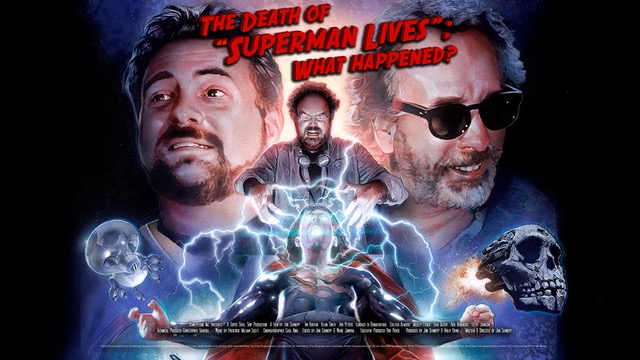 This has got to be one of my favorite comic-book-related documentaries and filmmaker Jon Schnepp utilized the online crowd-funding program Kickstarter to make it.

In the mid-1990s, after the success of the Batman movie franchise started by Tim Burton, Warner Bros. decided to hire the director to bring a different, edgier tone to DC’s boy scout, Superman, after his death in the comics.

This documentary follows the entire journey from conception to its premature death. And Schnepp interviews anyone and everyone! From the first screenwriter – filmmaker Kevin Smith – to director Tim Burton to producer Jon Peters, they’re all here, giving us a glimpse – thanks to concept art – into what audiences could have expected.

I have to say that I’ve read all three scripts of Superman Lives, and while I would be interested to see the final product, I’m not sure I would have liked it. Nevertheless, Schnepp’s film is an extensive guide to what could’ve been a potentially game-changing superhero film. 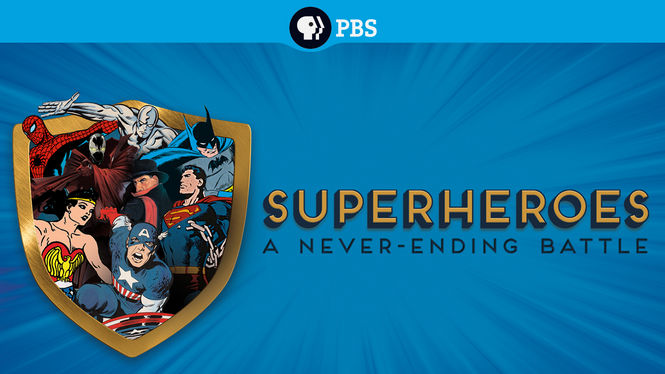 Originally aired on PBS, this three-part documentary, hosted by Liev Schreiber (X-Men Origins: Wolverine), is one of the most definitive of the history of comics, not only featuring DC and Marvel characters but also characters such as The Shadow.

Not only does it explore how comics were almost destroyed, but also how important they’ve become in terms of current hot button topics such as immigrants, xenophobia, and the importance of fair treatment.

This is probably one of the most definitive comic book history documentaries as it even describes how the comic book itself transitioned from the funny pages of the newspapers to its own book!

This 2013 doc is the one most worth watching on this list, featuring interviews with the legends who drew and wrote the original golden age comics. 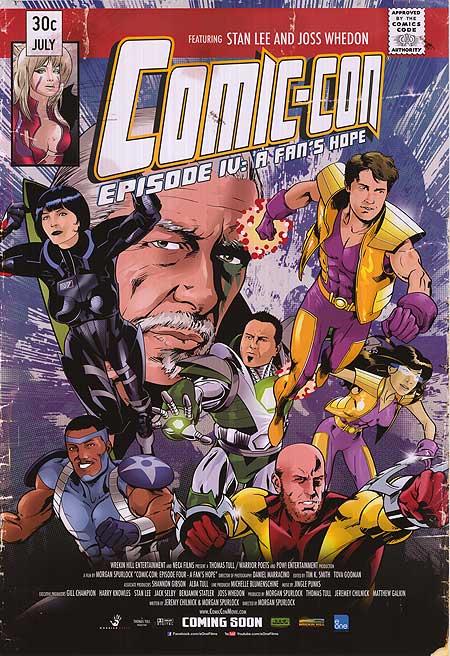 Supersize Me filmmaker Morgan Spurlock decided to point his lens at the annual geek mecca (or, as I call it, “my Disneyworld”), the comic-con, specifically the 2010 San Diego Comic-Con International.

Intermixed with the obligatory interviews is Spurlock following three fans – one a comic book seller, one a comic book artist, and one a cosplayer who designs costumes – who all are hoping to make their mark at this con. This is a fun watch and a must-see for anyone who loves comic-cons as much as I do! 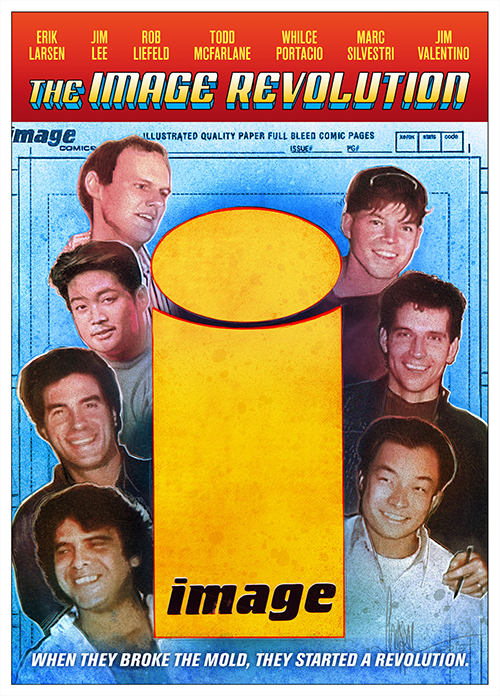 Image Comics today is one of the best publishing companies in the business, featuring titles as diverse as the readers who read them. But Image’s start has quite the intriguing origin.

This 2016 documentary centers on the seven rebel writer/artists who left Marvel Comics at the height of their popularity and how they founded one of the most revolutionary comic book publishing companies: Image Comics.

This documentary chronicles the beginnings of Image Comics to the emergence of Image’s “son,” Robert Kirkman, the creator of The Walking Dead. 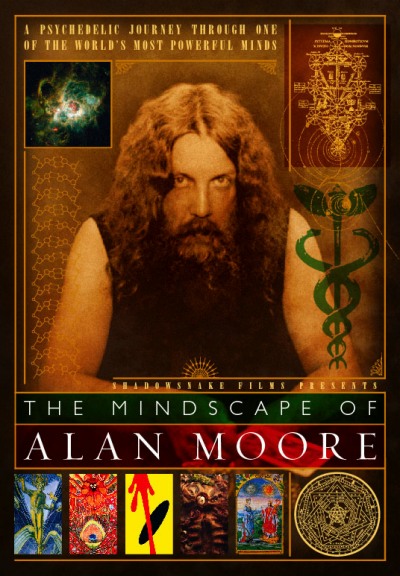 This is legendary comic book writer Alan Moore’s biography as told by Moore himself. In case you’re new to comics, Moore is the creator and writer behind such classic stories as Watchmen, V for Vendetta, The League of Extraordinary Gentlemen, Promethea, and From Hell, as well as a famous run on Swamp Thing and Batman: The Killing Joke.

Moore has had quite a few of his works adapted into films … and he’s hated every single one. To watch this sit-down with Moore and hear his own spoken opinions about his life is worth watching … even if it’s on YouTube!

Similar to a director’s commentary, Moore explains the conception of each famous book and story. Even if he is one of the most reclusive, strangest writers in comics, he’s without a doubt one of the most talented.

The first part, “American Legends,” is a guide of history from the very first appearance of Superman in 1938 to the more contemporary DC and Marvel books in a post-9/11 world.

And the second, “American Rebels,” focuses on the rebels and outcasts of the DC and Marvel universes – most notably the Thing, the Incredible Hulk, Spider-Man, Black Panther, the Falcon, Iron Man, Wonder Woman, the X-Men, Wolverine, Luke Cage, the Punisher, Deadpool, and Kamala Khan’s Ms. Marvel. It begins in 1950’s America and focuses on the uprising of rebels and minorities in comics as well as the birth of the ultimate gathering for such audiences: comic-con. 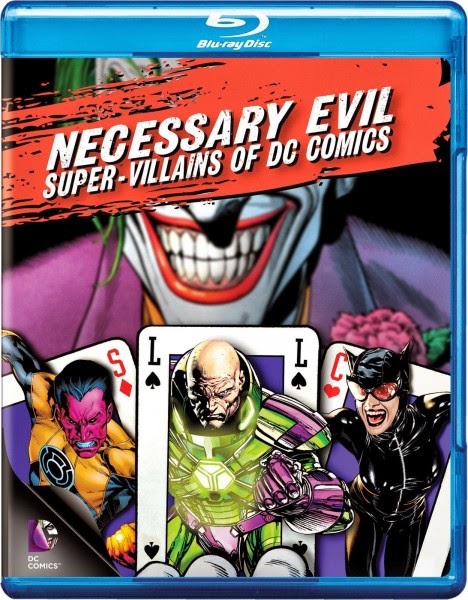 A big portion of what makes a story – or hero – so great is its villain. Some of the most legendary rogues, villains, and bad guys come from DC comics, and this 2013 documentary celebrates them in all of their glory.

But this documentary is not just about villains, it also explores – with the help of writers, creators, actors, DC executives, and psychologists – what it means to be evil and how villainy fits into the story.

This doc covers the beginnings of DC’s run to the New 52 story, “Forever Evil.” Some of DC’s most infamous villains are explained here so anyone wanting to catch a glimpse of what makes these characters evil should watch this before the others! 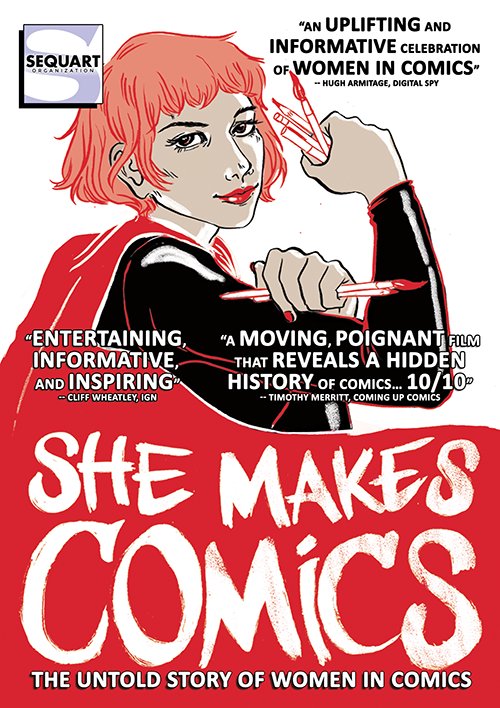 This fascinating documentary traces the story of female comic book creators back to the 1900s, featuring interviews not only of comic book writers, artists, editors and actors, but also of the fans who love them!

She Makes Comics also delves into the timeline of women in the comics – such as Wonder Woman – as well as those behind the comics, from editors to publishers.

Themes of femininity are explored while we learn how these female characters revolutionized the world we know today. It’s a wonderful documentary that should be essential viewing for any comic book fan! 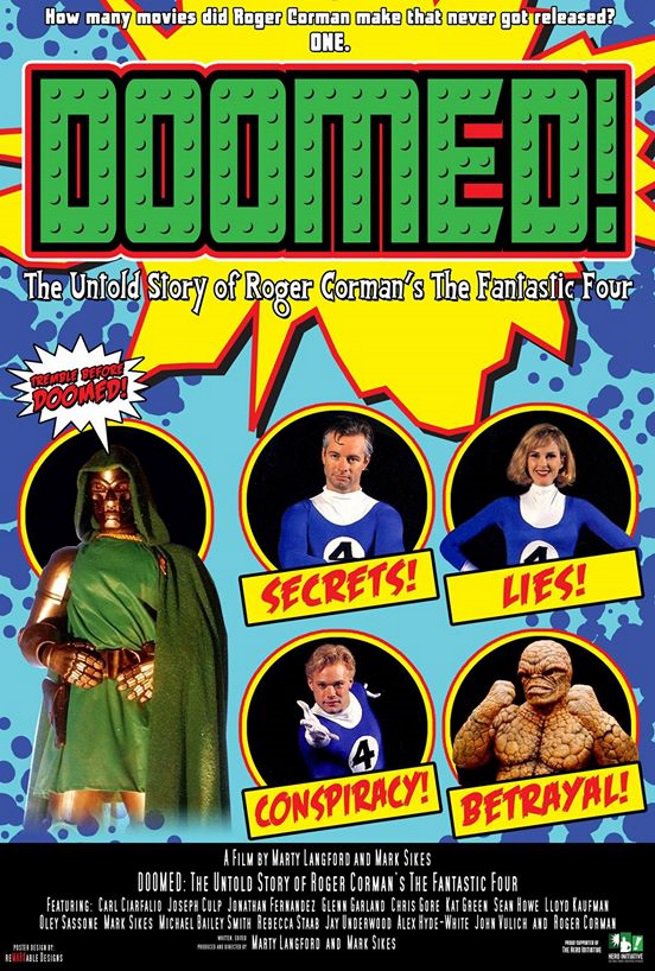 Marvel Comics may receive rave reviews today for its films, but that wasn’t always so. During a time when comic book films seemed to be on the up and up, most of the films were from DC Comics’ properties. Naturally, Marvel Comics wanted to throw their hat into the ring.

So, in 1994, Constantin Films obtained the rights to Marvel’s “first family,” The Fantastic Four. The production company approached legendary B-movie filmmaker Roger Corman (who would go on to executive produce Vampirella) to help make the film. With the look of Jack Kirby’s original art, one of the most infamous superhero films never released was fully filmed.

This documentary tells the entire story of the making of The Fantastic Four, a film fully produced and made but never released. Featuring interviews with the producers, actors, film crew, and historians, Doomed explores the blood, sweat and tears into moviemaking and how a lot of work goes into something so many people can so easily tear down. 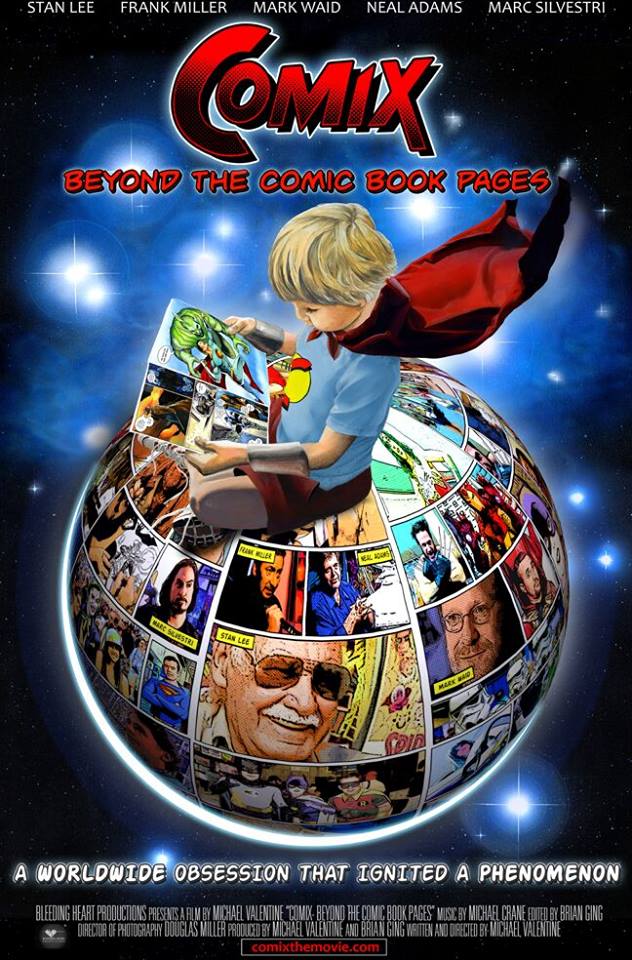 Similar to Superheroes Decoded, this documentary briefly explains the history of comics, but focuses primarily on legends such as Stan Lee, Neal Adams, Frank Miller, Mark Waid, Marc Silvestri, John Romita Jr., Steve Niles, just to name a few, who all give their personal histories with comics and the industry.

Also, unlike the other documentaries, this one features other comic book publishers (Image, Top Cow, Dark Horse) other than the big two: DC and Marvel.

This doc also features interviews with fans, who discuss their favorite thing about comics as well as their methods for cosplay.

Comix also features the full collaborative process of comic book creation, exploring not just writing and penciling but also inking and coloring, as well as the independent comic creator.

One of the best parts of this particular doc is the story of how Frank Miller approached Neal Adams at the beginning of Miller’s career. This is one of the least known docs on this list but it’s well worth viewing!

Well, were there any that you think should’ve made this list? Got any more suggestions? List them in the comments below!