Home COMICS Everything You Need to Know About the New Characters in ‘Gotham’ Season... 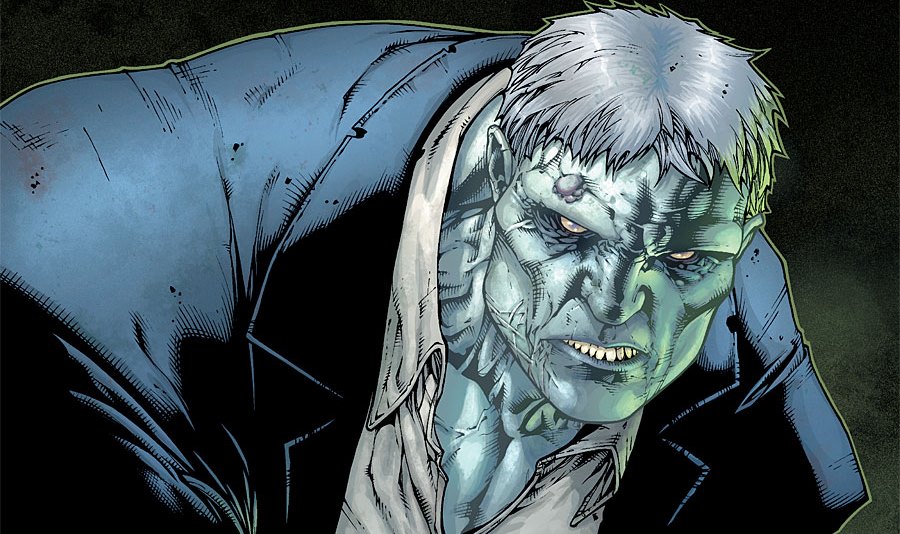 The lineup for Gotham Season 3 just keeps getting crazier and crazier! And while I’m ecstatic to have these maniacs out of the loony bin and onto the small screen, I am a tad worried that there won’t be any villains left by the time little Brucie actually becomes the Dark Knight we all know and love. Still, that doesn’t mean these new characters aren’t exciting, so for the newbie who’s just tuning in, here’s a quick “who’s who” detailing the new characters in Gotham Season 3, which includes their glorious, comic book backgrounds.

The last season actually did a pretty good job introducing the whole Court of Owls concept, which, in the comics, is a super-secret society filled with rich socialites who have nothing better to do than commit political crimes and rule Gotham City behind the scenes.

They’ve been around since forever, and to continually expand their agents and influence, they train kids from the circus and turn them into living weapons called Talons. These loyal assassins do their bidding and are the best of the best, skilled in all fighting techniques and able to withstand extreme pain and survive impossible circumstances. Dick Grayson, our beloved Robin-slash-Nightwing, was actually supposed to be a Talon-in-training.

We’re not quite sure which Talon will be making an appearance in Gotham Season 3, as there have been a number of Talons over the years. However, it’s likely that it’ll be William Cobb, Dick Grayson’s great grandfather, opening up an opportunity for the show to delve deeper into the Graysons’ lives.

Dr. Jervis Tetch adapted the “Mad Hatter” name because he has this really weird hat fetish—oh, and he uses mind control technology to accomplish his dastardly deeds. Obviously, this obsessive-compulsive and extremely delusional fellow loves Alice’s Adventures in Wonderland and Through the Looking-Glass, so he often starts rhyming when he’s in need of a defense mechanism. The comics also sorta implied that he may be a pedophile, or at least, has a creepy fixation on little children, kidnapping them to play “tea party” with him. Ick.

In Gotham Season 3, the Mad Hatter will be played by Benedict Samuel from The Walking Dead fame, and he’s on a mission to find his missing sister, Alice, to be played by Naian Gonzalez Norvind.

Originally named Dumfree Tweed and Deever Tweed, these cousins aptly dubbed themselves Tweedledum and Tweedledee. They normally just like to bounce around and wreak as much havoc as bouncing around can wreak, but in The New 52, they’ve developed some sort of superhuman strength and incredible resistance, and are under the employ of the Mad Hatter. I suppose it only makes sense to pair them up with Tetch in the next season to see what they’ve got cooking in that rabbit hole of theirs.

Even though he’s technically a supervillain, I’ve always found Grundy to be a tragic victim of circumstance. His two origins from pre-New 52 and after are quite similar, but the New 52 version is even more heartbreaking. Cyrus Gold used to be a slaughterhouse worker back in 1898, and when his wife was raped and fed to crocodiles, he went on a rampage (who wouldn’t?) and killed everyone in the slaughterhouse. He then committed suicide. In the pre-New 52 version, his body was thrown into Slaughter Swamp, where he rose from the dead fifty years later, not knowing his name except that he was born on a Monday—hence, the nursery rhyme character name.

There are no details yet as to how Solomon Grundy will appear in Gotham Season 3, but we can bet our asses that it’ll have something to do with those Indian Hill experiments—after all, they’ve already brought people back from the dead, haven’t they? I’m hoping though that the creators of the show will give Grundy just the right touch of melancholy. Even with his evil deeds in Justice League of America: The Tornado’s Path (where he unceremoniously ate Red Tornado’s arm), he was doing all of it in a desperate attempt to stop his cycle of being reborn over and over again into his miserable existence.

He was also Hawkgirl’s BFF for a brief time in Justice League Unlimited—remember that? And finally, in The Long Halloween, Batman shared his Thanksgiving dinner with Grundy in a tender and quiet moment where he left a plate of food down in the sewers for him. Here’s hoping Bats…er, sorry…Bruce will be just as sympathetic in the show.

So, it’s really Vicki Vale who’s in the comics, but in Gotham Season 3, Jamie Chung will be playing Valerie Vale, Vicki’s aunt. Thanks to a certain Kim Basinger, a lot of people probably already know that reporter Vicki Vale will be Batman’s future love interest, so it’ll be interesting to see how this whole Valerie Vale thing will play out in the show.

Okay, so she’s not really anyone new, but in the most outrageous and spectacular twist only Gotham can create, the little Ivy we’ve seen running around with little Selina is now a totally hot teenager who oozes raw sexuality from a mile away. Actress Maggie Geha will be playing the grown-up version of Ivy, who’s reborn for some reason. Okay. Let’s just pretend that makes sense.

Aside from all that, we can also expect to see more of Fish Mooney, and hopefully, the return of Jerome who may or may not be the Joker. Gordon’s gonna have a whole darn lot on his plate next season! Which newcomer are you looking forward to the most? Sound off!