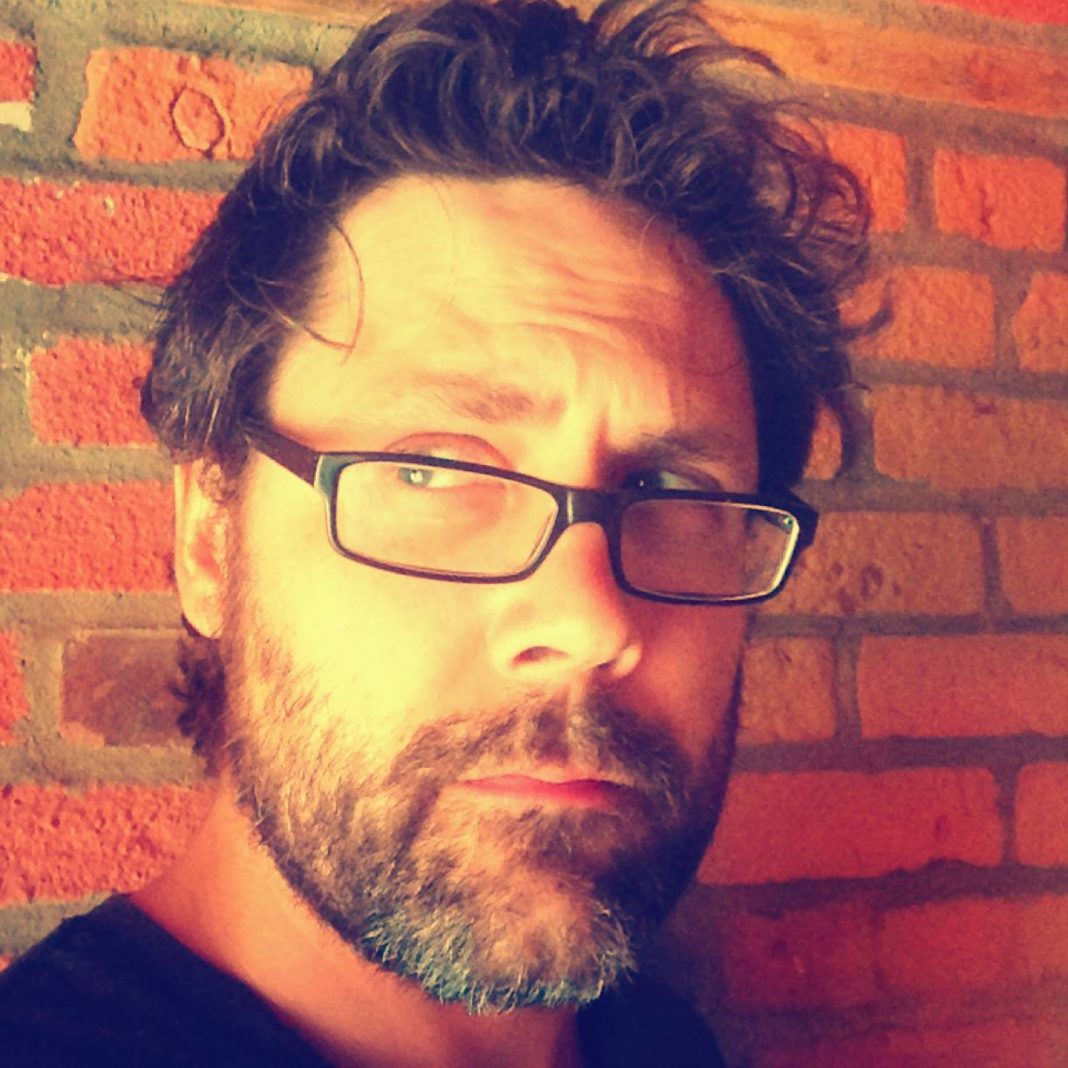 In our exclusive interview with Shuster Award nominee Yanick Paquette, the renowned artist took a break from penciling (and inking) Wonder Woman: Earth One Vol. 2 (because yes, that’s happening) and spoke with us about breaking into the industry, deciphering and translating Grant Morrison’s sometimes cryptic scripts, tipping the hat to Swamp Thing’s illustrious legacy of genre-crumbling creators, and composing the occasional fugue to effectively cleanse the creative pallet.

“My initial game-plan when I was a kid was to go into entomology. That was the initial plan, and you know when you’re a kid you imagine what an astronaut life is, it’s like all adventure and almost no math. Just adventure, no math. But the thing is, as a kid I had this misconception of being Indiana Jones in awesome jungles, getting cool-looking bugs. And I went into biology, and eventually had to make a little reality check: ‘what is it in this life I’m moving towards?’ And it turned out that entomology… it’s still cool — I still love it a lot and science in general — but I wasn’t into the lab work which is mostly what is required from scientists, and not the Indiana Jones dream.”

Yes, thankfully for us, the whole comic book thing worked out, because if entomology was, in fact, something that led to the discovery of the Ark of the Covenant and the destruction of the Nazi Party, we would be deprived of stunning, sometimes painterly artwork reminiscent of Bryan Hitch, Bernie Wrightson and Kevin Nowlan.

In the full, recorded interview below, Yanick was gracious enough to share with us his artistic beginnings, his first professional works, his acceptance into DC and Marvel, the working relationship with other renowned creators (including Alan Moore, Grant Morrison and Scott Snyder), and his current projects and future plans.

One such working relationship of note was working with eccentric writer Grant Morrison. Paquette handled penciling duties in the first few issues of Batman Inc., handled the art duties on The Bulleteer, one of several narrative gears in motion during Morrison’s Seven Soldiers of Victory opus, and the beautifully rendered Wonder Woman: Earth One graphic novel.

Being a fan of Morrison and his “mind-blowing” work that often demands AT LEAST 3-5 rereads in order to properly figure things out, I was very, very curious about the scripts Yanick received from the esteemed author. Were they surprisingly detailed, or as one would suspect, heavily surreal, scantily detailed and left to interpretation? And if the scripts were especially difficult to decipher, would he just have to give Morrison a call and say, “What the HELL am I drawing now??”

“Well, honestly, I wish I could give him a call but he’s very hard to reach, even by email; he’s kind of unaccessable, so there’s no real way to get in touch with him. Sometimes you just have to figure it out for yourself, to take a stance and think, ‘Well, this is what he might want,’ and do it. “

Paquette noted the difference in style between luminaries Alan Moore and Morrison.

“I remember when I made the switch from Alan Moore scripts to Grant’s, and Moore’s scripts for Terra Obscura [would contain] 100 pages of script for 22 pages of comics and they were monstrous, but you knew exactly what he wanted, the ins and outs of the story. There were no gray areas at all.”

“And then I did Seven Soldiers which was a moment for Grant where I guess he was writing so much stuff, like the seven mini-series, and I when I got the script I remember it was without dialog, in different fonts in different colors for no apparent reason to me and all over the place, to a point where I called my editor Peter Tomasi and said, ‘I think…I think the file’s corrupt, man. I think I need to upgrade my word processor or something because I can’t read the file.’ And he said, ‘No, no, this is what you get with Grant.’ And I was traumatized for a day. But from the information you get, you read it, and you try to patch together the DNA sequence of this monster he’s giving you with your own guessing, and…he never asked me to redraw anything. “

“I think that’s part of his process. He’s giving something which is like a skeleton of an animal, and then you try to figure out what that animal could be. And then he looks at it, and gets inspired again, and then he does the dialog, putting the fur on the animal, and it sparks life and runs away into the sun.”

And oh, there’s more, SO MUCH MORE in the full interview above (and right below for the sake of convenience). ENJOY!