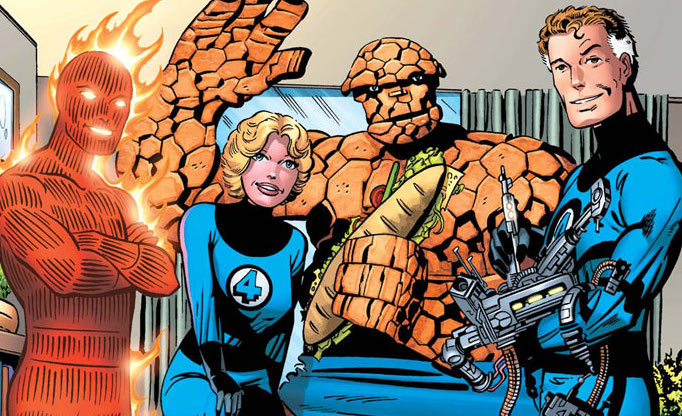 When it was all said and done, it wasn’t Dr. Doom who defeated the Fantastic Four. Nor was it Galactus or the Skrulls that finally did in Mr. Fantastic, the Invisible Woman, the Thing and the Human Torch — it was Marvel Studios’ own selfishness.

Former Fantastic Four writer Jonathan Hickman confirmed what a lot of comic fans suspected over the cancelation of Marvel Comics’ longest running title: it got the axe over movie rights.

In an interview with Newsarama, Hickman said, “I think it’s pretty common knowledge at this point that Marvel isn’t publishing Fantastic Four because of their disagreement with Fox.” 20th Century Fox holds the Fantastic Four and the X-Men film rights, while Marvel Studios holds the film rights to everyone else in their catalog.

This is shameful of Marvel. Granted, I have never been a huge fan of the Fantastic Four, but I enjoy some of the early adventures by Stan Lee and Jack Kirby. I also like the run by writer/artist John Byrne in the 1980s, and Mark Millar’s run on Ultimate Fantastic Four is equally great. However, there was something about the series overall that never appealed to me. I respect the book and its history, though.

The Fantastic Four isn’t just an old Marvel title. It is the book that put Marvel Comics on the map. Before Spider-Man and the Hulk lit newsstands on fire, The Fantastic Four was the apple of Marvel’s eye. The first family of Marvel gave readers an alternative to DC Comics, Dell, and Gold Key.

“But Keith, what about Captain America and The Invaders, you hack? Weren’t those the books that made Marvel a household name?”

Quick history lesson, kids: When the ‘Star Spangled Man with a Plan’ and the rest of the Invaders were fighting commies, Nazis, and mad scientists, they were published by Timely Comics. Yes, Timely eventually did become Marvel but that wasn’t until the early 1960s.

Between the late ’40s and through the 1950s, Timely completely stopped publishing superhero comics. They focused on westerns, science fiction, and romance books. The Fantastic Four is the book that revamped Marvel’s interest in superheroes.

This also shows where Marvel’s priorities are these days.

Unfortunately, they’re not focused on the comic shops you go to every week, or concerned about making quality books that get readers talking and excited. Their top priority is the movie business. Now, Marvel cares more about the box office revenue of their cinematic universe than the Diamond Distribution sales numbers every month.

Ten years ago, Marvel canceling a comic book just because a rival studio owned the movie rights would be unthinkable. Fox got the rights to the Fantastic Four fair and square. But now, since Marvel Studios is the darling of Hollywood, Marvel would rather end their longest running title rather than share the wealth.

“But what about those Fantastic Four movies by Fox starring Chris Evans, Jessica Alba, and Michael Chiklis? Weren’t those made by Fox, too? Why didn’t Marvel Studios get vengeful when those were made?”

When those were released in 2005 and 2007, Marvel Studios wasn’t even in existence. Marvel as a company still had a working relationship with other movie studios like Columbia Pictures (Spider-Man, Ghost Rider), New Line Cinema (Blade), Universal Studios (The Incredible Hulk), Lionsgate (The Punisher), 20th Century Fox (X-Men, FF, Daredevil, and Elektra) and briefly Paramount Pictures (Iron Man, Captain America, and Thor). It wasn’t until after Disney bought Marvel in 2009 that the ‘house of ideas’ began to get, quite frankly, selfish with their characters and their movie rights.

I am not going to offer a revisionist history and pretend The Fantastic Four was a top seller when the last issue hit the comic shelves in 2015. Sure, the book hadn’t been relevant for a while, but it certainly earned its place in comic history.

If and when Marvel decides to revamp The Fantastic Four, I hope they give the characters the respect they deserve. The series should never have been canned just because Disney doesn’t hold the movie rights to the characters.