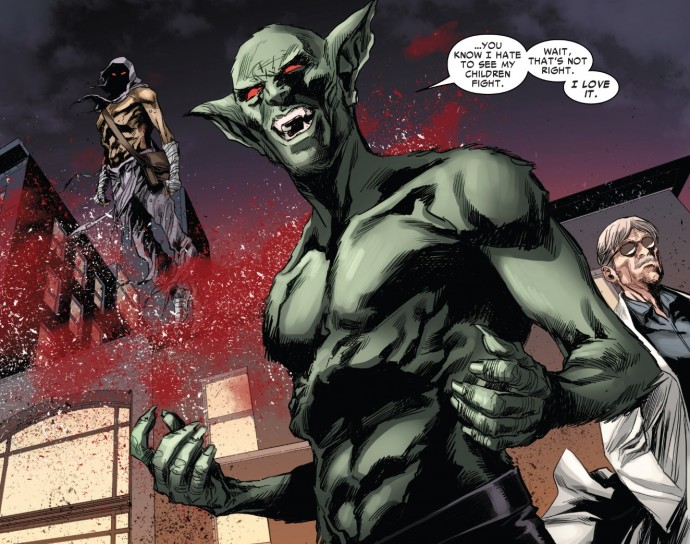 Every great villain needs a great evil plan. Whatever it is, it should always be along the lines of horrifying, sinister, and diabolical. And then there are some that are just…not! Sure, some ineffective plots are conceived by less intelligent villains, but even the most brilliant baddies can attempt something that’s completely innocuous. Whatever the case, here are five of the worst villain plans that were absolutely ridiculous.

[WARNING: SOME SPOILERS BELOW!!]

The Riddler is one of Batman’s greatest enemies, and his mind has always been his most powerful weapon. That being said, it doesn’t make him immune to a bad plan every now and then. In the War of Jokes and Riddles storyline, Riddler wages a supervillain civil war against a morose Joker. Towards the end of this story, he reveals why he instigated the conflict — Riddler fought this war to make the Joker laugh again!

Just think about it for a moment: Riddler fought this huge war involving a massive civilian death toll, convinced all these villains to join his side, and purposely lost the war — partly due to Kite Man (don’t ask) — because he wanted the Joker to laugh! That’s one overcomplicated plan initiated for a seriously underwhelming reason.

First, why does he want that? We’ll never know as it’s never really explained! Second, why does he think any plan involving the Joker will go smoothly? No idea whatsoever! And finally, what’s the point of the whole thing? What does he gain from any of this? Nothing. Riddler complains about the stupidity of his idea, AND HE’S THE ONE WHO THOUGHT IT UP!!

Riddler will always hold the title as one of Batman’s smartest foes, but he was off his game this time.

You can count on the Clone Saga for some really bad ideas. The main villain of the lengthy story is the Jackal, and boy, is his plan a doozy.

So, after making several clones of Peter Parker, the Jackal wants to take things a step further — he wants to replace humankind with clones.  Why, you ask? So he can control them all, even though his other clones continually disobey him.

And let’s not ignore the fact that you’d have to get DNA from everyone on the planet to clone them. So yeah, the Jackal’s plan makes zero sense and is flawed in on every level!

Most of Wonder Woman’s villains are from Greek mythology, including gods, but she does have human enemies, too. Baroness Paula von Gunther is one of her more creative foes, but concocted one of the worst supervillain plans ever:

Gunther wanted to inflate the price of milk in America to make Americans weaker, guaranteeing the Nazis’ victory during World War II.

Yeah, pretty flimsy idea there. For starters, Gunther doesn’t understand that the strong bones people get from milk isn’t instantaneous! She also failed to consider that her plan wouldn’t affect anyone currently fighting the war. It’s a pretty ineffective plan that never had any chance of succeeding. 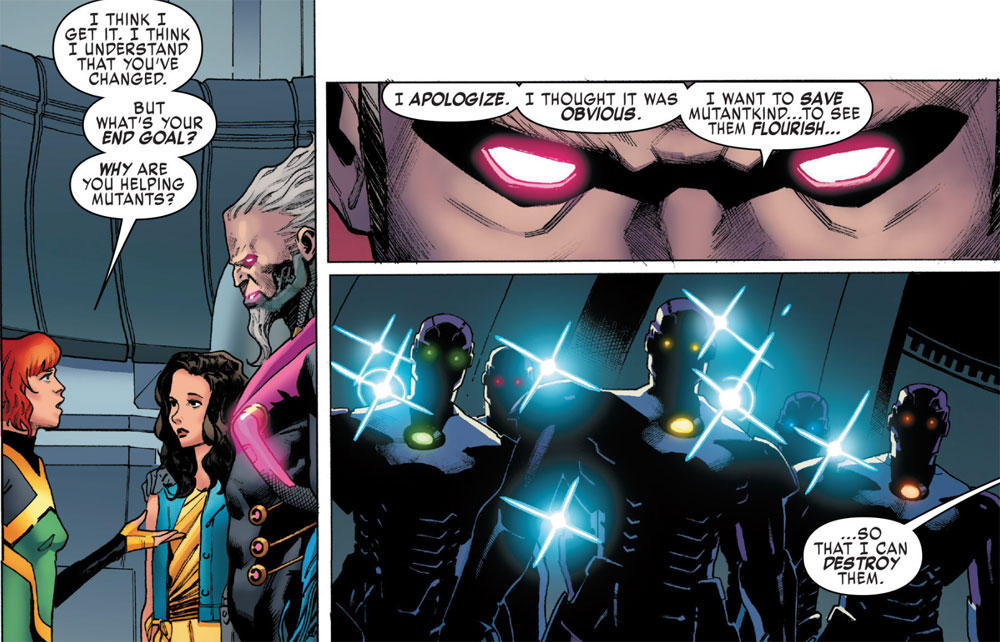 There are a lot of people who hate mutants, and they devised many plans to push mutants towards extinction. Sorry, I meant “X-tinction.” Ahem. Sorry.

The human Sentinel hybrid, Bastion, concocted a few plans that almost succeeded. Once, it seemed Bastion was destroyed by Hope Summers, but eventually, he came back with the worst plan devised by any X-Men villain ever — to increase the mutant population! At first, it didn’t seem evil, but then he revealed that he wanted to save mutants so he could kill them all later. WHAT??

Yeah, don’t worry about being confused, because it doesn’t make a lick of sense. Why go to the trouble of building up the mutants if he’s just going to kill them anyway?!

And let’s say he actually succeeds and saves the mutant race (because he wants to save them first??), what’s stopping them from taking him out together?! Finally, there’s the chance he could end up creating a mutant as powerful as Hope that could destroy him again! No matter what scenario plays out, Bastion will shoot himself in the foot if he doesn’t initiate a systems update for those bugs in his logic processors!

It must be hard being Darkseid. If living on a world that’s practically covered in fire 24/7 wasn’t bad enough, he’s annoyed by many usurpers who desire his throne! One of those potential usurpers was Sleez, a being so disgusting that Darkseid kicked him off Apokolips!

Can you think of any ridiculous supervillain plans that were far more silly than effective?