Home COMICS The Flash #1 Review: This is OUR Barry! 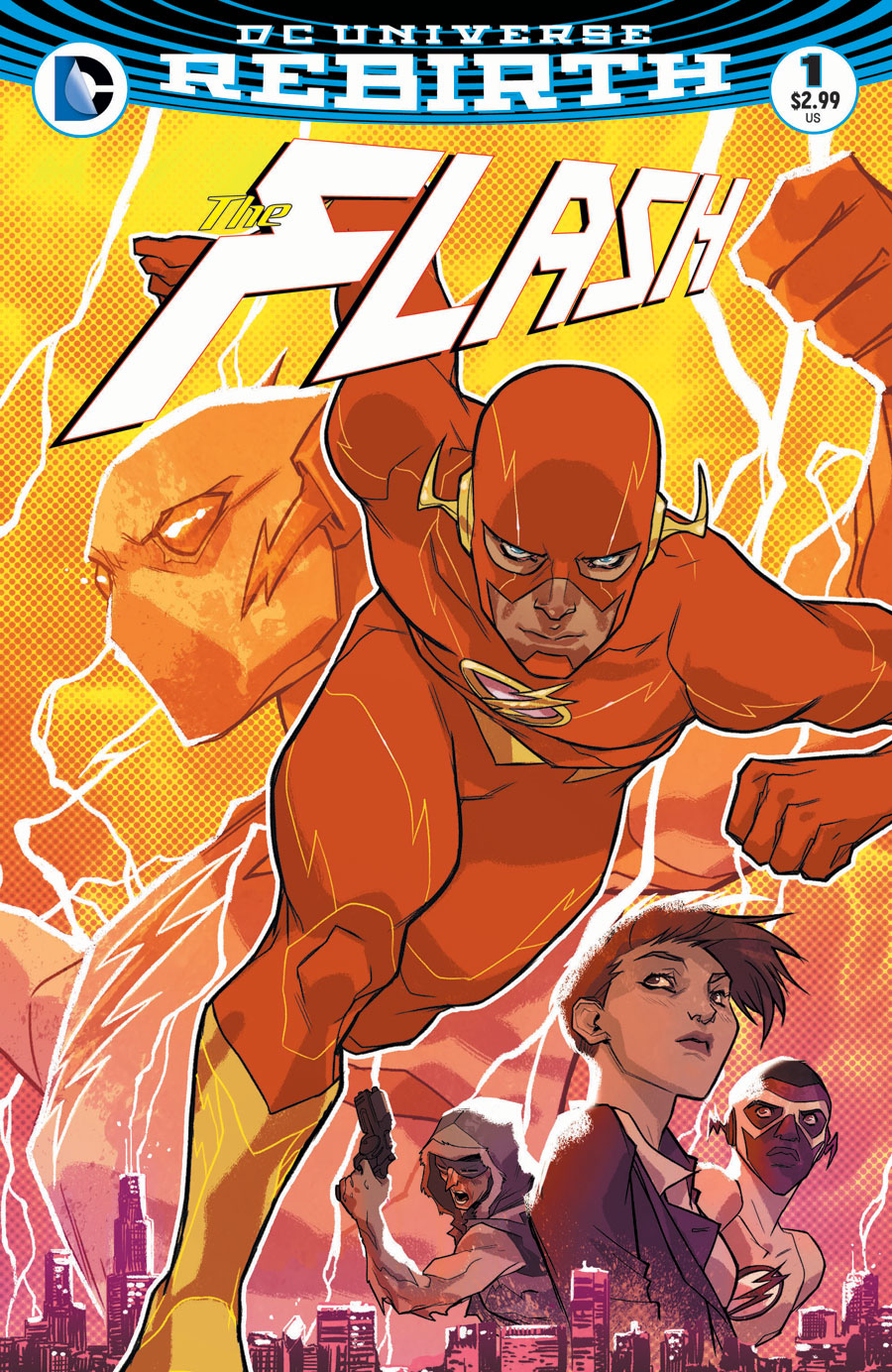 Check out Our Review [WITH SPOILERS] of The Flash #1!

It’s amazing what some perspective can do. During the course of this debut issue of Flash, Barry Allen narrates the fact that he remembers the returned Wally West. This little bit of info allows the reader to feel like this Barry is “our” Barry, the Barry that was part of the DC Universe pre-New 52 and even the Flash of the Bronze and Silver ages. This one turn of narration makes Barry feel like he “matters,” that he is not simply an echo of marketing whims, and all of this makes this debut issue of The Flash really darn enjoyable.

But this issue is not only enjoyable for old school fans. It is accessible to new fans drawn in from TV as well, as Barry and his supporting cast are elegant in their simplicity. Barry acts like Barry, and Iris and the African American version of Wally West act in a manner that is narratively pleasant and wonderfully familiar.

But this premiere issue plays more than the hits as it also introduces a police pal of Barry Allen’s named August Heart who has been seamlessly integrated into the Flash legend. Through Williamson’s skillful script, fans will get to witness the bond between Barry and this new cop character. Williamson makes the reader care as much for this new character as they well for the recently returned familiar characters of Flash lore.

It seems like The Flash will be the place to go for more and more Rebirth revelations, and this is a good thing because the creative team seems to be creating something special here. There is also some great character work done with the Flash as there is a heart-stopping sequence where Barry must deal with saving the victims of an apartment fire while his newly introduced friend August is in mortal danger. It’s amazing how Williamson just introduced August Heart, yet the reader will be begging Barry to hurry up and save this new addition to the world of the Speed Force.

Carmine Di Giandomenico does it all this ish as he handles the quiet scenes between Barry, Iris and Wally with the same visual fluidity as he does the action scenes. You guys, we may have finally entered a new age of greatness for Barry Allen and the Flash, one that could stand side by side with Mark Waid and Geoff Johns’ runs. Let’s hope things keep moving forward at such a pleasantly brisk pace.