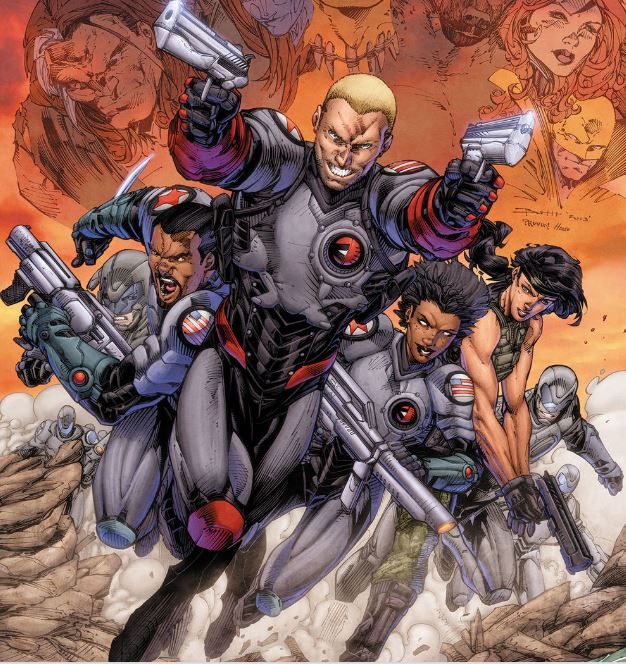 Suicide Squad Director David Ayer recently took to Twitter, announcing that he was, in fact, finished with post production work on DC’s forthcoming, cinematic, villain-centric ensemble film. That was great news and greatly appreciated, but his tweeted Squad updates didn’t stop there. No, sir. Just a few hours ago, David Ayer confirmed the A.R.G.U.S. connection in Suicide Squad.

Yes, A.R.G.U.S., a clever acronym for the Advanced Research Group Uniting Superhumans, was formed in the wake of Darskseid’s invasion of Earth, which contributed to the hastily assembled Justice League. The A.R.G.U.S. mission statement? To tactically support and liaison with the Justice League while dealing with or mitigating the effects of super-human conflict. The agency’s first head was Steve Trevor (sound familiar?); his military record was exemplary, and his “handling” of Wonder Woman was a generous mark in successful super-human relations.

However, after an event referred to as the David Graves Incident, which involved the brutal torture of Trevor, a smeared Justice League reputation, and the end of Diana and Trevor’s romantic relationship, Steve stepped down from his position and allowed for the promotion of Amanda Waller. Waller ran a less-than-upstanding organization, often utilizing her questionable organization, Task Force X, for many A.R.G.U.S.-run missions. Their deployment often made things…messy.

And what the hell is The NHEJCO (Non-Human Entity Joint Combat Operations)?? Is this a sub-division of A.R.G.U.S specializing in combating super-humans? Perhaps the official name for Task Force X? Hmmmmm. Or, perhaps it’s a shadowy, governmental branch CREATING super-humans for joint combat operations.

And is it ludicrous to think that Steve Trevor, who’s showing up in Patty Jenkin’s Wonder Woman film, will be the founder of A.R.G.U.S.? It would be a nice, Peggy Carter analog existing in the DCCU.

What do you think??