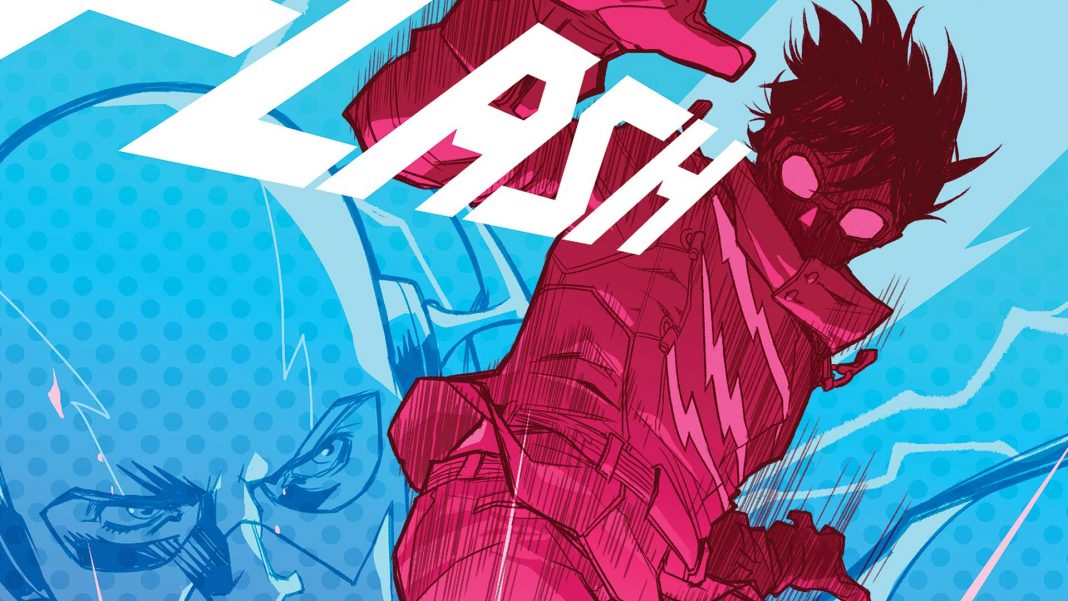 Check out Our Review [WITH SPOILERS] of The Flash #2

Over the course of this first month and a half of  Rebirth, one of my only complaints is that some of DC’s new stories suffer from some severe decompression. This is not a problem with The Flash #2 as Joshua Williamson presents a fun and sense tale that expands a few new players in the world of The Flash.

Last issue, Barry Allen’s detective pal, the newly introduced August Heart, received speed powers; this issue, Barry must train Heart quickly because
the mysterious group of urban terrorists known as Black Hole strikes again. So far, Black Hole has been a bit generic as far as threats go, but I am digging Heart as a character. Even through Heart is altruistic, his methods differ from Barry. This issue, he actually saves Barry from Black Hole as Heart has become quite the speedster.

Honestly, Heart is a strong character and I can see him fitting in on CW’s The Flash at some point. Like I said, Black Hole is rather paint by numbers and I would like to see Williamson flesh out this violent group of high tech thieves. The Flash has one of the best rogues gallery in comics, and I would like to see this new group of bad guys that have kicked off the Rebirth era become worthy of their position.

As for the art, Carmine Di Giandomenico is a perfect Flash artist as he renders movement in some really fun ways. His layouts are innovative and he keeps the story moving at a fevered clip.

Most of the issue consists of the training of Heart and the battle with Black Hole but we did get to check in with Wally and Iris West. We are talking about the Wally of color here and all of a sudden, with the old school Wally West back in the DCU, this new version of West becomes much more intriguing. I wasn’t feeling the New 52 Wally when he was first introduced a few years ago (it wasn’t a race thing, it was a bad writing thing – I love the TV version of Wally), but Williamson seems to have a handle on the character since, all of a sudden, my interest in this version of the classic character has perked. Wally is only featured on a one page sub-plot, but it works and I want more of both Wally-persons.

As for everything else, this story is moving along nicely. It is a satisfying read if a bit connect the dots.