No all fan films are created equal. Some are brilliant tributes from a home filmmaker to their favorite subject. Others are… well, to be honest, quite a few are unwatchable. So, when one comes along that captures the spirit of its subject – and is done in such a spectacular fashion – it needs to be witnessed. So, for your consideration, here is the first trailer for Cinema Relics’ amazing Futurama fan film.

I mean… wow. It’s part Futurama, part Pee-Wee’s Playhouse, and part crazy acid trip. I mean, they not only created their own cigar-chomping bender, but also created realistic versions of Nixon’s head, Nibbler, and of course… THE HYPNO-TOAD. This small sampling shows the dedication and passion Cinema Relics have regarding the Futurama franchise.

On their website, Cinema Relics stated, “[We] never settle for second best and pride ourselves in the ability to make the impossible possible.” From the looks of it, they succeeded. Every Futurama fan is going to keep a close eye on Fan-O-Rama until it eventually gets its full release (hopefully then… they can incorporate some version of Zap Brannigan… just a suggestion!).

Now, while Fan-O-Rama is sure to be met with smiles and cheers of joys, it’s important to remember that not all fan movies are treated with the respect they deserve. For example, the Star Trek fan feature Prelude of Axanar was a ten-thousand-dollar crowdfunded project that even included Enterprise regular Gary Graham reprising his role of Soval the Vulcan Ambassador.

It was groundbreaking work for a fan film, to the point where Paramount Pictures sued the production group behind the project, Axanar Productions, for copyright infringement. Now, you know you made a damn good fan film when a studio slaps you with a lawsuit. The tensions between the fan filmmakers and Paramount came to a head when nerd demigod JJ Abrams got involved and told the studio to cool down. In response, Paramount released an official set of guidelines for future films, which officially squashed any dreams of Prelude of Axanar to be turned into a feature length movie.

Hopefully the minds behind Fan-O-Rama won’t run into the same problems. Their fan film looks fantastic and their practical effects really give the film some added character. Who knows, perhaps this is just what the Futurama franchise needs to get a third resurrection. Fox pulled the plug on it once, and then after a few movies and additional seasons at Comedy Central, it was once again left for dead.

But “Good News Everyone!” Creator Matt Groening has stated in the past that he would still create more episodes if the show could find a home. Voice actors Katey Sagal (Leela) and John DiMaggio (Bender) have put it on record that they would return as well. Perhaps this fan film can kick the tires on Futurama once again to bring it back to life. Should it be back at Fox or Comedy Central., or somewhere new like Netflix or Hulu, the adventures of The Planet Express crew should continue. At the very least Fan-O-Rama has given Futurama fans something to look forward to. 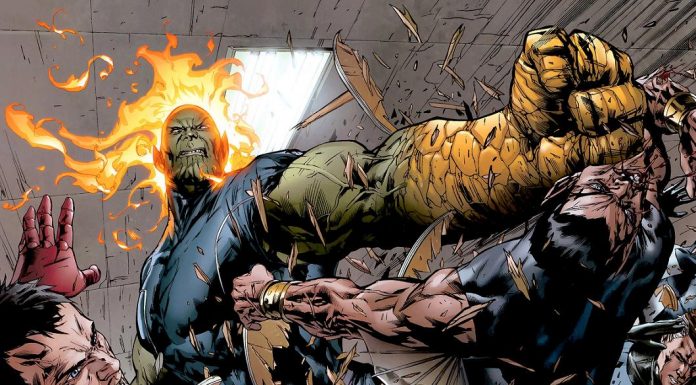