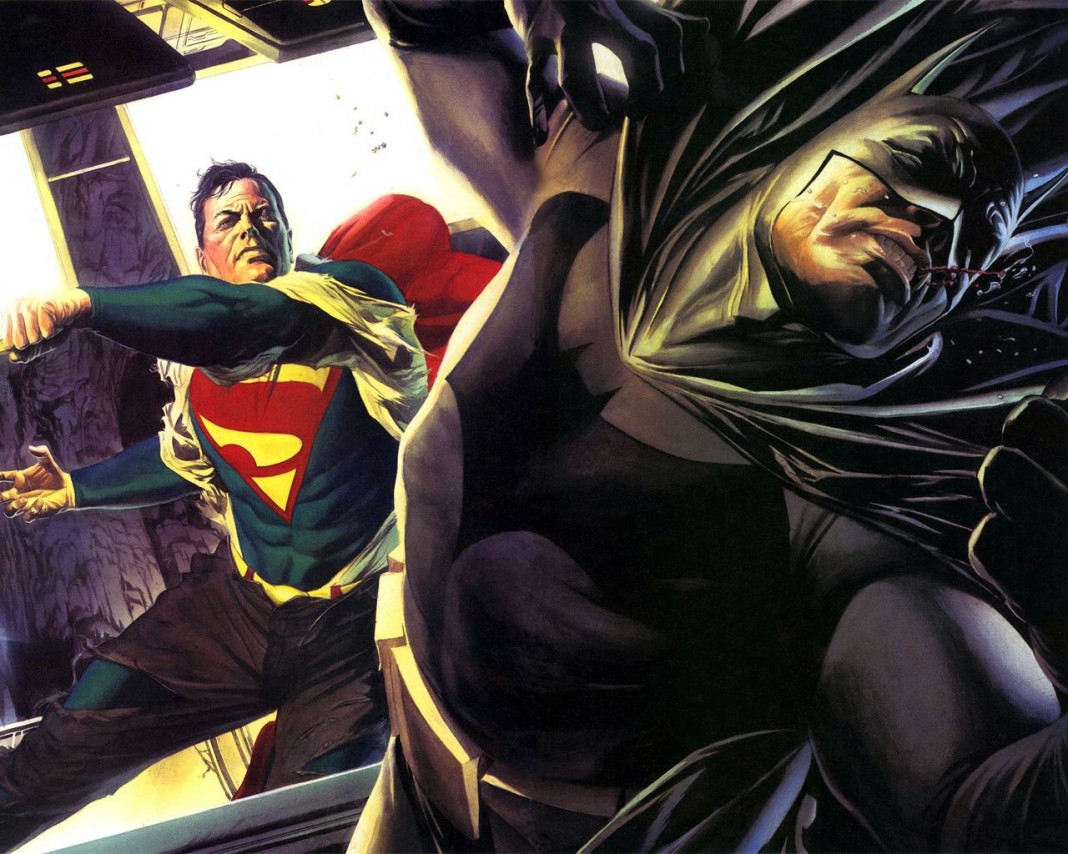 And he’s not just going to beat him. Oh, no; he’s going to ‘effing annihilate him. Now, how can I be so sure? Because this is the very first meeting between Batman and Superman. Sure, Batman has seen Superman in action, but if he’s thinking an exo-suit enabling him to lift like, 25 tons, is going to be enough to break Superman’s headlock, he’s completely out of his already brutalized think-box. And since this is the first time, Batman, renowned as a master strategist, simply won’t have the appropriate strategy ready when Superman’s eyes start cooking the asphalt. So, knowing this, here are my 4 reasons why Superman will beat Batman in Batman V Superman:

1. Because, as of right now, there’s no Kryptonite.

This is something Batman has depended on many, many times to successfully wrangle Supes, especially in the form of a handy-dandy Kryptonite ring. Well, the substance was never brought up in Man of Steel (Snyder said, emphatically, that there would be no Kryptonite), but I have a sneaking suspicion that it will appear later in Batman V Superman. So, if these guys go toe to toe near the beginning of the movie? Sorry, Bats.

Again, this is what happens when Batman runs afoul of Superman for the very first time. Sure (and again), Batman may have seen him in action, but news clips and satellite footage just can’t convey the awesome, unstoppable, unyielding force that is Superman.

Let’s be honest here. If, for whatever reason, Batman manages to mount a successful offensive, Superman can always exit the Earth’s atmosphere at about Mach 3. Or, if he’s feeling especially playful, he can always take Batman with him. Now, can Superman actually breathe in space? Well, it depends what comic book you’re reading, but oftentimes, Oxygen seems unnecessary to Superman. And even if he needs it, he can hold his breath for a very, VERY long time.

If Superman is especially aggravated, he can always fly just under the Earth’s atmosphere and right above Wayne Manor. From there, he can turn the Batcave into something resembling magma with an unrelenting barrage of Heat Vision.

4. Because, believe it or not, Superman is smarter. Much, much Smarter.

Yes, Batman’s a brilliant strategist and the world’s greatest detective, but…his brain is only human. Superman, blessed by our planetary location relative to the sun, has super-EVERYTHING. Not only can he toss a dump-truck into Alpha Centauri, he can scan and memorize all the stars he’s throwing the dump-truck towards. In Final Crisis, Grant Morrison’s brilliant but somewhat head-scratching Justice League opus, Superman rebuilds, from memory, a machine capable of rebuilding the Multiverse. Oh, and the proper way to operate such a machine is to apply the correct vibrational frequencies; he’s able to project the proper frequencies himself with the use of some super, hypersonic singing.

Any more reasons you can think of? Call ’em out, Superman fans!