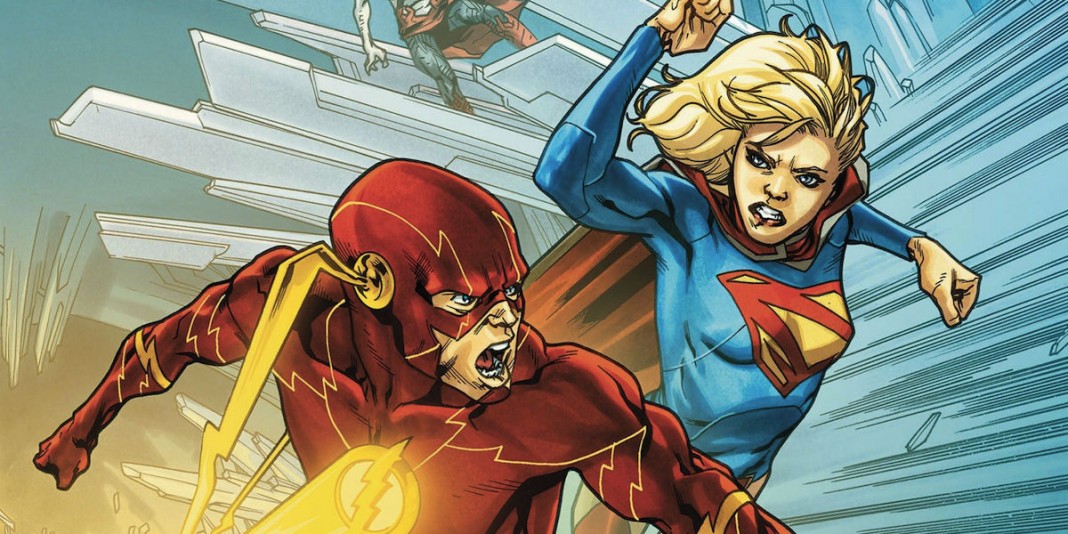 Yes, thanks to our friends at Variety, we’re granted a first look at The Flash and Supergirl sharing the very same dimensional space! When does the highly anticipated crossover occur? Why, that would be March 28th at 8:00pm on CBS. Right, the Flash will be appearing, unexpectedly, on Supergirl.

Here’s the official synopsis from CBS!

“World’s Finest” – Kara gains a new ally when the lightning-fast superhero The Flash (Grant Gustin) suddenly appears from an alternate universe and helps Kara battle Siobhan, aka Silver Banshee, and Livewire in exchange for her help in finding a way to return him home, on SUPERGIRL, Monday, March 28 (8:00-9:00 PM) on the CBS Television Network. Grant Gustin crosses over as The Flash.

So, are they going to fight before they team up? Maybe reproduce the famous Flash/Superman race around the world to determine who’s faster?? Hmmmm.