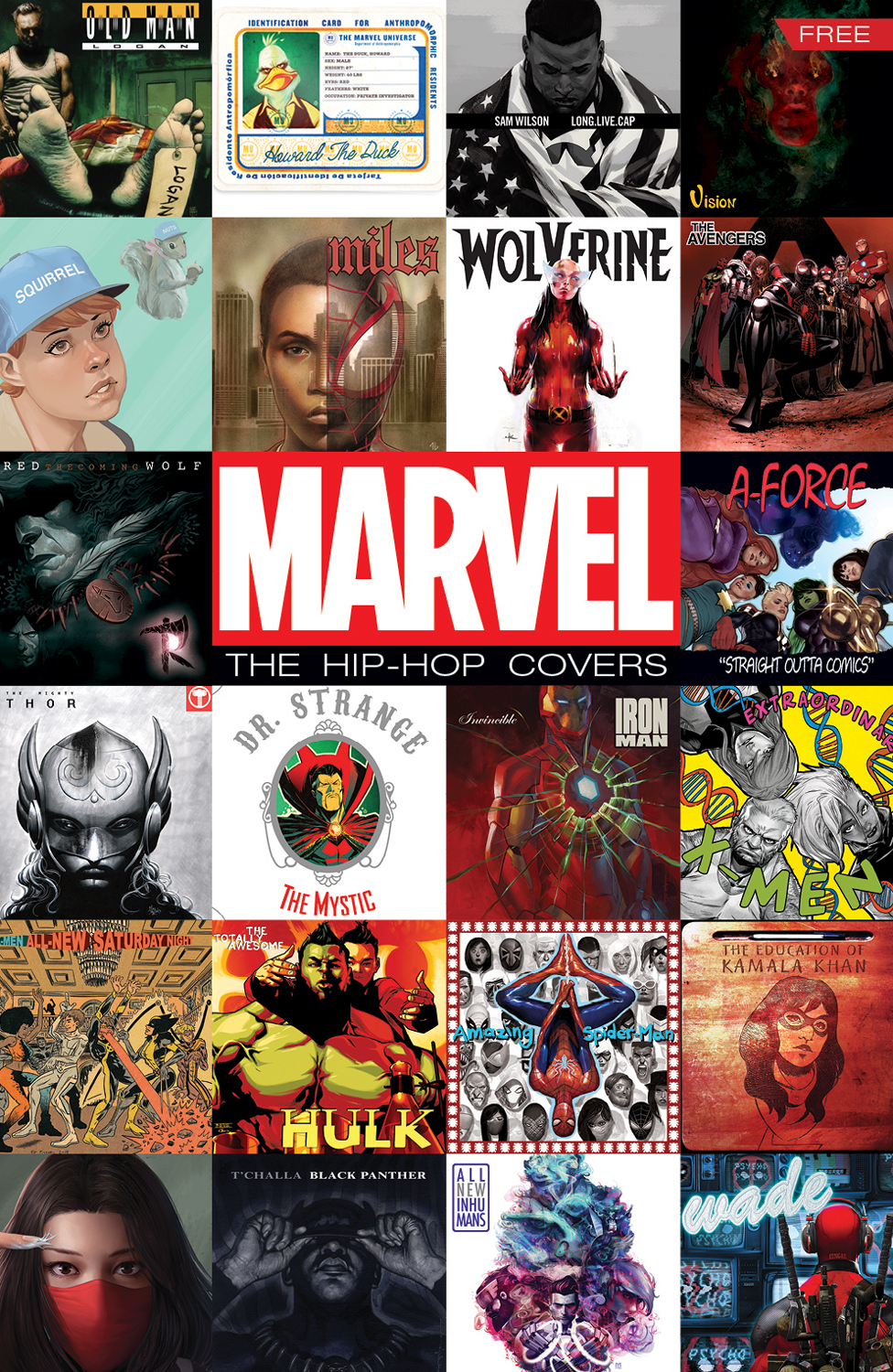 Hey, you like free stuff, right? You also fancy Marvel? Then you need to check out your local comic book shop because they might have free stuff for you! YES, FREE STUFF…and it is today! What kind of free stuff you might ask and I’ll answer; a book of the Hip Hop variant covers! Pretty sweet. If you want to know anything else, check out the official press release below. Again, it is only probably today so get to it. Now! GOOOOOO!

New York, NY—January 05th, 2016 — Marvel’s Hip Hop Variant initiative is a hit! And we’re bringing those can’t-miss mashups back to stores January 6th with Marvel’s free Hip-Hop Variant Sampler! Fans can’t get enough of Marvel’s homages to the most iconic and well received albums of all time. So we’re bringing them back to your local comic shop once more! The sampler has been promoted everywhere from the New York Times, Entertainment Weekly, Fuse, MTV, Fortune, VIBE, RevoltTV, MassAppeal, Uproxx, XXL and many more, Marvel’s hip-hop mash-ups are taking the stage for their encore! Promoted to Marvel fans new and old, this free sampler reprints 14 of the most popular Hip-Hop covers!

As a thank you to fans and retailers, Marvel is inviting you to kick off 2016 at your local comic shop. Heavily promoted and hotly anticipated, we’re pleased to bring fans new and old into shops for this free sampler. But don’t wait, it’s sure to fly off the shelves!

Featuring industry legends, rising stars and even some of the creators behind the blockbuster All-New, All-Different Marvel titles – the Hip-Hop Variant Sampler features the following 14 covers, reprinted for fans:

·Contest of Champions #1 by Denys Cowan and Bill Sienkiewicz

Hip-Hop and Marvel unite once more, joining together the exciting world of comics and the sound of a generation. Tomorrow, Marvel is proud to bring these unique mash-ups to a brand new set of fans and customers. Be there tomorrow when Marvel’s first ever Hip-Hop Variant Sampler drops!