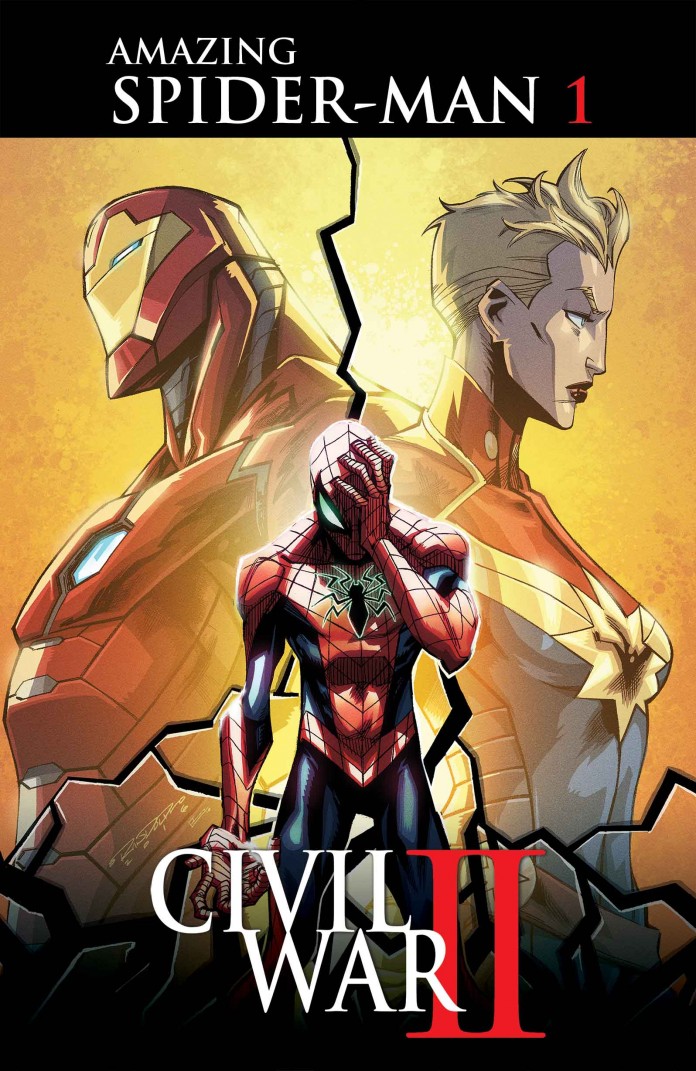 As the Marvel Universe fractures and splinters in the wake of Civil War, your friendly neighborhood Spider-Man must make his choice! Be there as he gets caught up in the fight in CIVIL WAR II: AMAZING SPIDER-MAN #1 – a new dedicated Civil War II series from writer Christos Gage and artist Travel Foreman!

There’s a new Inhuman with the ability to predict the future. The Marvel Universe stands at a crossroads. Do its heroes wield this power to change the future as they see fit, or do they reject it and allow tomorrow to unfold unaltered? Iron Man and Captain Marvel stand on opposite sides of the issue, but one thing is for certain – this new Inhuman bears an immense responsibility to use his powers safely. And if there’s one person who knows a thing or two about power and responsibility – it’s the Amazing Spider-Man.

“[Peter] isn’t about to pick a side until he can figure out what the Inhuman at the center of this is all about,” says Christos Gage in an interview with Marvel.com. “So he insists upon some one-on-one time. And given his friendship with Johnny Storm, the Human Torch, who now lives with the Inhumans, he gets it.”

The drums of war beat for the webslinger, and big changes are in store. Will Peter Parker stand with Captain Marvel? Or will he side with Iron Man? Find out this June in CIVIL WAR II: AMAZING SPIDER-MAN #1!

On Sale in June!