Home COMICS To All The Girls I’ve Loved Before: The Many Ladies of Dick... 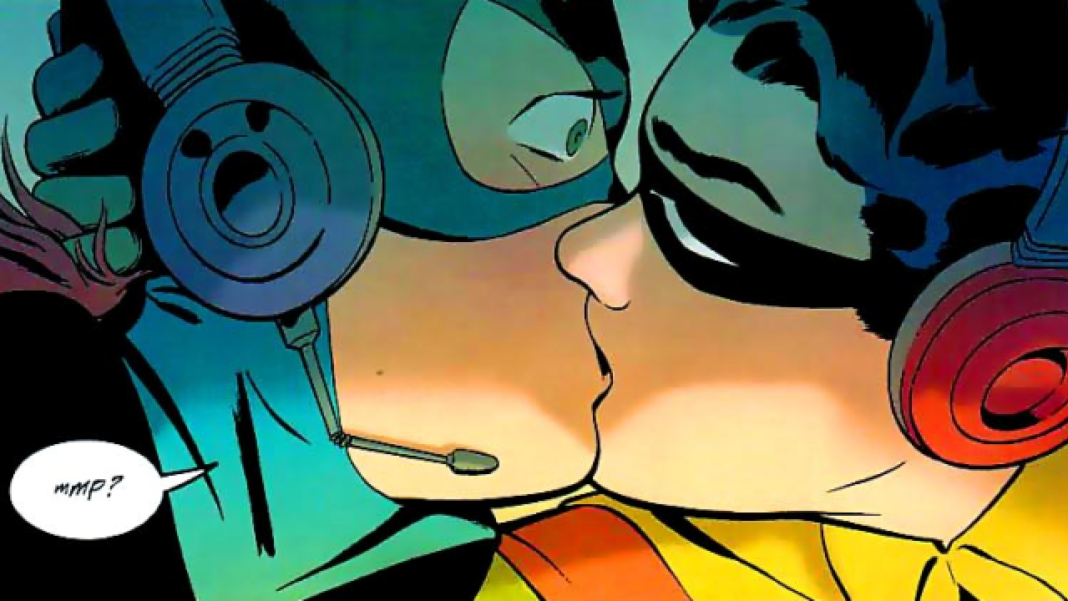 As one of the biggest heartthrobs of the whole DC Universe, Dick Grayson has had his fair share of women through the years. It’s not actually surprising considering he’s a former acrobatic marvel (who wouldn’t want that?), and lives up to being the “Boy Wonder” both in and out of the bedroom.

While he’s a genuine sweetheart when it comes to those he’s had some fun with under the sheets, it’s a pretty exhaustive list for the charming romancer in tights. Aside from a whole bunch of random girls (because women just want him instantly everywhere he goes), a one-night stand with Catwoman (eww, because Bruce obviously had dibs), and a smack from Supergirl herself (good luck explaining that to her big burly cousin), here are some of the most memorable (and downright bizarre) Dick Grayson hookups ever.

They do always say that you always want what you can’t have, and Sonia really is bad news for Dick Grayson—considering her father killed his parents. So yes, there was some attraction there, but the kiss alone flooded Dick with horrible memories and trauma—that really isn’t something you’d want to keep experiencing every time you smooch with your significant other. So, no future here.

Dick had a job as an Agent of Spyral for a time, and when he was assigned a female agent to help him shoot better, it was only a matter of time before he ended up sleeping with said female agent. However, Agent 8 was a double agent for Leviathan, so once again, Dick brings a literal meaning to the phrase “sleeping with the enemy.”

This particular relationship would have been sweet, because Dick and Raya were both in Haly’s circus together. After they went to Atlantic City to see a dying Mr. Haly, they made some sweet lovin’ on the train ride home. Unfortunately for Dick Grayson, he’s got to be a magnet for evil girls, because Raya was involved in a scheme with an assassin and planned to destroy the circus. Ouch!

Speaking of bad girls, Tarantula definitely takes the cake. Undoubtedly the worst of Dick’s gal pals, Tarantula killed Blockbuster, causing Nightwing to have a mental breakdown. She then chose that exact moment to get her jollies by raping Dick, because she’s just that twisted. Poor, poor Grayson.

Of course, the unfortunate streak continues for dear ol’ Dick. Shawn Tsang, formerly known as the villain Defacer, instantly hit it off with him after deciding to start a new, crime-free life. Declarations of love, horrible kidnappings and killings, and a pregnancy scare later, they end up splitting too—but we’ll have to see how it goes in the current ongoing arc.

Say what? Yes, Raven did have a thing for Grayson back in the day, but only because she was supposedly new to experiencing different emotions and couldn’t tell if what she was feeling was genuine love/lust or just her powers getting all whacked up. Dick was with Starfire at the time too—so Kori ended up having a heart-to-heart with Raven about him. After some chit-chat, bonding, and an afternoon of naked bathing, Raven burst into Dick’s apartment and straight-up kissed him as part of Starfire’s prank on Dick. These Titans kids are just so, so weird sometimes.

Now that we’ve mentioned the Tamaranian Princess Koriand’r, it’s important to say that Kori was actually supposed to get married to Grayson—if only an evil Raven didn’t show up and murder the officiating priest. Sadly, things were never quite the same between the two of them afterwards, as Dick moved on and simply doesn’t feel the way Kori feels about him. Nightwing just can’t recognize a good thing even if it smacks him right in the face with a starbolt.

And here we come to the most memorable woman in the lonely life of Dick Grayson. Barbara Gordon has always been Dick’s “the one that got away,” and we just can’t understand why these two can’t work it out. He even proposed to her once in the events that led up to “One Year Later,” but we never got to see how that panned out. Batgirl has always been Robin’s one true love, but somehow, circumstances always seem to push them far apart. Will the star-crossed lovers ever find happiness in each other? I guess we will never know—or we’ll have to wait for the Titans TV series or the Nightwing movie!

Who’s YOUR favorite Dick Grayson lady? Did your best bet make the list? Let us know your thoughts about his love life in the comments section below!