Home COMICS Green Lanterns #15 Review: A Day in the Life

Gang, our Green Lanterns #15 review is a little SPOILER-Y, so…check back with us after you’ve read the issue. Oh? Still here? Thank you!

Since her introduction in the New 52, Jessica Cruz was a controversial choice for a Green Lantern. For the first few issues of the Rebirth Green Lanterns title, the struggling agoraphobe couldn’t form a construct from her ring, so the idea that she can overcome great fear is questionable. Even she wonders why she was chosen for the job!

Since Cruz and her partner, Simon Baz, were assigned to protect Section 2814, which includes Earth, they’ve had to fight Red Lanterns as well as an overzealous human in possession of the Phantom Ring. In this one-shot issue, the focus is on Cruz and her battle with anxiety. And this is just one of the reasons why DC’s Green Lanterns title is one of the best of the Rebirth series! 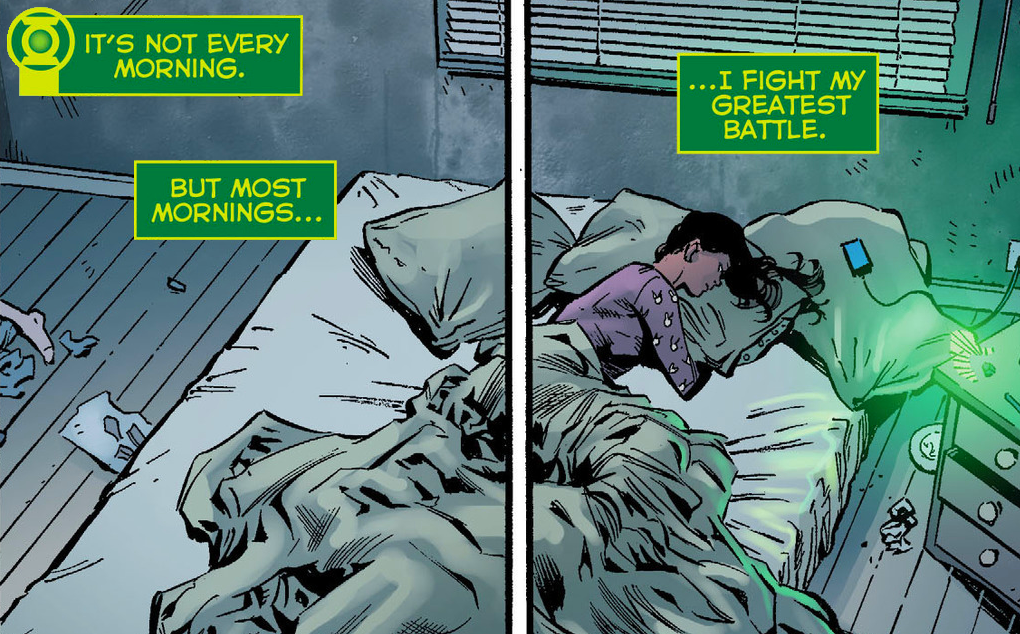 A character like Jessica Cruz is a very welcome addition to the superhero comics world! “A Day in the Life,” written by Sam Humphries (Planet Hulk, Star-Lord) and illustrated by Miguel Mendonça (Teen Titans, Side-Kicked), begins with Cruz thinking about her crippling anxiety attacks and the uncertainty of being a Green Lantern. The exploration of Cruz’s uncertainty is nothing new to this title, but Humphries’ well-written, realistic portrayal of her panic attacks is a nice message to readers who may not be familiar with such feelings.

Also, to read such a clear, accurate description of someone going through a panic attack is inspiring since it shows panic attack sufferers that they’re not alone. One of the best moments in this issue is when Simon Baz snaps at Jessica for having another panic attack and realizes it’s not something she can always control. Baz’s initial reaction may be construed as a reflection of a majority of today’s society – particularly those who’ve never had to experience the crippling feeling of a panic attack.

However, there are some very revealing truths to Humphries writing about panic. A great example is when Cruz keeps it together during a major action sequence where many lives are at stake, but struggles with anguish during a one-on-one fight with a D-list villain.

A real panic attack sufferer and personal acquaintence read the issue and stated, “Sometimes there are writers who write about something like this and you can tell from reading it that they don’t have a clue what it’s really like, but [Humphries] really accurately captures the feel and thinking of going through a panic attack.” 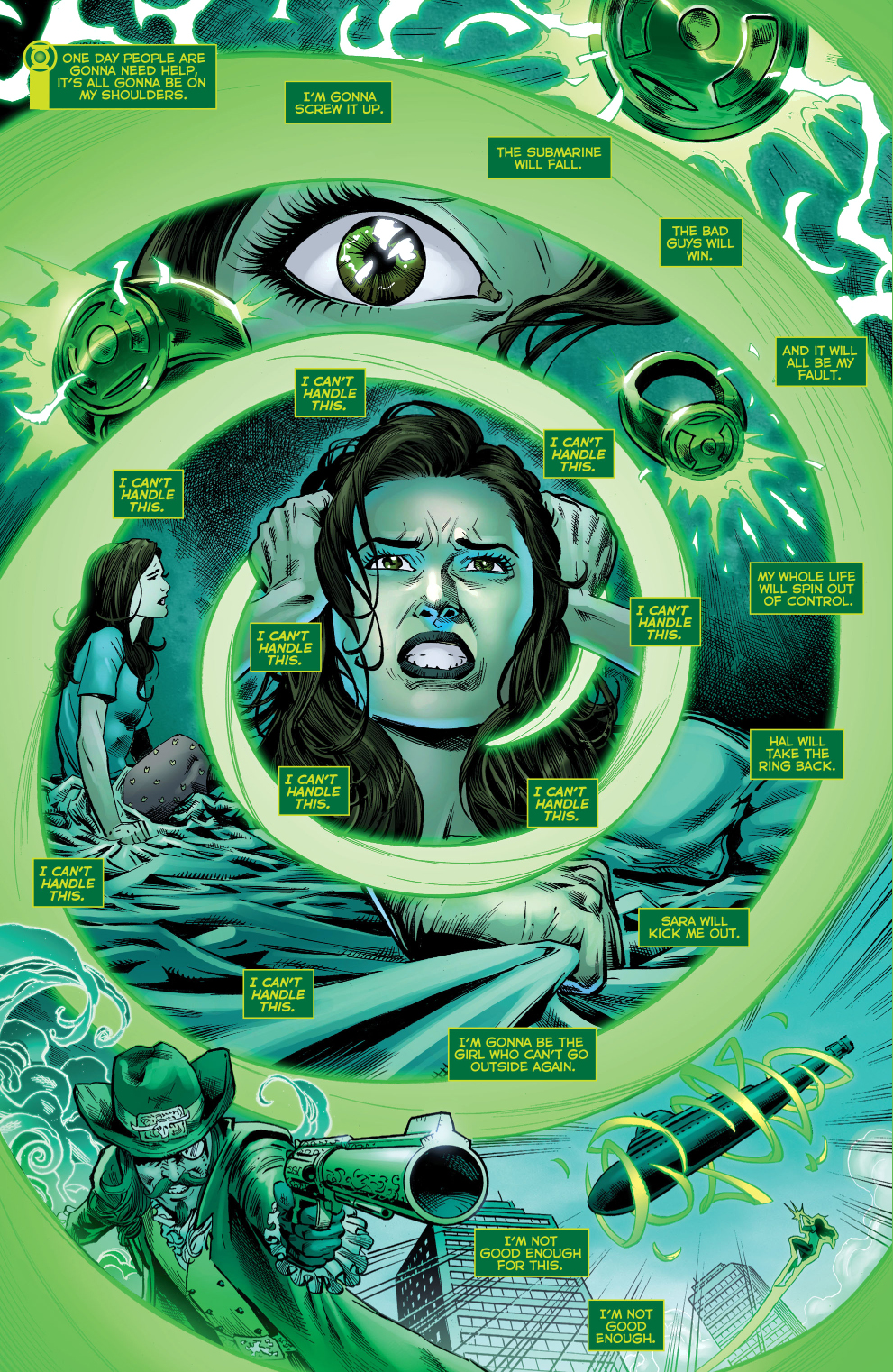 Humphries’ writing is emotional and real, as he makes Cruz a relatable character. For a superhero title that features space creatures and alien rings with powers, Green Lanterns is the most human and Cruz is a touchstone for those who suffer the same malady, a beacon showing others they’re not alone and fear is normal.

The story is greatly complimented by Mendonça’s art as he gives justice to Cruz’s facial expressions of fear, panic and melancholy.

To top off this great issue is the ending, which kicks off the upcoming team-up with Batman in issue #16.

This issue is not as shocking as the Green Arrow discovering Speedy’s drug addiction or as sad as the male Captain Marvel’s death from cancer, but it’s still quite a stellar attempt to incorporate real world aspect to the comic book world.