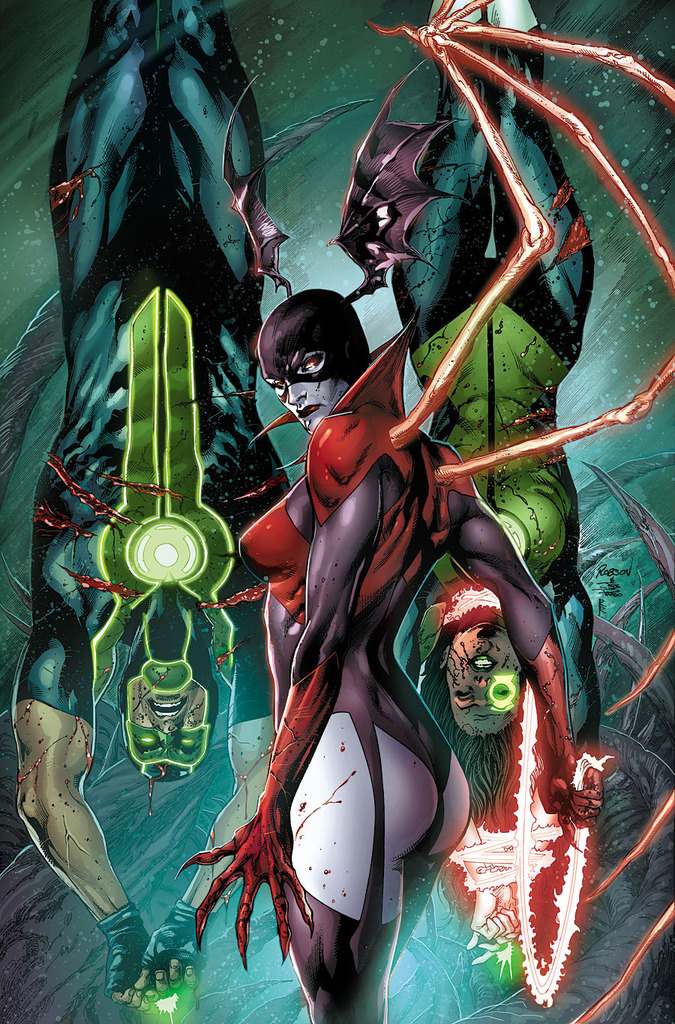 Check out Our Review [WITH SPOILERS] of Green Lanterns #2!

The cover of Green Lanterns #2 features a gorgeous image of the Red Lantern Bleez torturing Earth’s two new Green Lanterns. But just so you know, Bleez doesn’t actually appear in the issue, so ooops, DC.

But there is plenty in this new issue of Green Lanterns to hold your interest. Now, there’s nothing groundbreaking here. Simon Baz and Jessica Cruz take on a group of innocent people controlled by the Red Lanterns’ rage. It’s your typical superhero against mind-controlled victim shtick. You’ve read it a million times before, and here it is again.

What makes this issue stand out is Humphries’ portrayal of Cruz. As we established in a previous recap, Cruz suffers from severe anxiety. The simple act of going to a big box store is overcoming great fear and this mental resiliency is why the Green Lantern ring chose her. Well, Cruz went to the store and half the shoppers were possessed by uncontrollable rage monsters (how is that different than a typical Black Friday at Walmart?). Now, Cruz must find her courage to defeat these possessed innocents.

Simon Baz doesn’t get a great deal of page time this issue and I don’t think Humphries has mastered Baz’s voice as of yet. His Cruz is great, but Baz comes across like a monosyllabic dope and I think there’s more to that character. There is some fun action and interplay between Cruz and Baz but I think the writer really needs to find his voice for Baz if this book is ever going to reach its potential.

Sadly, I think there needs to be an art overhaul as well as everything looks kind of half drawn with almost featureless faces distracting the reader from the action. The pacing and storytelling are fine, but the features of the main players were barely defined in half the panels.

Green Lanterns #2 was an upgrade from #1 mostly because of the uniqueness of Cruz but the book is still lagging behind the GL revolution-era of Geoff Johns.