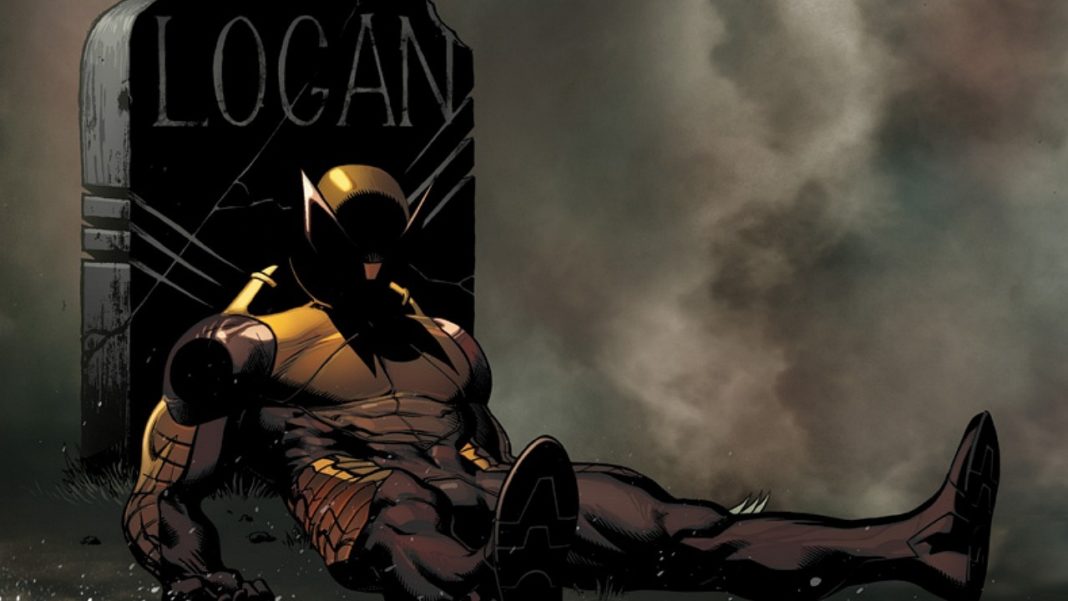 I know, I know. He’s got that crazy-ass, super-charged healing factor and a nearly invulnerable metal slathering his entire skeletal structure, so just how in the hell do you properly and definitively kill the hell out of Wolverine? Uninspired laymen, and those easily intimidated by a berserker, mutant samurai with claws that could cleave an atom in twain, might be terrified at the thought of confronting Wolverine. Honestly, if we tolerated weak and weak-minded men, we would say your hesitancy was normal, but we don’t, so we won’t. Anyway, if you overcome your paralyzing fear and apply logic to the problem, you might conclude that yes, you can actually kill Wolverine. I mean, it’s been done before, right?

1. Incinerate Him with Intense Heat! 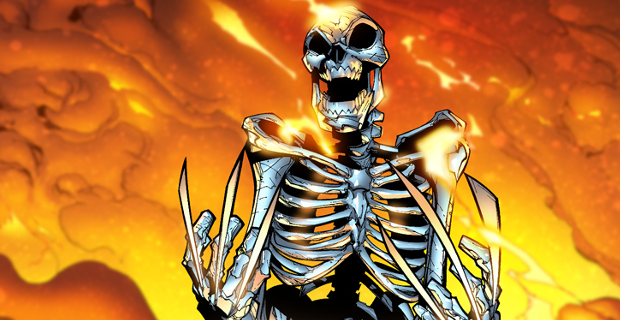 Sure, his skeleton will endure, but all that organic sausage layering and chambered by said skeleton will turn to sizzling chili in a matter of microseconds — depending on the heat’s intensity, of course. To be sure, might I suggest a low-yield nuclear weapon, or whatever the hell came screaming out of that Sentinel’s palm rendering Wolverine’s flesh-coat to crackling, molten hamburger.

“But Tiras, his spine is covered with Adamantium. How in the #### are you supposed to cut through that!??” Your question is certainly valid, but also the result of someone who doesn’t understand the general make-up of a human spinal column. It’s segmented, which allows us to bend and turn — if Wolverine’s entire spinal column was sealed, he wouldn’t be able to crouch over a freshly-killed bear and lament his lost history. So, hack the hell out of the space between segments and don’t stop until you have yourself a fang-filled, skull-shaped candle holder!

3. Instigate and Maintain a Perpetual State of Drowning! 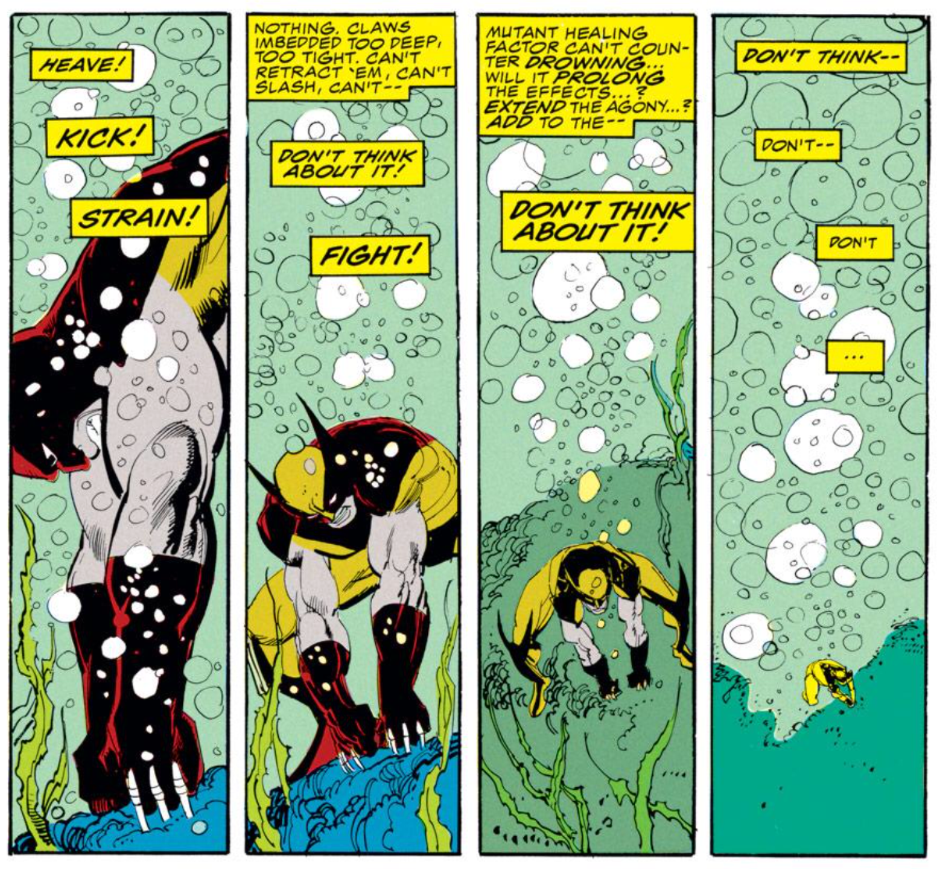 He needs to breathe. Lure him underwater, lash him to an abandoned pirate ship and watch him writhe and spasm until his final breaths (and bubble-filled curses) cease…until he comes back to life, and spouts more colorful, equally bubble-filled curses. Yep, as he remians underwater, he’ll maintain a never-ending, always entertaining cycle of death with more hilarious rounds of expletives delivered exclusively to starfish and seahorses!

4. Phase Something Solid into His Brain!

You’re going to need a little help with this. After angering him to the point of blind rage with an effective taunt regarding his height or excessively hairy forearms, call upon your good friend Shadowcat. If he’s truly lost in a berserker-state, he’s not going to stop until everyone within sighing distance is shredded to something resembling corn husks. So, run to a predetermined location and let a drooling, raving Wolverine — with a severe lack of humanizing pupils — get within a few inches of you, which should allow Shadowcat to do…THIS!

Yeah, it’ll cost her, but with a hand forever penetrating Logan’s brain-pan, the once unstoppable, weaponized warrior will be reduced to a whimpering, human-shaped oatmeal dispenser that distributes mushy breakfast liquid through a mostly melted and finger-filled mouth. Eeeewwwwww.

Firstly, kidnap Leech, the power-stealing mutant; this shouldn’t be too hard, considering he’s like, 4’11”, and has just enough physical strength to push a straw through a juice box. So, with Leech in hand, lob him in Wolverine’s general direction and then give it a few minutes. When Wolverine starts to wobble… 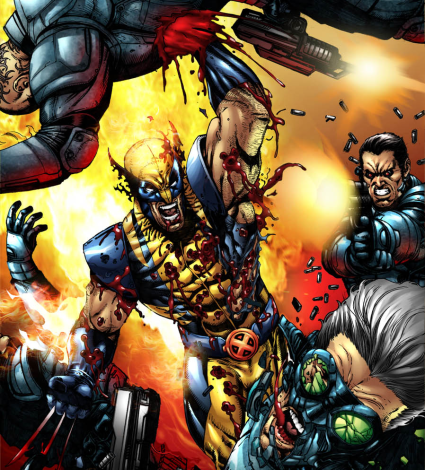 Bring like, 75 full clips and strap them on a dozen bandoleers wrapping and crisscrossing uncomfortably around your body. Just keep replacing those clips, and keep squeezing that trigger until his flesh is rendered to a pulpy dress torn from his torso and piled in steaming mounds around his ankles. Eeeewwwwww x 2!

7. Drive Something Through His Eye and Directly Into His Brain!

Not sure why Lady Deathstrike hasn’t taken ownership of this move….

Anyway, his eyes are relatively soft, and lead DIRECTLY TO HIS BRAIN without any sort of Adamantium-covered impediments. Hell, you could drive an especially long LEGO block through his peepers and effectively ruin his ability to produce full sentences, or remember the cutesy names of his toes granted by an especially patient care giver.

8. Cover Him in Adamantium! 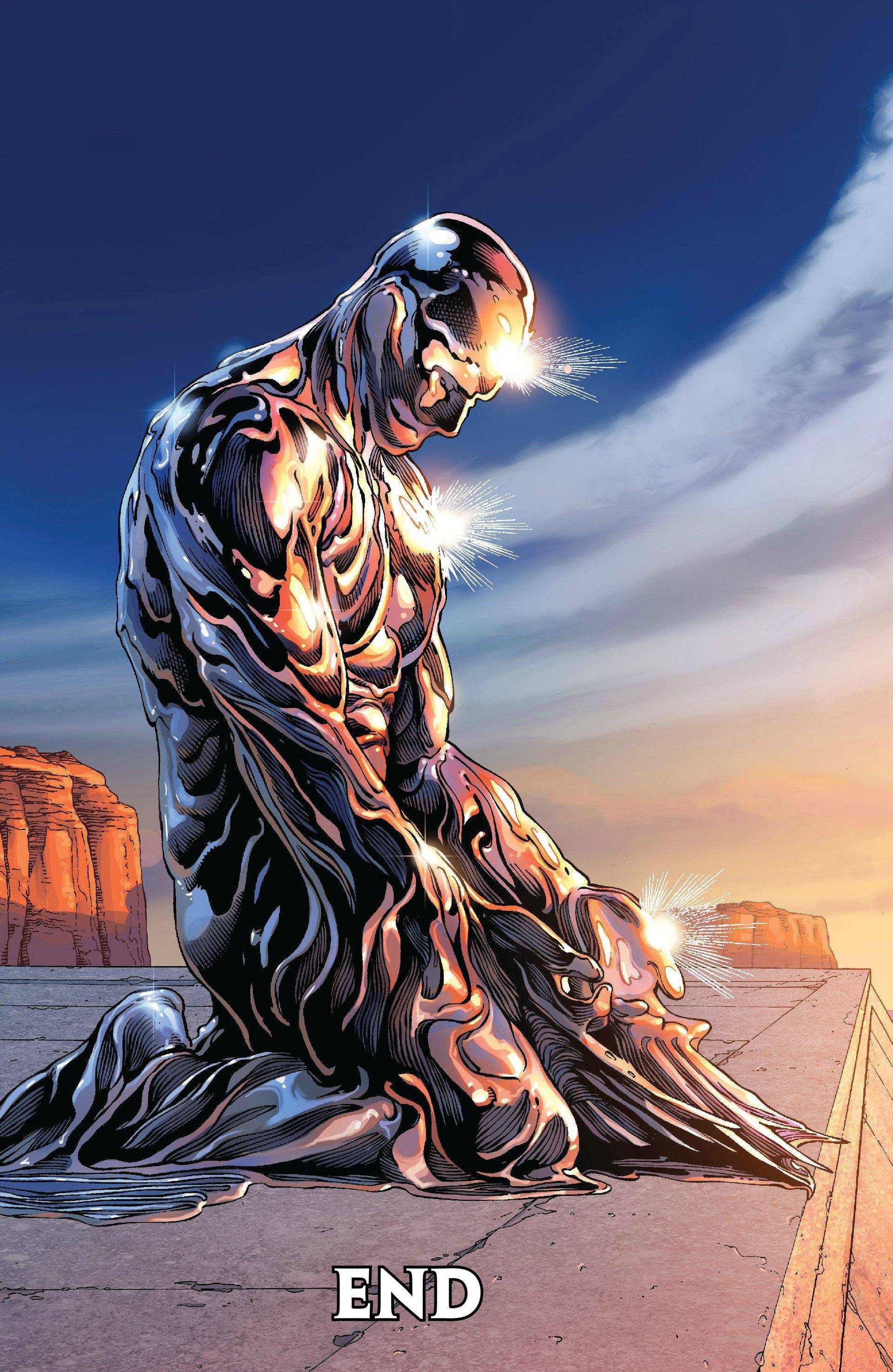 In the “Death of Wolverine” story arc, a healing factor-free Wolverine attempts to stop Weapon X progenitor Doctor Abraham Cornelius from condemning three unwilling subjects to the Adamantium bonding process. Wolverine successfully destroys the equipment and stymies the transference of Adamantium into these poor, Weapon X potentials, but not before the Adamantium-filled container pours its contents on an already overwrought Wolverine. The result? The impervious liquid filling Wolverine’s entire body hardens, and suffocates and petrifies the legendary, never overly loquacious Logan.

So, I came up with 8 ways to properly kill the hell out of Wolverine, and asked you to contribute. You did. Here’s what I found to be the most effective/hilarious/insulting (and yes, these are direct quotes).

9.- whenever we grow tired of this and move on to plotting the theoretical death of another mostly invulnerable comic book character.

9. Asa Griffith– “Throw him into space!”

10. Matt Amerling- “This is the only way I need (from The Punisher Kills the Marvel
Universe)”: 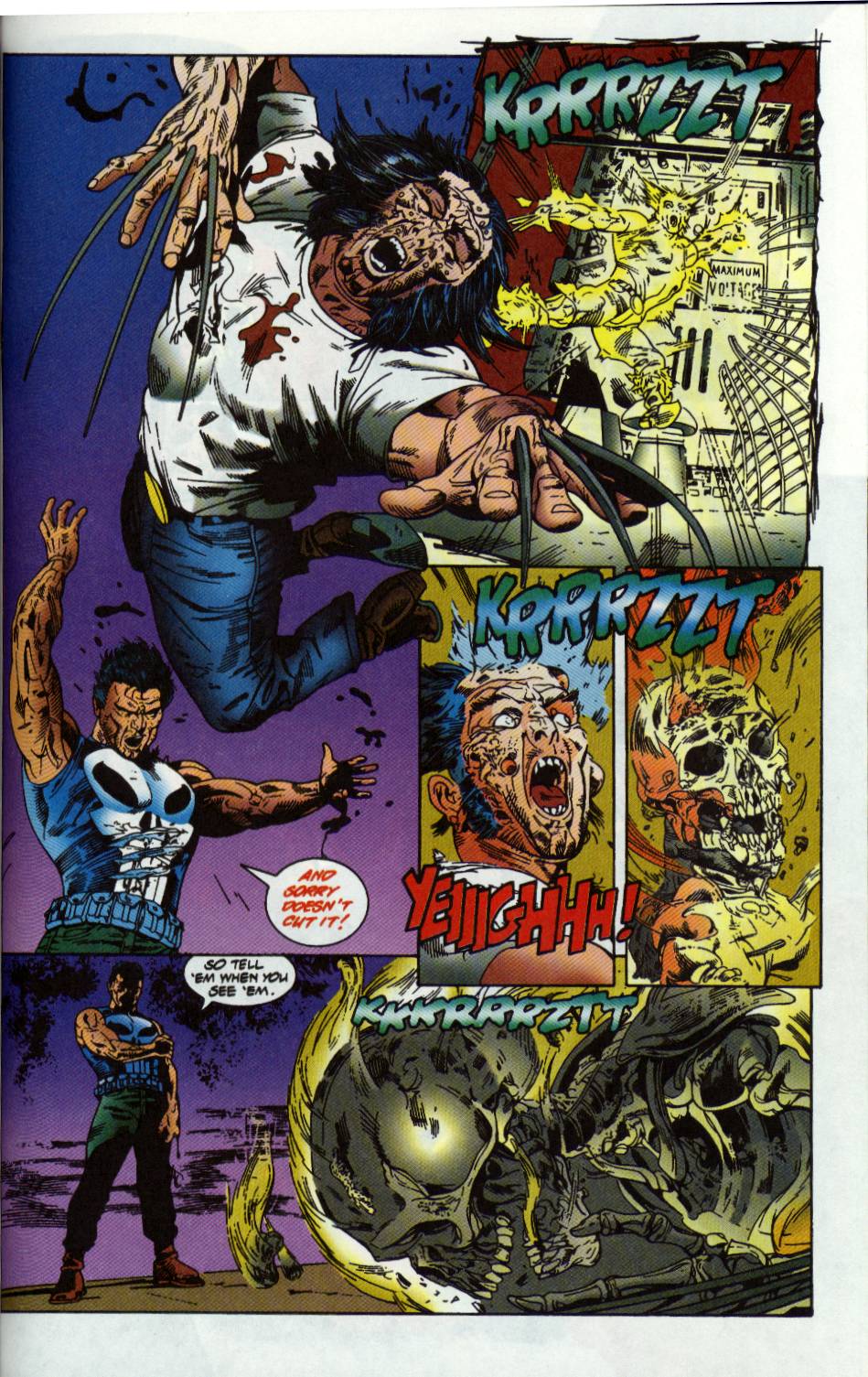 11. Doug Mac- “Could you dissolve him in acid? I’m not sure if there’s an acid that would penetrate adamantium but it should be worth a shot.”

13. John Bowers- “Blow him up, stick his head in a blender and mail the rest of the pieces to Norway.”

15. Christopher Nolan Thomas Havill- “Lava Toss him into a volcano.”

18. Sean Vanderklip- “One optic blast from cyclops takes care of him.”

20. Ronnie Hawkins- “Sell him (the comic rights) to Fox!” To which Cheston Beyer replied, “BWAHAHAHAHAHAHAHA! Nice.”