Home COMICS Biographies Hush and Flashpoint: What You Should Know About The Dark Multiverse 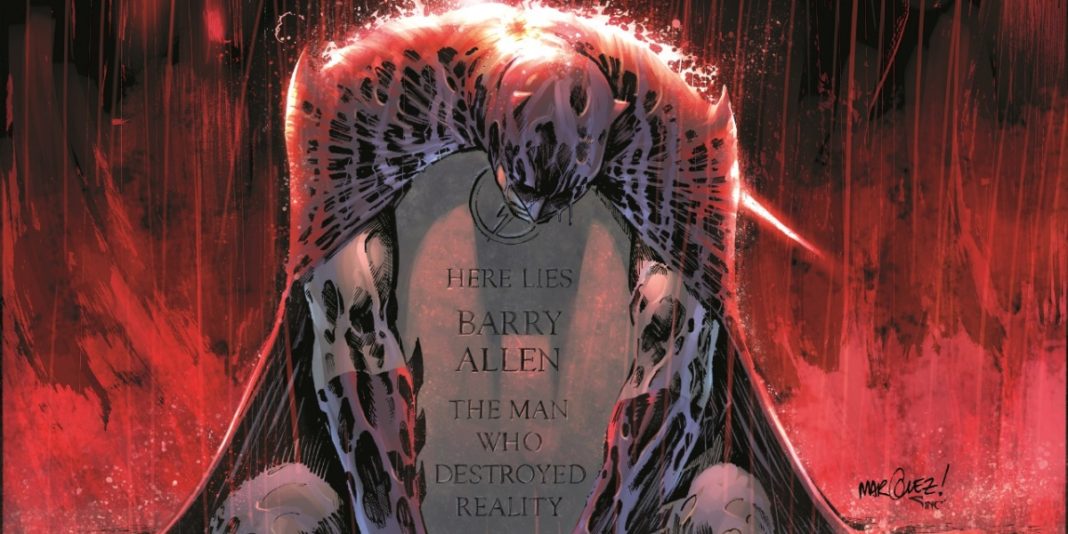 With the announcement of DC Comics’ two new one-shots from Tales From The Dark Multiverse, we’re excited to see just how the creators will put a dark twist into the stories of Batman: Hush and Flashpoint.

The series has been doing well so far as it shows readers twisted alternate versions of classic DC arcs. Past titles in the lineup that ran from October-December 2019 gave us reimaginings of Batman: Knightfall, The Death of Superman, Blackest Night, Infinite Crisis, and New Teen Titans: The Judas Contract. These darker tales gave us a taste of what it would be like if, say, Azrael ruled Gotham City instead of Batman, or if Terra murdered Deathstroke in The Judas Contract.

It even went so far as to show us a what-if scenario of Lois becoming the Eradicator upon Superman’s death at the hands of Doomsday, as she took extreme measures to improve the world by killing off Lex Luthor. It also explored what it would be like if Ted Kord’s death at the hands of Maxwell Lord weren’t the catalyst that set the whole point of Infinite Crisis in motion, and what would happen if Kord took control of Brother Eye instead.

All these stories showed us how our so-called heroes would act if things took a wrong turn, and it’s interesting to see how these dark twists will be applied to Batman: Hush and Flashpoint. In the former, the Dark Knight went through a rich plethora of challenges and colorful villains (thank you, Jeph Loeb and Jim Lee) as orchestrated by his childhood friend Tommy Elliot a.k.a. the titular Hush. The series originally ran in Batman #608-619 from 2002 to 2003. In the upcoming Dark Multiverse twist, Tommy Elliot supposedly ends up as the Dark Prince of Gotham City, and Bruce Wayne isn’t the Batman we all know and love today. What could possibly go wrong?

In Flashpoint, the original arc by writer Geoff Johns and artist Andy Kubert was responsible for setting off the key events that launched the New 52. Because Barry Allen decided to go back in time to save his mother from being murdered, he set off a chain reaction of events that inevitably destroyed the world. Themyscira and Atlantis were at war, and Thomas Wayne, Bruce Wayne’s father, was the one who donned the cape and cowl and paraded around Gotham at night as the Batman. The limited series eventually ended with Flash being able to make things right again, but in the Dark Multiverse twist, he never gets the chance to rectify his mistake – and things go horribly wrong.

Phillip Kennedy Johnson and Dexter Soy will be bringing us Tales from the Dark Multiverse: Batman: Hush #1 on the 3rd of November, while Bryan Hitch will be following up with Tales from the Dark Multiverse: Flashpoint #1 on the 17th. I, for one, can’t wait to see what happens in the edgier and inevitably doomed world the writers have in store for us! What about you guys?