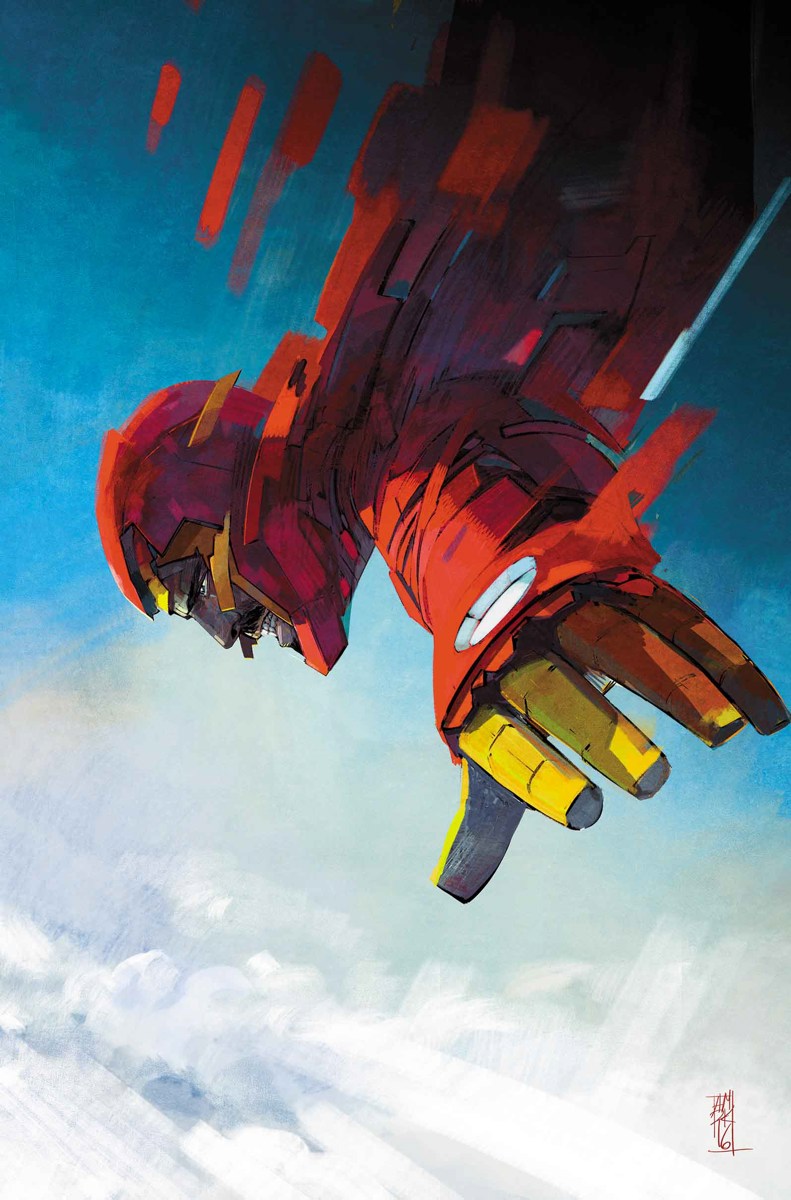 When writer Brian Michael Bendis revealed that Howard and Maria Stark were not the biological parents of Tony Stark – continuing an almost forgotten narrative initiated by Kieron Gillen in Iron Man Vol. 5 #17 – let’s just say I was still very skeptical. No, that’s not right, I was downright dismissive. The whole thing seemed like a silly idea, an extra layer to Iron Man’s origin, an origin that was already pretty much perfect.

Well. Allow me to say, damn, was I wrong. For real, International Iron Man #7 might very well be the most gripping, shocking, and most well-told superhero comic that I’ve read in quite some time. This issue is Bendis at his finest and somehow, this issue makes Iron Man an even more fascinating character, and his back story is that much richer for the telling.

This issue presents the story of Amanda Armstrong and a SHIELD agent named Jude, Tony Stark’s true parents. In Amanda, Bendis has introduced one of the most fascinating, multi-layered characters that has been introduced in the pages of Iron Man in many, many years. She’s a musician in the vein of early 80s female punk acts like The Slits or the Runaways and her personality leaps off the page and into a reader’s heart. Tony’s father is an ultra-cool and slick SHIELD agent that is as romantic as he is mysterious. One can see lots of Amanda and Jude’s DNA in Tony as in this issue they take their rightful place in Marvel history.

For real, I could read monthly adventures of Armstrong and Jude written by Bendis and drawn by Maleev and I would be very happy. But that’s not to be because by the end of International Iron Man #7, the story of Tony Stark’s true parents takes a tragic twist. There’s a reason the pair had to give up Tony and when it is revealed, I was left stunned, shaken, saddened, and ultimately inspired by the bravery of one Amanda Armstrong. You see, Jude has a secret, and when Bendis turns over that card, this issue goes from excellent to truly unforgettable.

We also get to see how Howard and Maria Stark end up with baby Tony and everything just feels so damn important, well thought out, and perfectly executed. This is mostly in part to the almost photorealistic gravitas that Alex Maleev infuses in his characters.

For a comic that I poo-pooed, International Iron Man #7 stands as close to perfect as superhero comics get these days.