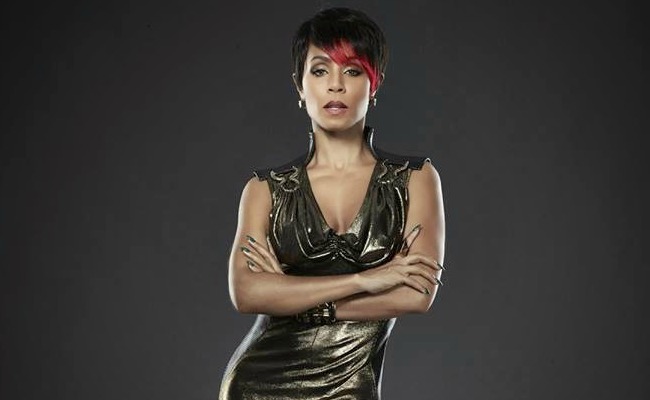 I just knew there was something fishy about how Fish fell off a building and swam with the fishes. She’s certainly a fish out of water now (horrible fish puns), as Gotham confirms Jada Pinkett Smith is reprising her role as the femme fatale mob boss with nails that just won’t quit. Fish Mooney was last seen getting shoved off a ledge by none other than Penguin (penguins eat fish, don’t they?), and it was unclear whether or not the villainess survived the fall into deep, dark waters below. Thankfully, she’s coming back for multiple episodes for the upcoming season, which leads us to believe Cobblepot will be in a lot of trouble for screaming, “I’m the king of Gotham” at the top of his lungs right after his momentous push.

Still, we’re not quite sure if Fish will return as a survivor, or if her recurring episodes will be flashbacks (or if she’ll be a visiting ghost from another dimension—you never know these days). According to showrunner Bruno Heller, “I would definitely not assume anything in a town like Gotham. It’s very unpredictable, the comic book world.”

One thing’s for sure, though—she’s coming back, and I can’t be more excited. Here’s why the Gotham original character kicks so much ass:

She may be small in stature but she never let her size or her gender stop her from getting what she wants. You don’t become one of the biggest crime lords in Gotham overnight, and you can’t hatch a plan to overthrow Carmine Falcone if you don’t have any balls (metaphorically speaking). There’s a reason why Butch and all of her lackeys are loyally devoted to her—they know she’s the real deal.

Betrayed by Oswald Cobblepot? Big deal. Caught by Falcone with her hand in the cookie jar? No sweat. Captured, stripped of all power and resources, and trapped in a cell for her organs to be harvested? No biggie. Just when you think there’s simply no possible way out, Fish uses her wit and charm to not only escape her dire situation, but to climb her way back to the top. That’s exactly what she did when she outsmarted everyone in the Dollmaker’s facility.

Sure, she’s a no good mobster, but she has a code, and she’s immensely loyal. She believes in quid pro quo (just like in her weird relationship with Bullock), and she’s got a very protective maternal instinct for her “family” and those who help her out. Her motto is to never let anyone see her sweat, and that mantra has gotten her through all the challenges in her life. She can be a pretty nifty ally—just don’t call her “babes” if you don’t want to get shot in the head (RIP, Maroni).

Like I said, Fish will do anything to get what she wants—and I mean anything. And if she can jam a spoon in her eye without batting an eyelash, then what other villainous deeds can she be capable of? Come to think of it, Jada Pinkett Smith also had an extreme way of getting the part during her audition, where she walked in while dragging along a man on a leash. The clincher? She had scribbled the word “liar” on the man’s forehead in bold lipstick. How could she not get the part? She embodied everything Fish Mooney stood for. Who could blame the show for wanting her back? Whether it’s an Indian Hill resurrection or a blast from the past, the indomitable Fish Mooney is more than welcome to do her thing when the show returns on February 29th. Just another day in Gotham!