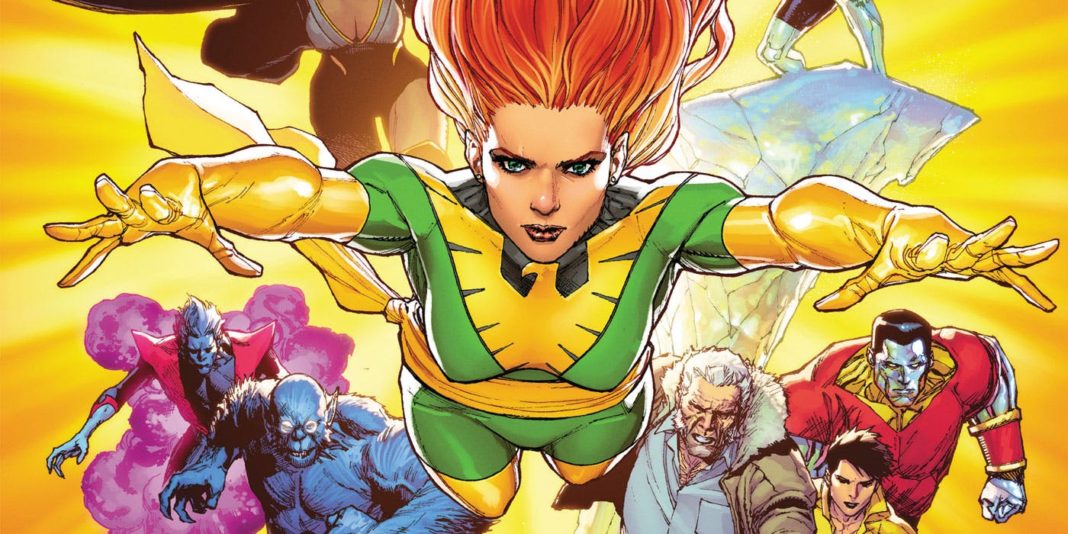 If you asked an X-Men fan what the best storyline was, chances are many would say The Dark Phoenix Saga. It was a great storyline where Jean Grey was possessed and driven mad with power by the Phoenix Force. It ended on a sad note with Jean sacrificing herself to make sure she never hurt anyone again.

For a while, that was that — Jean Grey was dead and the X-Men moved on. However, Jean would eventually come back to life, and if you thought that was the end of it…you’d be wrong! Jean would die and come back multiple times, becoming a walking punchline for “superheroes never stay dead” jokes! With her re-re-return in Phoenix Resurrection, I feel I have to ask the million-dollar question: Does anyone care? 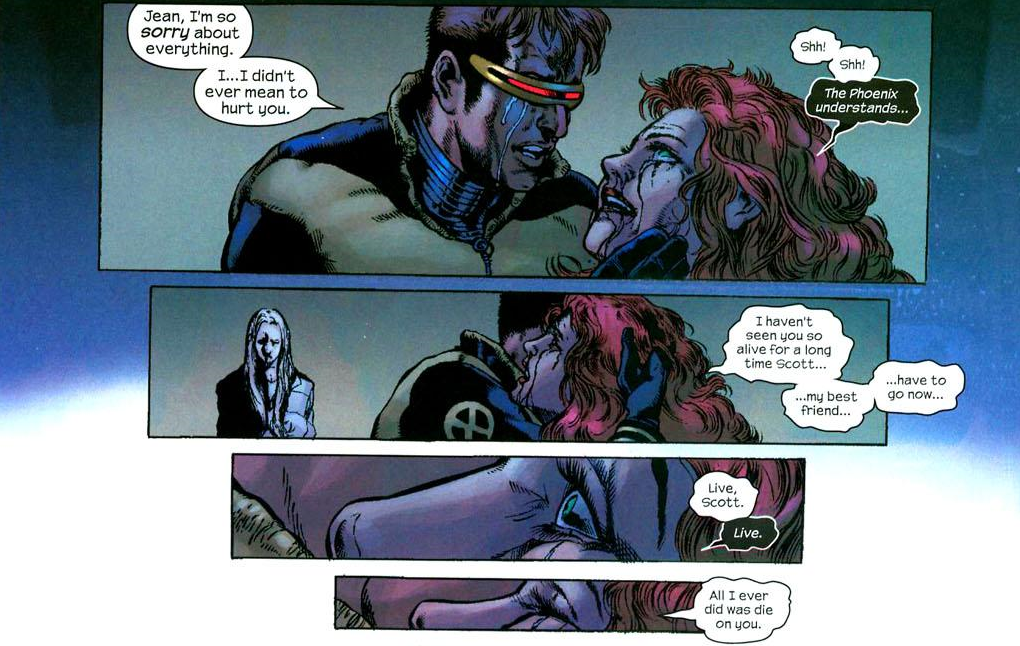 Let’s be honest: Jean has died and come back so many times that her recent rebirth feels meaningless. The fact that this has been done so many times means we’re dealing with the “readjusting to life after being dead” story again.

Although the revival was nothing new, I was hoping her return might actually do some good. Unfortunately, Phoenix Resurrection did not make a great first impression. Now don’t get me wrong, the storyline wasn’t the worst or anything, but it wasn’t as good as it needed to be.

While there were some stand-out moments, Jean Grey’s return was shaky at best. Ultimately, it felt like it only happened so Jean could join another X-Men team in the new X-Men Red comic. I’m worried that Phoenix Resurrection’s lackluster jumping on point will make fans less than enthusiastic about Jean’s return.

Also, it feels like the void Jean left was filled long before she came back again. Cyclops had already moved on with Emma Frost, and the X-Men even named a school after her. Let’s also not forget that there’s been another Jean Grey running around for a while. Whether you love or hate the time-displaced Jean from All-New X-Men and X-Men Blue, she was filling the original’s spot. So, ‘Jean Grey Prime’s return just felt unnecessary. 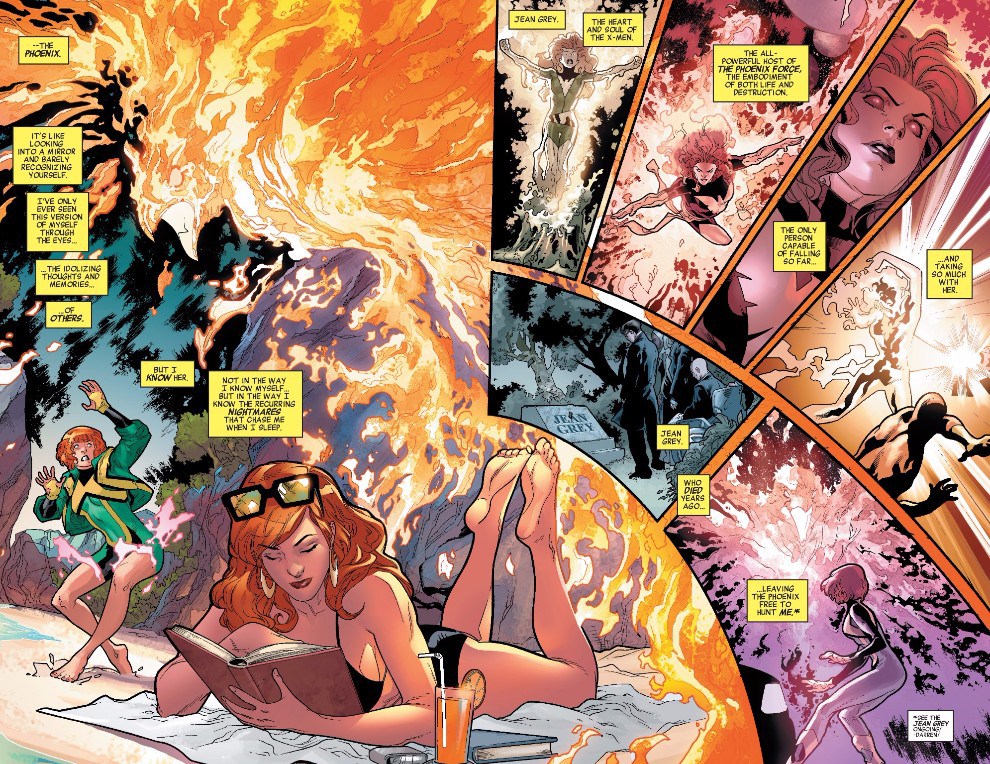 But there’s one glaring detail that gets overlooked a lot. Let me ask you this, dear readers: What do you know of Jean Grey that’s not about the Phoenix? When you remove anything related to Jean’s possession by an alien force, her corruption, and then her death, is there anything interesting about her at all? Honestly, I can’t say there is.

Jean’s not a bad character, but without the Phoenix Force she doesn’t stand out! It’s ironic since Jean is a founding member of the X-Men and part of some of their best stories. Strangely, Jean Grey is just kind of a boring character on without the constant death and calamity.

Regardless, Jean Grey has risen from the dead once again. Should we care? Well, knowing Jean’s long history of death and rebirth, it’s certainly a hard thing to do. Nothing about this book feels new or exciting; it just feels like a drop in an already full bucket.

It’s not impossible that the future may hold something really special for Jean Grey, but in this case, I’ll believe it when I see it. Hopefully, this time things will be different, but I’m not going to be shocked if Jean ends up going through all of this again!

What do you think of Jean Grey’s return? Are you for it or against it? Let me know in the comments below!