Home COMICS A Joker Origin Movie Is a Bad Idea! 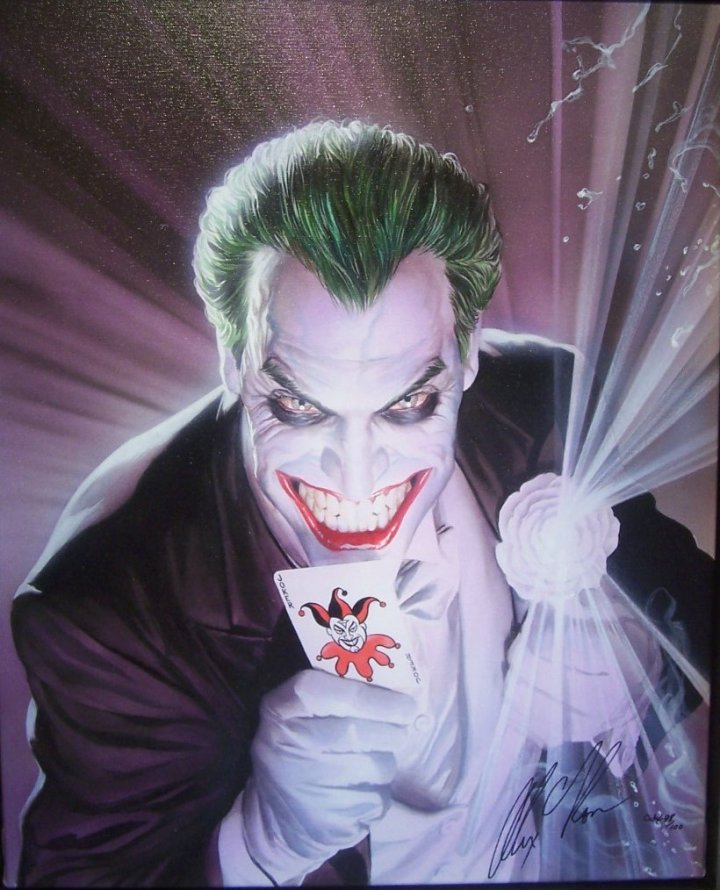 It was announced a few weeks ago that director Martin Scorsese may be involved in bringing an origin story of legendary Batman villain, the Joker, to the big screen. With talks involving The Hangover director Todd Phillips, 8 Mile & The Fighter writer Scott Silver, and actor Leonardo DiCaprio in the titular role, the internet and the comic book community have gone crazy over this potential film.

According to our friends at Cinemablend.com, the film would be set in New York in the 1980s, focusing on a young man who was born with a permanent grin, causing him to be the target of constant bullying. Now, because of the character’s popularity, of course audiences would go out in droves to see this origin film — especially if Scorsese is involved. But that doesn’t mean it’s a film that will do the character or the DC Comics cinematic universe any favors or, for that matter, be any good.

So, what is established as the Joker’s origin? When the Joker first appeared, it was out of nowhere. He debuted in Batman #1 (April 1940) as a serial killer who used his “Joker venom” to leave a permanent grin upon his victims. Since then, he has been the Moriarty to Batman’s Sherlock Holmes.

The first iteration of an origin story came in Detective Comics #168 (1951), entitled “The Man Behind the Red Hood.” Written by Batman co-creator Bill Finger, the Joker was a former criminal known as the Red Hood who fell into a vat of chemicals, thus altering his appearance and mind into the Joker. This origin is what Hollywood and most comic book stories have used whenever any mention of Joker’s origin comes up.

But let it be known that there is no exploration or explanation of why he is a criminal in the first place or what makes him become the deadly Joker. To me, the origin of the Joker was written in the 1988 graphic novel The Killing Joke, loosely based on Detective Comics #168.

Written by Alan Moore, The Killing Joke shows the Joker as an everyday schlub who is a failed stand-up comedian. In order to make money to provide for his loving, supportive, pregnant wife their forthcoming child, the man agrees to help break into the chemical company he used to work for so he can guide two criminals next door to rob a playing card company.

When Batman shows up to stop the heist, the man — donning a red hood — jumps into a vat of chemicals to escape and then unmasks to find he has physically changed, leading to his role as the Joker. However, it’s important to remember that this origin is only a possibility, and maybe the Joker is lying about it as he states, “I’m not exactly sure what it was. Sometimes I remember it one way, sometimes another … If I’m going to have a past, I prefer it be multiple choice.” Thus, through this explanation (and it is in DC’s main continuity), the Joker’s origin is left truly ambiguous. And that’s what I think is so spectacular about it — that ambiguity is what I consider the Joker’s true origin.

The Joker’s origin shouldn’t be some established event. He represents the most evil, conniving killers in existence, and to establish a set origin almost eradicates that representation. It shatters any menace his character is supposed to invoke or represent, as well as declawing one of comics’ — and literature’s — most ruthless, twisted killers.

The most popular — and well-received — Batman film to date, as well as the best general comic book adaptation, is Christopher Nolan‘s 2008 film, The Dark Knight. Neither in this film or its predecessor, Batman Begins, was there any set origin of the Joker. Although, taking a cue from Moore’s Killing Joke origin ambiguity, Heath Ledger‘s Joker continuously tells people various stories as to how he got his infamous smile-shaped scar. This proves that a film doesn’t have to show an origin to be great or successful. The Joker is meant to be a scary, unpredictable killer — not knowing who he is, where he comes from, how he was made, or what he’ll do is what makes him such a terrifying character and a worthy, formidable opponent for Batman.

His scariness, like that of a truly great horror film, comes from mystery and unpredictability — the unknown. So, if there is a set origin saying he was bullied and/or abused and that’s why he turned to crime and/or is a killer, the Joker would fall into this niche of profiling that any other villain or Batman rogue fits. And that makes him boring. What makes Joker so spectacular a villain, what makes him stand out, is that he has no profile, no background. He just is. As stated in The Dark Knight, he “just wants to watch the world burn.” And that is truly scary. That is truly evil.

If Scorsese, Phillips, and Silver want to do some origin set in a realistic, gritty world, there is a bevy of interesting Batman rogues with tragic backstories that could be filmed. But they wouldn’t sell as many movie tickets as a Joker film. And, really, that’s what this all comes down to: money. Producing something guaranteed to put butts in seats and, therefore, result in a big payoff for a major movie studio.

The proposed story for this origin film already does what DC has not done yet nor should do, but what contemporary Marvel Comics movies continue to do: take comic book stories and completely change them, save very basic aspects. Case in point, Marvel’s Logan, which was praised by audiences and critics alike — even though it was nothing like its comic book counterpart, Old Man Logan, and had plot holes from past Wolverine films. The only similar aspects in the film comparable to the comic are that Logan is old, and he killed off the X-Men (although it’s not explained how). The similarities end there.

To take a property like the Joker and/or Batman and drastically change the origin, which is what Scorsese and Phillips sound like they’re going to do, would be doing a great disservice to material that fans have grown to love and respect for many years! In the long run, the question isn’t whether a Joker origin movie could be made. The question is should a Joker origin movie be made. With Moore’s Killing Joke and Nolan’s Dark Knight already out there, there is no good, justifiable reason.

So, what do you think? Is a Joker origin film a good idea or not? Comment below!