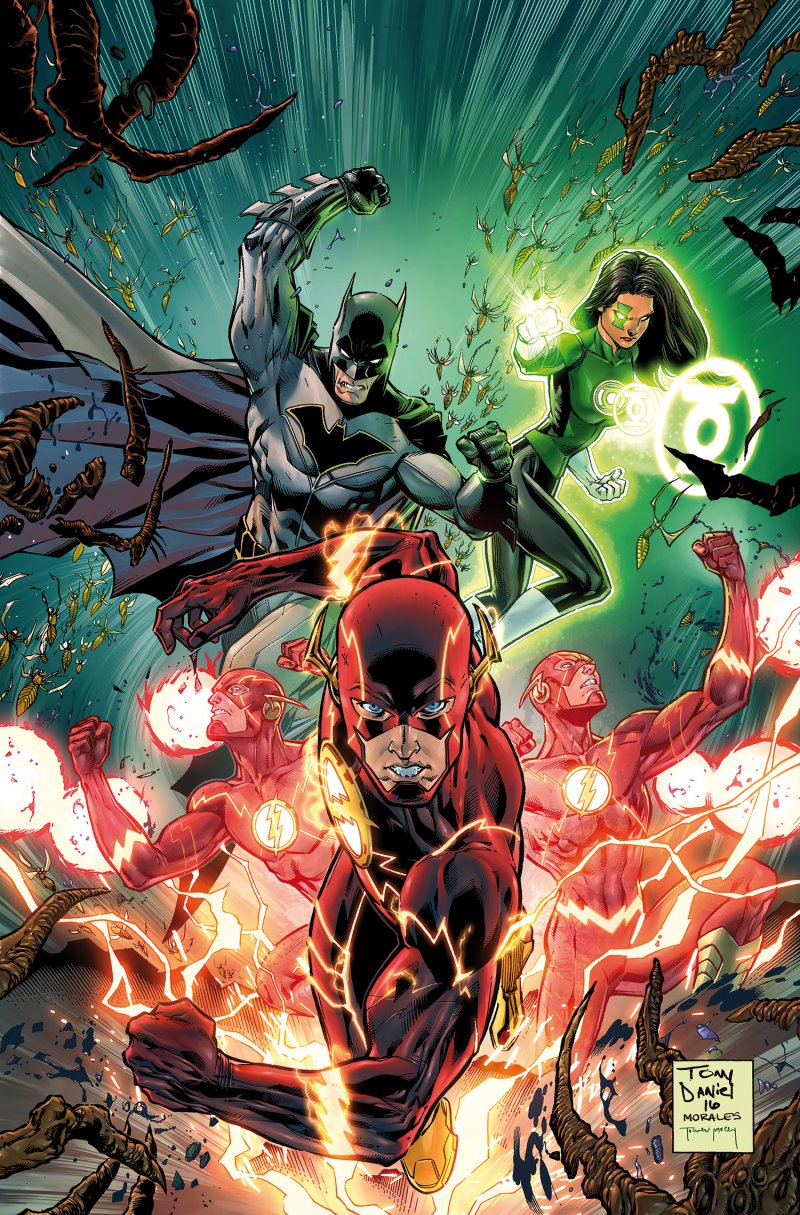 Check out Our Review [WITH SPOILERS] of Justice League #2!

Justice League comics are always hard nuts to crack for a creator. One has to create a threat big enough to justify needing so many A-list heroes, and there have to be moments of exposition and characterization in addition to giving page time to the big bad. Sometimes, a League story gets too heavy and some essential element of storytelling is lost in the Sturm und Drang of traditional Justice League bombast.

That’s exactly what happens in Justice League #2. Writer Bryan Hitch has his Leaguers talk about the latest threat, a mind-controlling alien virus that can possess humans -or something – but really, that’s all that happens. There’s a lot of hand wringing and heroes telling the reader things are dire, but there’s not a lot of showing. That’s the problems that can occur when the threat of a comic story is not a relatable, sentient being; it casts the Justice League into the role of white blood cells – essential for survival but in no way dramatically interesting.

This comic isn’t overall dire or anything, it’s just dull with the Justice League smashing alien looking vessels while talking about how to smash more alien looking vessels. Aquaman is in Atlantis with some alien rocks that sing or something while more and more people are being turned into mindless drones. Hey, if this was an allegory for the Republican National Convention, Hitch would have something – but it’s not and he doesn’t.

Hitch does have the voices of his characters down as he proved in his excellent Rao arc of the previous Justice League series. He especially nails Green Lantern Jessica Cruz adding some quality moments to the otherwise, ‘like watching paint dry’ issue. I also almost liked the last few pages where Batman goes to recruit Superman into the fight, but the whole thing kind of descended into a Batman V Superman: Dawn of Justice riff and I don’t think that sort of mistrust has any place in the lighter and airier Rebirth Universe.

Hitch can do better, Hitch has done better and hopefully soon he’ll give the always excellent artist Tony Daniel something worthy of the name Justice League. Hey man, this is just the middle of a storyline, I acknowledge that, but as individual chapters to a larger story go, this one was a snoozer.