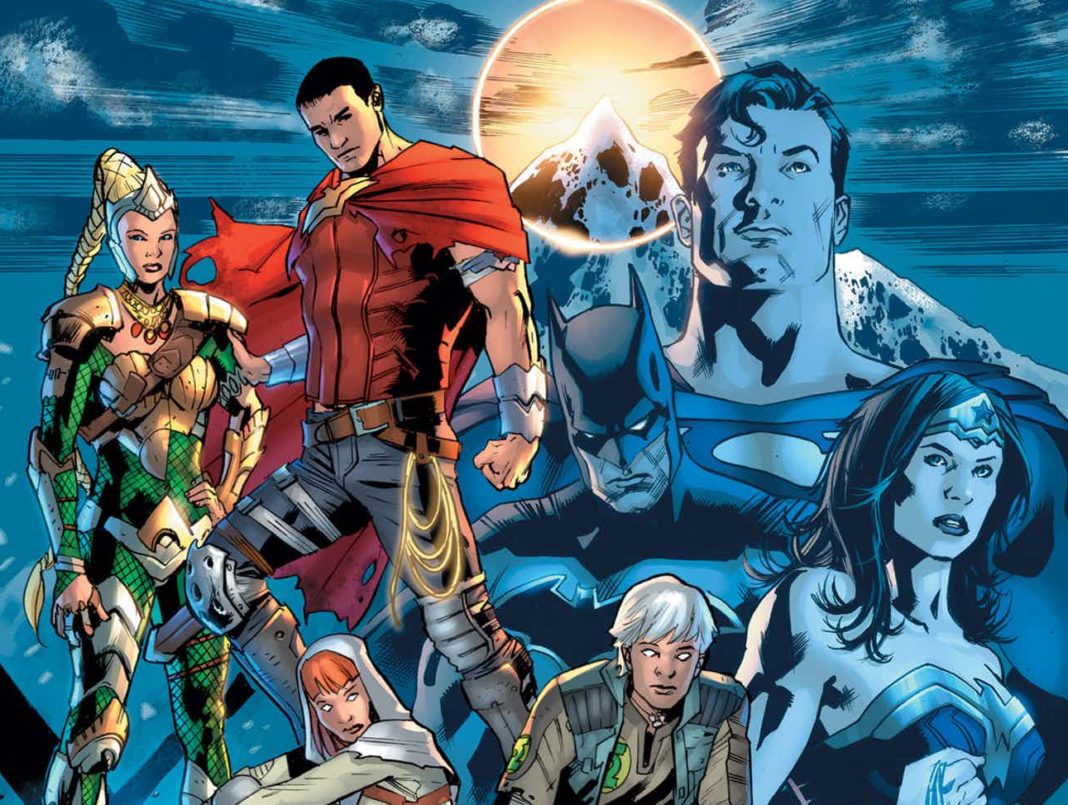 Last week, DC released Justice League #26, the newest issue of their highly successful Justice League series. The official synopsis for the issue written by Bryan Hitch and drawn by Fernando Pasarin is this:

“A group of heroes from a post-apocalyptic future escape into the past to stop their world from coming to be. But to do it they’re going to need the help of the Justice League—who just happen to be these time travelers’ parents!”

Sound familiar? It should. It is almost the exact plot to the 2008 animated feature Next Avengers: Heroes of Tomorrow.

In this animated film released by Lionsgate (before Disney snatched up Marvel), the future children of the Avengers live in a dystopian future, where Earth’s Mightiest Heroes were killed at the hands of Ultron. Now, the surviving children team up with a future Iron Man and Hulk to defeat Ultron. It is an ‘OK’ movie and really for children, but it is cheap entertainment.

Aside from the time travel aspect, the latest issue of Justice League is practically the same story:

In 2010, The Next Avengers made an appearance in the “Heroic Age” relaunch of The Avengers by Brian Michael Bendis and John Romita Jr. I highly recommend picking it up, by the way.

The story has solid artwork from Romita Jr and great writing by Bendis. In that story, the current Avengers time travel to the future to stop a horrible future from happening involving the Next Avengers, kind of like the newest issue of Justice League.

How does DC let something like this happen? I get there are only so many comic book stories to tell, but to blatantly steal something from your direct competition is ridiculous! Was the editor asleep at the wheel? Did someone ‘Inception‘ this story into Hitch’s brain? We need explanations!

Throughout comic book history, DC, Marvel, and Image have all borrowed ideas from each other. Challengers of the Unknown inspired The Fantastic Four, Deathstroke was a heavy influence on Deadpool, and Young Bloods was inspired by The Teen Titans. But at least those were different enough to stand on their own. And they told different stories, not the same exact story with the names changed!

I hate to assume the worst. I don’t want to think it was done on purpose and Hitch hoped it passed through unnoticed, but DC has some explaining to do.