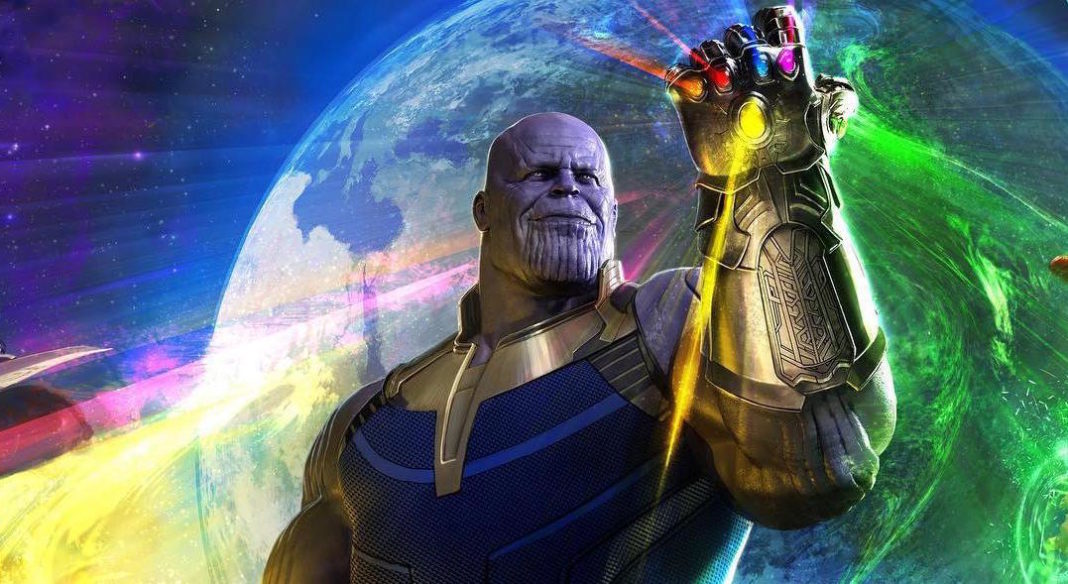 Now that all the hype from this year’s D23 and the SDCC has died down — and after all the leaked footage has been removed by the Marvel masterminds of the Interwebz — it’s time to calm ourselves and get to know actor Josh Brolin’s Thanos, “The Mad Titan”. Exactly who is this “Avatar of Death” that will make life hell for Earth’s heroes during Avengers: Infinity War? Check out the five most dastardly and evil Thanos moments right here!

In Avengers Annual #7, Thanos goes on a mad rampage that kills Gamora and Adam Warlock. And to prove that he’s a big ol’ backstabbing pr*ck, Thanos first feigns an alliance with Warlock by helping him defeat Magus, Adam’s dark side. But the truth of the matter is that Thanos only does so because he’s got his eyes set on the mythical Soul Gem that Adam has, so after Thanos gathers the other soul gems, he takes Adam down, just because HE CAN.

In probably the most dysfunctional of all dysfunctional families, Thanos is an Eternal (which is a race of alien-created humans that are genetically altered), but his childhood is so twisted that it’s no wonder he ended up as mad as he is.

Thanos was born of two Eternals, and as a baby, his appearance was so horrendous that even his own mother tried to straight-up murder him the moment he came out of the womb. Thanos was shunned by society as his brother Eros was slowly being groomed to take the place of leader of Titan. To top it off, his own father exiled him—it’s no wonder that he ended up nuking the moon and wiping out an entire civilization. Oh, and he also kidnapped Sui-San, his mom, and he went on to brutally dissect and kill her. Yep. Just your average, run-of-the-mill family.

And speaking of horrible families, Thanos himself actually procreated and had some offspring. Of course, Gamora was raised by Thanos and he killed her in the comics, but Thanos did have a whole bunch of illegitimate children scattered across the universe, because he just wanted to have some fun.

He eventually killed them all too by blowing up their corresponding planets. The last survivor among his children is Thane, a half-Inhuman who trapped him in the “Living Death”, because like father like son, right?

Everyone knows that Thanos means serious business because of his omnipotence, and after he collected all the six gems, he wanted to give his new toy a test run. With his thirst for death and destruction (and his literal love for Death), he kills half of the world’s population in a single snap of his fingers. All because he wanted to impress Death.

One of the most unique things about Thanos’ crazy character is that he is in love with Death—literally. This gives a whole new meaning to Thanos’ evil deeds, because he’s driven by his feelings and his totally unhealthy obsession with the entity known as Death.

Of course, she usually doesn’t really feel the same way, and she often rejects him or even mocks him, much to his frustration and horror, because Death just can’t be courted. This just goes to show you that nobody—not even the all-powerful Mad Titan—is safe from the pain of a broken heart. If only he’d turn his affections elsewhere, the universe would probably be way better off.

Any terrifying Thanos moments that gave you crippling PTSD?? What are you looking forward to the most when he makes his big-screen debut in Avengers: Infinity War? Do you think he’ll make a terrifying villain, or will he just walk away in handcuffs as he ends up getting caught by the cops? (Yes, that happened. And before that Thanos throne was invented, he had the Thanos-copter too). Let us know what you think in the comments section below!