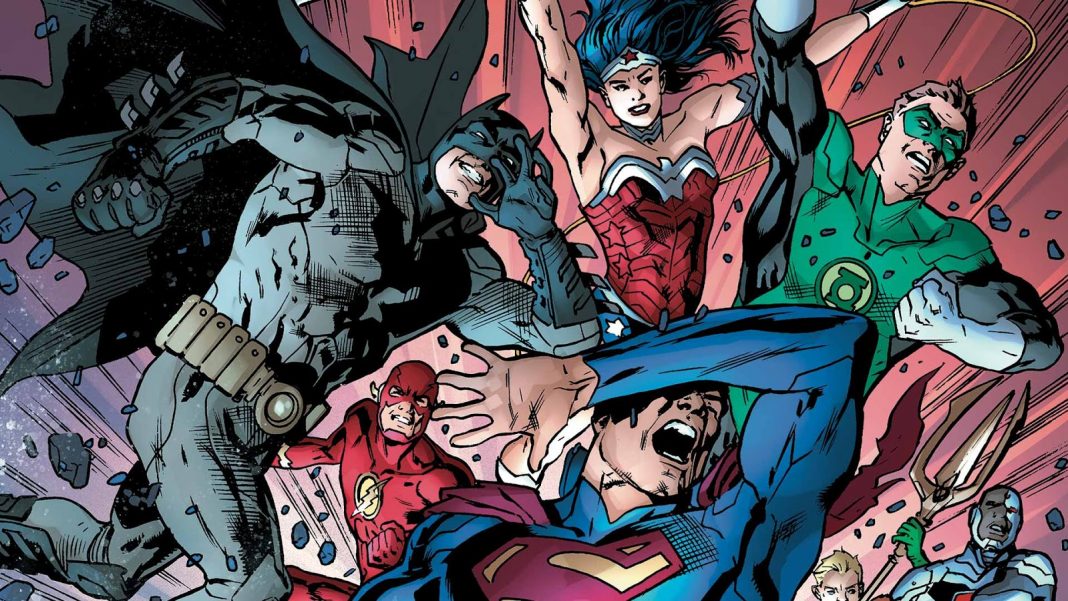 It was bound to happen. You think Batman is “okay” with Amanda Waller conscripting a bunch of elaborately painted and costumed, murder-happy ne’er-do-wells? Is he “okay” with Waller assigning said ne’er-do-wells highly questionable mission objectives at the behest of equally questionable, government agencies? No, he is not, hence the 6-issue Justice League vs. Suicide Squad miniseries kicking off in December.

The 6-issue event pitting Batman and his..uh…’super-friends’ against Amanda Waller and her merry band of immoral misfits drops the first 2 parts in December, and the following 4 issues in January. The event also ties into Suicide Squad #9 and #10, and issues #12 and #13 of Justice League in January.

Batman questions the need for Task Force X in a world where the Justice League already exists. Also, and obviously, he’s not a huge fans of their methods. According to series writer Joshua Williamson, “He decides to put a stop to it.”

Now, this series won’t focus solely on the manipulations and counter manipulations of Batman and Waller as they cleverly slide their superhero chess pieces across the board. This series contains a burgeoning cast of extremely popular, colorful characters, each very deserving of the spotlight. “That’s been one of the biggest challenges, easily: trying to make sure every character has a moment, but isn’t forced,” the writer said. Being very aware of the challenge to incorporate the sizable cast, Williamson sought advice from Chief Creative Officer Geoff Johns; he’s the creative cat who helped plan out the first 2 years of DC’s REBIRTH initiative. With Johns’ help, they boiled it down to certain characters they were eager to explore, including the immensely accurate Deadshot.

Will there be any lasting ramifications brought on by the currently unknown outcome of the series? Apparently, a superhero slug-fest of this magnitude won’t occur in a vacuum. No, sir. In fact, this 6-issue mini will lead to the return of the Justice League of America; this new #1 will hit shelves in February.