Science. What is it? What does it do? Is it that thing that makes the sky blue? Or a rainbow special? Or why you smile when you look at a clown? All of the above…and also why your cell phones work. That last bit probably gets you all on board, right? Joking aside, it looks like everybody’s favorite Science Guy will be returning to the small screen to lay some science down on us all. Bill Nye and all of his glory will soon have a brand spanking new show on Netflix! The new show will be called Bill Nye Saves the World. I knew that above image would be perfect!

“Since the start of the Science Guy show, I’ve been on a mission to change the world by getting people everywhere excited about the fundamental ideas in science,” Bill Nye stated. “I’m excited to be working with Netflix on a new show, where we’ll discuss the complex scientific issues facing us today, with episodes on vaccinations, genetically modified foods and climate change.”

Sounds pretty awesome, eh? It will be nice to see a return of Bill Nye. He has been somewhat active as of late. He has challenged celebrities and politicians to debate science to often hilarious results. Reading the above statement, it makes perfect sense that Bill Nye would want to make a come-back. He understands the weight of his own celebrity. He understands that he actually might be able to make a difference, if only small. Better than nothing right? Unfortunately, Bill Nye Saves the World doesn’t have a specific release date but it should be sometime in 2017. Hopefully somebody will be able to get in there and use science to shore that date up a bit, eh? 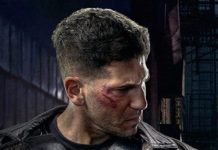