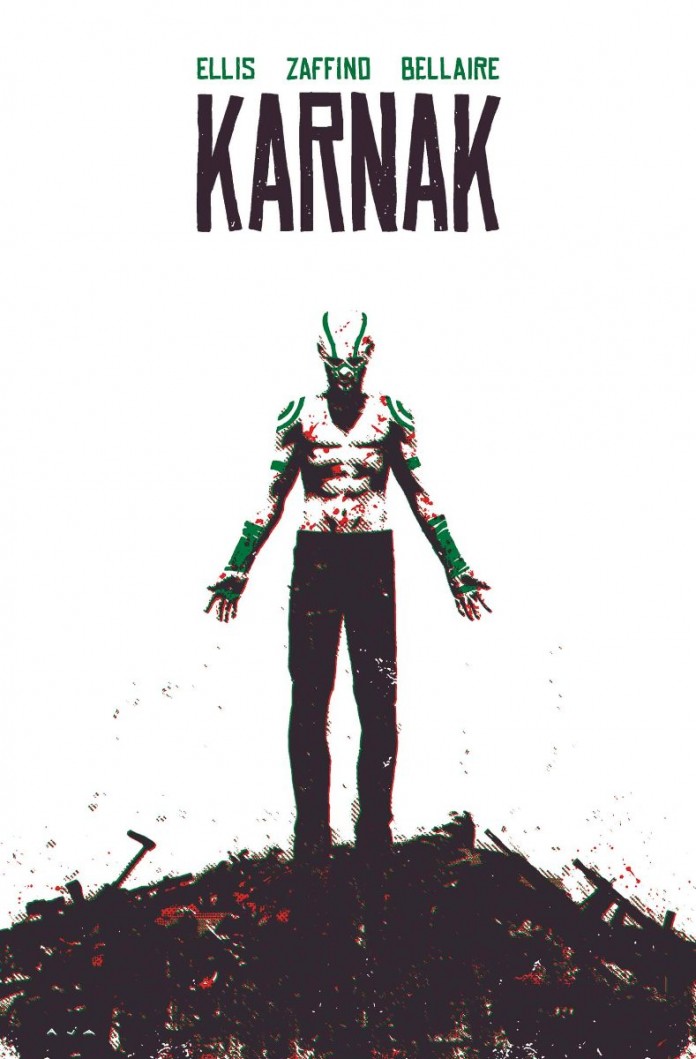 Karnak #2 is your typical Warren Ellis comic. It’s very late, very frenetic, very decompressed, and very potent. It is an oft times brilliant look at a cold and calculating protagonist that focuses on mysticism and integrity. It is sarcastic, cheeky, and cringingly violent.

There is a special flavor to an Ellis protagonist. They are often tired, world weary, unstoppable, bitter, and heroic. Karnak is no different as somehow, Ellis has found an in to the classic character that allows the writer to add a depth to a hero that is often relegated to the background.

Not much happens in this comic; Karnak is on a mission to save a recently empowered Inhuman child from an ambiguous cult-like organization. Karnak brutally cuts through the cannon fodder until he brilliantly arrives at the boss-fight with the twisted leader of the cult. Karnak systematically dismembers the big bad, punches a building, makes it crumble (awesome) and we are done.

Not much right? But this is a Warren Ellis comic and he makes every panel count; every moment is a new, brutal experience into Karnak’s mind and abilities. As usual, Ellis says so much when he says so little. We even get a one page origin of Karnak that features the Inhuman smasher as a baby.

None of this would work if not for Gerardo Zaffino and Antonio Fuso. The artists infuse every panel with a ballet-like, visual choreography of violence. The whole thing is like a Shaw Brothers film come to life as the comic feels like it has a pent-up kinetic energy in every panel.

The ending is a bit hard to understand, but rest assured, even with multiple Inhumans books on the stands these days, Karnak is a graphic experience like no other.